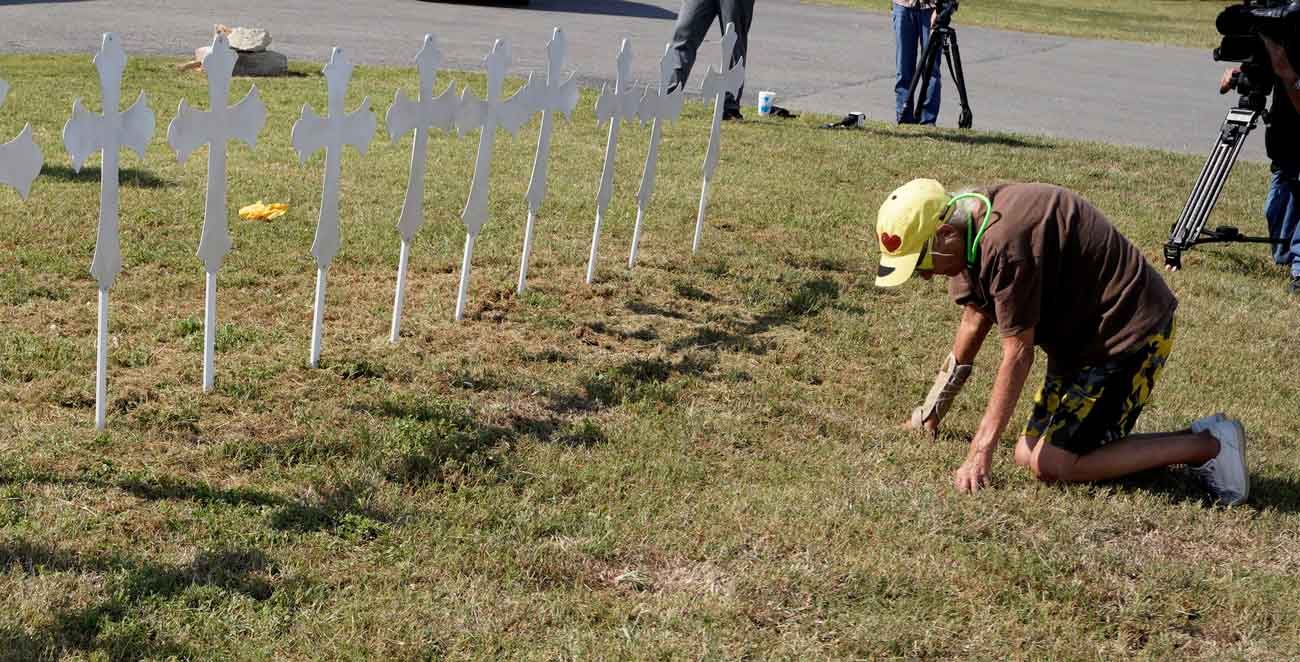 A man prays Nov. 6 in front of 26 crosses erected near the site of the mass shooting at the First Baptist Church of Sutherland, Texas. A lone gunman entered the church during Sunday services Nov. 5 taking the lives of at least 26 people and injuring 20 more. Children were among the dead and injured. (CNS photo/Rick Wilking, Reuters)

WASHINGTON (CNS) — The nation’s leaders “must engage in a real debate about needed measures to save lives and make our communities safer,” said the chairman of the U.S. bishops’ domestic policy committee.

Such debate is essential because “violence in our society will not be solved by a single piece of legislation, and many factors contribute to what we see going on all around us,” said Bishop Frank J. Dewane of Venice, Florida, chairman of the U.S. Conference of catholic Bishops’ Committee on Domestic Justice and Human Development.

“For many years, the Catholic bishops of the United States have been urging our leaders to explore and adopt reasonable policies to help curb gun violence,” Bishop Dewane said.

The Las Vegas and Sutherland Springs gun massacres “remind us of how much damage can be caused when weapons — particularly weapons designed to inflict extreme levels of bloodshed — too easily find their way into the hands of those who would wish to use them to harm others,” he said.

Bishop Dewane said the USCCB continues to urge a total ban on assault weapons, “which we supported when the ban passed in 1994 and when Congress failed to renew it in 2004.”

Other efforts the bishops support include measures that control the sale and use of firearms, such as universal background checks for all gun purchases; limitations on civilian access to high-capacity weapons and ammunition magazines; and a federal law to criminalize gun trafficking.

NEXT: Chicago-area Catholics, Lutherans renew covenant between their churches