Money, even ‘All the Money in the World,’ can’t buy happiness 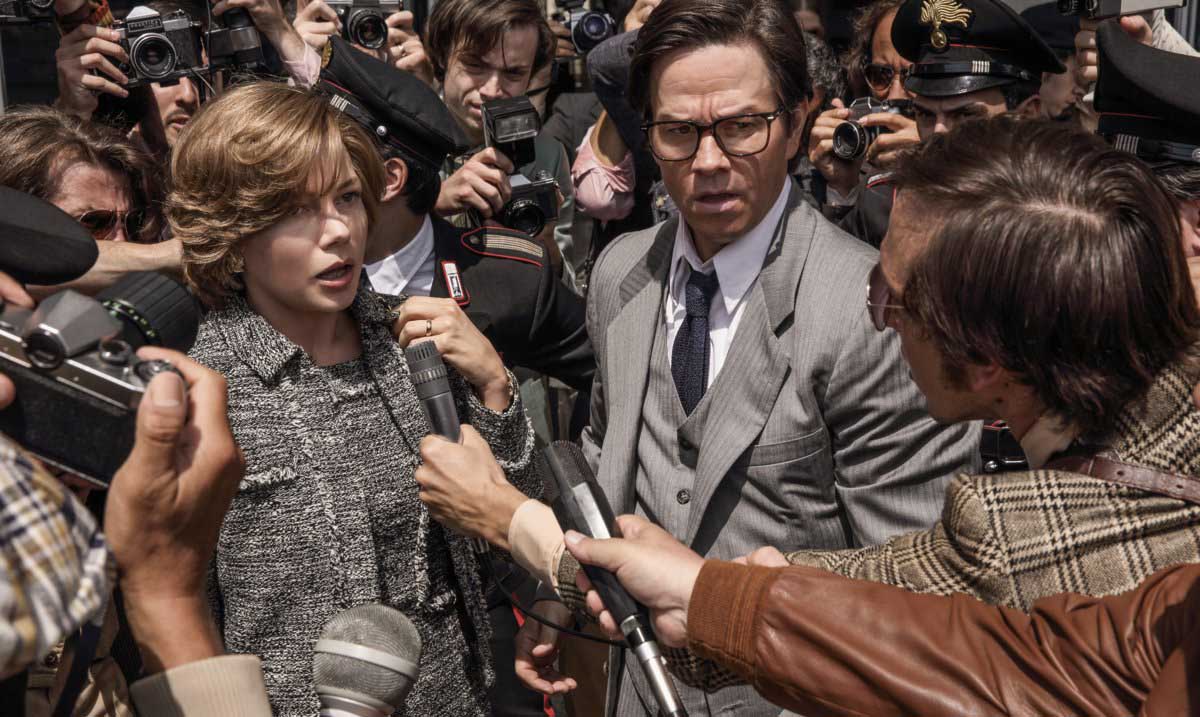 Michelle Williams and Mark Wahlberg star in a scene from the movie "All the Money in the World." (CNS photo/Sony)

NEW YORK (CNS) — By turns suspenseful, darkly comic and stridently moral, “All the Money in the World” (Sony), a slightly fictionalized account of a famous kidnapping, makes a strong case that immense wealth not only can’t buy happiness, it also imposes depths of misery that few ever know.

Occasionally some leaden dialogue, meant to underline a point, slows down the proceedings. But overall, Scott lays out the story so carefully, he doesn’t miss a nuance in all the ways that riches can cloud judgments and warp the soul.

The film is based on the 1973 abduction, in Rome, of John Paul Getty III (Charlie Plummer). The victim was the feckless 16-year-old grandson of J. Paul Getty (Christopher Plummer), an oil tycoon who was, at that time, the world’s only billionaire. The teen muses in a voiceover, “It’s like we’re from another planet where the force of gravity is so strong, it bends the light.”

Unlike Howard Hughes, Getty wasn’t a recluse. But his notion of interpersonal relations went far beyond mere eccentricity.

He ensconced himself in baronial splendor outside London, imagined himself the reincarnation of the Roman emperor Hadrian, and was so miserly that he had a phone booth installed for the use of his houseguests. He also collected ancient art, reasoning that artworks, unlike people, contain a kind of creative soul that might give him comfort — or at the least, wouldn’t annoy him about his wealth.

“Everything has a price,” he grumbles. “The great struggle in life is coming to grips with what that price is.”

In another moment of clarity, he concedes that wealth of his scope always “ruins the children.”

So when his grandson is kidnapped and a demand of $17 million follows, the old man refuses to even consider it on the excuse that, by cooperating, he would subject his 14 other grandchildren to a similar risk.

This puts him into immediate conflict with his former daughter-in-law, Gail (Michelle Williams), the lone moral force of the story. Gail had refused alimony when she and Getty’s alcoholic son, John Paul Getty II (Andrew Buchan), divorced. In exchange, she asked for full custody of their son.

Gail has since gotten by without the old man’s money. She’s immune to the blandishments of riches. But now she has to deal with the kidnappers — who occasionally get in touch via non-traceable pay-phone calls — with the help of ex-CIA agent Fletcher Chace (Mark Wahlberg).

The captors, including John Paul’s “minder,” Cinquanta (Romain Duris), are confused to find that they’re dealing with a dysfunctional family. Their expectations of reasonable, “moral” decisions from Getty are confounded at every turn.

They eventually sell the boy to another, more violent, group who finally get the world’s attention months later when, in another famous moment, they slice off a portion of his right ear and mail it to a newspaper.

Most of the plot is taken up with Gail and Fletcher devising strategies to out-negotiate both the old man and the kidnappers without descending into panic. The result is a complex exploration of large questions about human behavior that never veers into pedantry and that many grown viewers will find compelling.

PREVIOUS: As a nonviolent bull, ‘Ferdinand’ stops to smell the flowers

NEXT: Musical on the life of P.T. Barnum is quite a show