Musical on the life of P.T. Barnum is quite a show 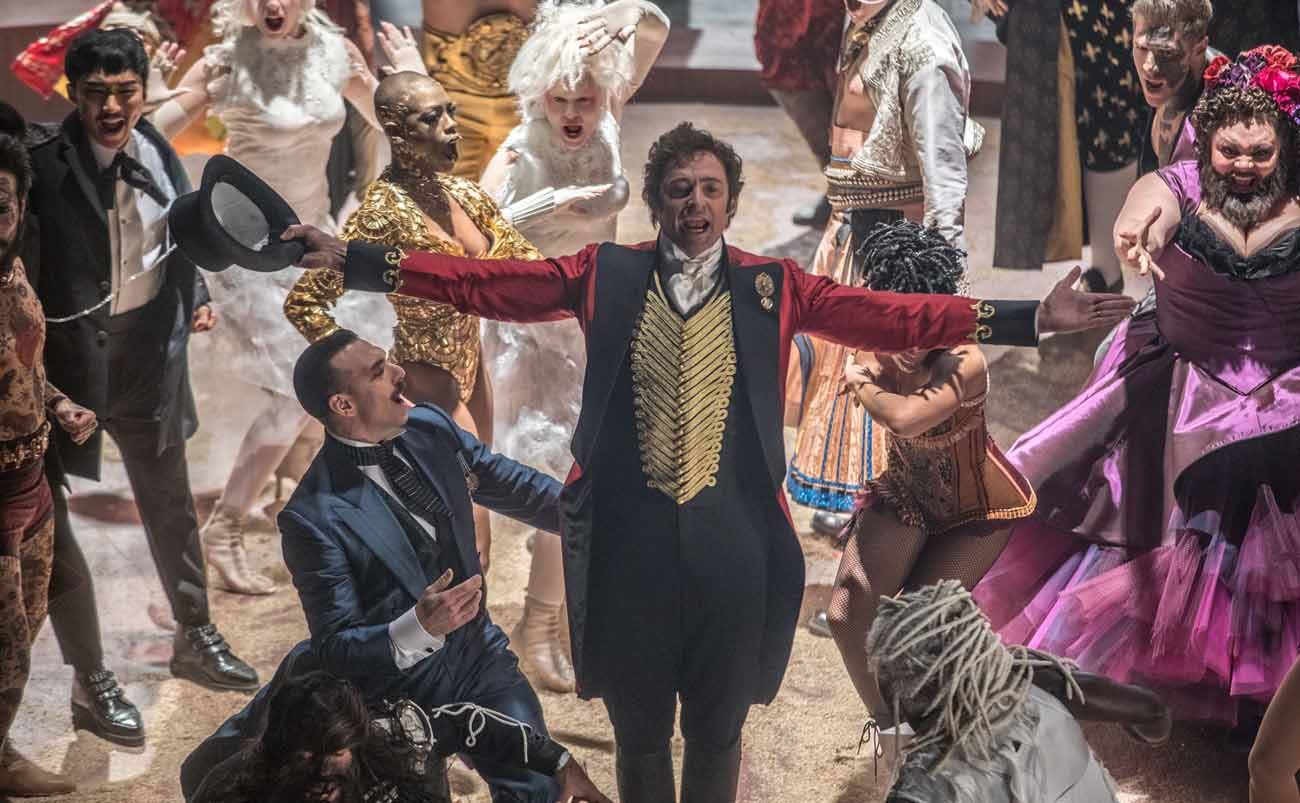 Hugh Jackman stars in a scene from the movie "The Greatest Showman." (CNS photo/Fox)

Ironically, the film arrives in theaters almost seven months to the day after the demise of the 19th-century impresario’s most lasting legacy, the Ringling Bros. and Barnum & Bailey Circus.

Though unlikely to engage the youngest viewers, an emphasis on marital fidelity and family values in general, together with the virtual absence of objectionable material, makes this screen biography appropriate for most others. Moviegoers’ appreciation of it, however, will likely depend on their taste for the Lloyd-Webber style of Broadway and West End theater, whose approach it imitates.

Hugh Jackman leads with his chin in playing Barnum with bring-on-the-lions enthusiasm. Jenny Bicks and Bill Condon’s script, meanwhile, traces its protagonist’s rise from impoverished beginnings to worldwide fame with the kind of occasionally challenged, but ultimately unquenchable, optimism that might have appealed to novelist Horatio Alger.

Barnum gains support in his ascent from his childhood sweetheart, Charity (Michelle Williams), who eventually turns her back on her wealthy and well-bred parents to marry him. Also shunning a genteel background to bolster Barnum’s career is his unlikely business partner, New York socialite Phillip Carlyle (Zac Efron).

Assembling an ensemble of such unusual figures as Lettie Lutz, aka the Bearded Lady (Keala Settle) and dwarf “General,” Tom Thumb (Sam Humphrey), Barnum turns a large profit by exciting the curiosity of the masses. Tensions arise, though, when he shifts his focus away from these loyal performers and friends to concentrate on backing the American premiere of Swedish diva Jenny Lind (Rebecca Ferguson).

Barnum risks his fortune in the effort to promote Lind, hoping thereby to gain the elite standing that has previously eluded him. The fact that this breakthrough may require him to shun those on whom he has built his success fails, initially at least, to deter him.

He is equally blind to the danger his absence on the road with Lind poses to his bond with Charity and their children — not to mention the foreseeable temptation arising from the beautiful soprano’s prolonged company.

There is an implicitly pro-life message underlying director Michael Gracey’s feature debut since its treatment of the social outsiders with whom Barnum surrounded himself strongly vindicates their inherent dignity and entitlement to respect. The picture’s portrayal of Carlyle’s convention-defying romance with African-American trapeze artist Anne Wheeler (Zendaya) is equally in line with Christian morals.

Both these aspects of the plot, however, betray historical naivete in projecting a contemporary outlook backward onto Victorian-era America. The audience is left with the impression that all the gaping inequalities of Barnum’s day might easily have been effaced by a few brassy songs delivered with the requisite zest.

Still, parents on the lookout for wholesome holiday fare will probably refrain from such nitpicking as, perhaps with teens in tow, they take in a love and success story that’s old-fashioned in the best sense.

The film contains some nonlethal violence, a mild oath and a racial slur. The Catholic News Service classification is A-II — adults and adolescents. The Motion Picture Association of America rating is PG — parental guidance suggested. Some material may not be suitable for children.

PREVIOUS: Money, even ‘All the Money in the World,’ can’t buy happiness

NEXT: ‘The Sultan and the Saint’ looks at little-told part of St. Francis’ life