‘The Sultan and the Saint’ looks at little-told part of St. Francis’ life 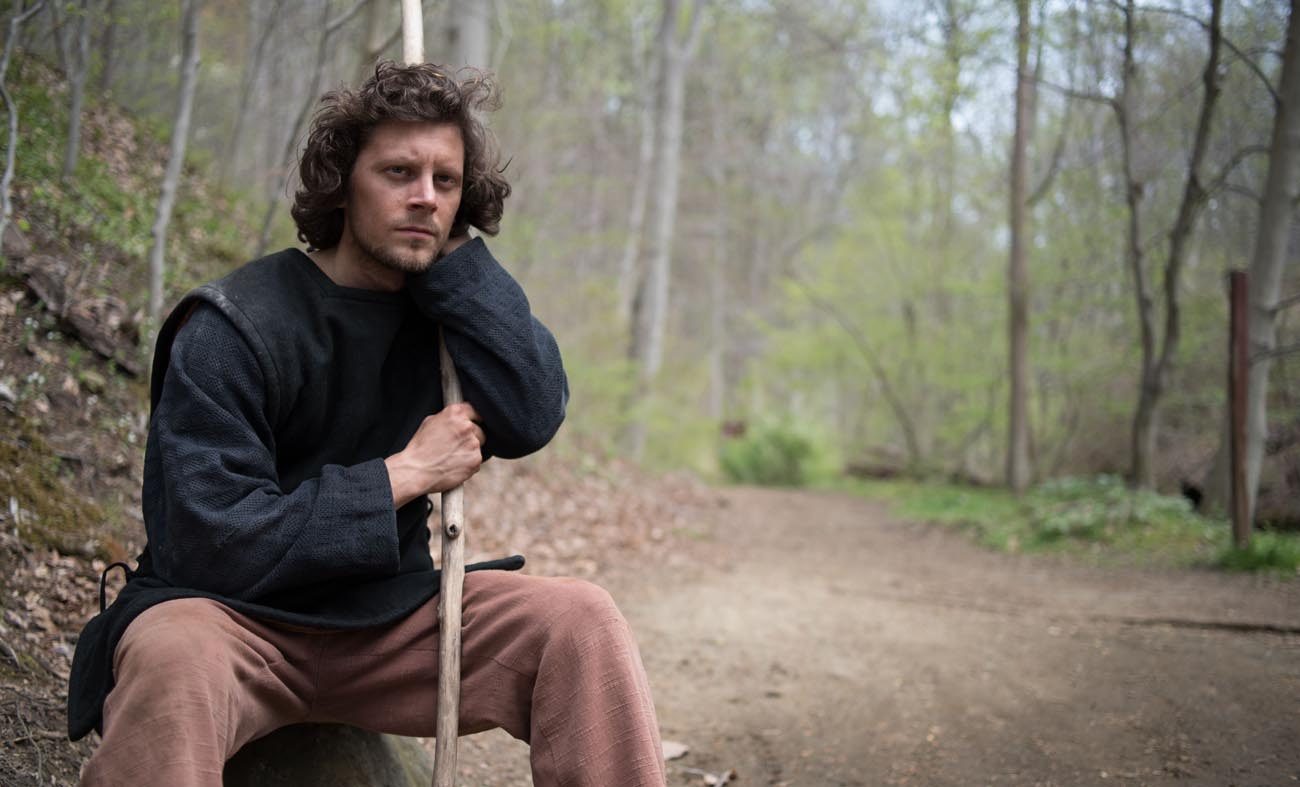 Alexander McPherson portrays St. Francis of Assisi in a scene from the documentary "The Sultan and the Saint, which premieres Dec. 26 on PBS. (CNS photo/Jonathan Mount, UPF)

NEW YORK (CNS) — Scores of books and films were produced about St. Francis of Assisi prior to Cardinal Jorge Bergoglio’s 2013 election as pope, the first one to take the name Pope Francis.

But since then, a new generation of Catholics has rediscovered the 13th-century saint, whose visionary embrace of all creation resonates with them.

Producers of the new docudrama “The Sultan and the Saint” seize the opportunity created by renewed interest in Francis to tell, to their credit, a chapter from his story not as well-known as others. The uneven, but likably earnest, show debuts on PBS stations Tuesday, Dec. 26, 8-9 p.m. EST (check local listings).

“The Sultan and the Saint” contains realistic yet nongraphic war scenes, depictions of religious persecution and hunger, but nothing objectionable. The show is, accordingly, suitable viewing for adults and teens.

In the 1220s, the time of these leaders’ meeting, “Muslims and Christians,” the script explains, “had been fighting for more than 120 years.” In 1095, Pope Urban II, according to the filmmakers’ account, saw an opportunity to reunite the Eastern and Western churches by recapturing Jerusalem from the Muslims, who had controlled the ancient city for more than four centuries.

In 1218, a Fifth Crusade was attempting to lay siege to the Egyptian city of Damietta, which lay on a key trade route. If the Crusaders gained control of it, they could reassert Christian dominance in the region. Pope Honorius III’s emissary, Cardinal Pelagius (Eric Kramer), was this attack’s chief instigator and Francis’ and al-Kamil’s mutual adversary.

As the Egyptian army’s commander, according to the filmmakers, the sultan was an unusual leader, one who embraced the differences between Muslims and Christians. “God made us separate,” he says, “so we could learn from each other and not harm each other.”

As a young man, Franciscan Father Michael Calabria says on-camera, Francis “was a bon vivant and a man about town,” as well as a soldier. But, after a year of being a prisoner of war, Paul Moses, author of the award-winning book “The Saint and the Sultan,” observes, “he was shattered and hollowed out.”

Thereafter, he spent a year in the countryside where, Moses notes, he embraced a life of voluntary poverty, penance and peace. His example attracted other young men to his new Franciscan order, which was established in 1209 with Pope Innocent III’s blessing.

Francis travels to Damietta because he believes “the Gospel of Christ” will convince the Muslim Army to “put away their swords.” First, he must overcome the objections of Pelagius who, Moses says, “had a vested interest in the war” — because of which 80,000 Egyptians were dying of starvation.

More disposed to peace, the sultan invites Francis to his camp, and the future saint spends several weeks there. Francis initially tries to convert the Muslims. But their devotion to praying five times daily compels him to rework his own order’s rule, urging his followers to pray as fervently as their Islamic counterparts.

Meeting Francis also has a lasting impact on al-Kamil. As the war progresses, the Egyptians regain the upper hand, and the Christians face starvation. The sultan, following Francis’ example, furnishes bread and barley, which sustains his enemies.

Balancing the film’s hybrid nature, Kronemer emphasizes the documentary over the drama, and viewers are told about these remarkable meetings, but don’t see how they transformed the men who participated in them. If the actors had played out what must have been striking exchanges more fully, “The Sultan and the Saint” would engage viewers more.

Nonetheless, in our era of upheaval, the show asks an important question: How can anyone stop the violence in a seemingly endless conflict? The filmmakers’ sincere hope that our common humanity can vanquish sectarian strife will ultimately win viewers over to “The Sultan and the Saint.”

PREVIOUS: Musical on the life of P.T. Barnum is quite a show

NEXT: If you think kids are lost in games, ‘Jumanji’ shows it could be worse