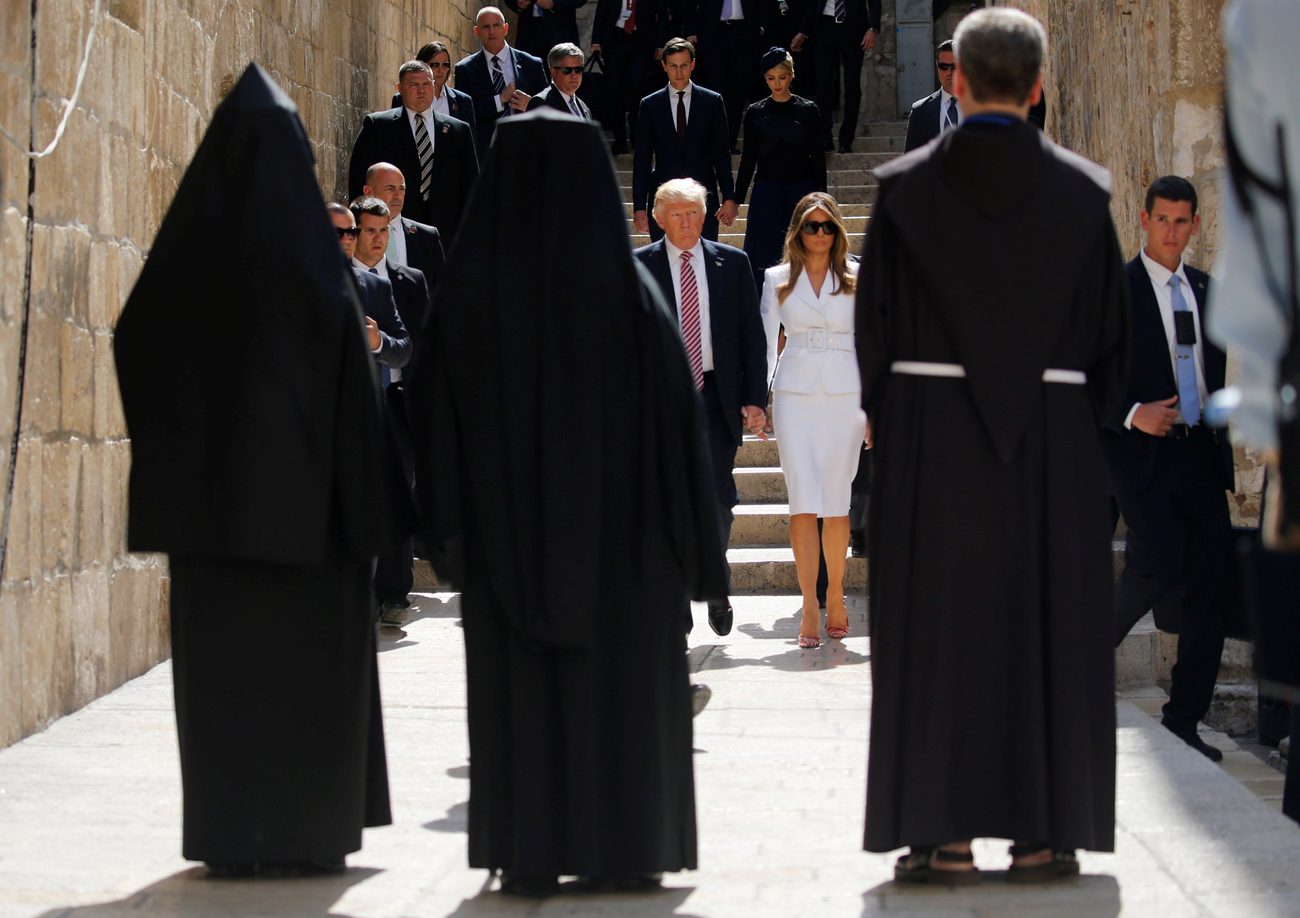 U.S. President Donald Trump and first lady Melania Trump walk out of Jerusalem's Church of the Holy Sepulcher May 22. Following reports that the president planned to recognize Jerusalem as the capital of Israel, Pope Francis expressed his concern that such a move would further destabilize the Middle East. (CNS photo/Jonathan Ernst, Reuters)

UPDATED — VATICAN CITY (CNS) — Following reports that U.S. President Donald Trump planned to recognize Jerusalem as the capital of Israel, Pope Francis expressed his concern that such a move would further destabilize the Middle East.

Pope Francis said he could not “keep silent about my deep concern” for Jerusalem and urged respect for “the status quo of the city in accordance with the relevant resolutions of the United Nations.”

The pope spoke at the end of his weekly general audience Dec. 6, the same day Trump announced his decision to move the U.S. embassy to Jerusalem from Tel Aviv, fulfilling a promise he made during his presidential campaign.

Former presidents Bill Clinton and George W. Bush had made the same promises during their campaigns, but once in office, they did not carry through with the move, citing its potential negative impact on Israeli-Palestinian peace talks.

According to Vatican Radio, the pope received a telephone call from Palestinian President Mahmoud Abbas Dec. 5 regarding Trump’s plan to move the U.S. embassy to Jerusalem.

The conversation was “part of a series of contacts made by the president of the Palestinian National Authority after his conversation with Donald Trump during which — according to Abbas’ spokesman — the U.S. president announced his intention to move the American embassy,” Greg Burke, Vatican spokesman, told Vatican Radio.

The Vatican supports a “two-state solution” for the Holy Land with independence, recognition and secure borders for both Israel and Palestine.

At the same time, the Vatican consistently has called for a special status for Jerusalem, particularly its Old City, in order to protect and guarantee access to the holy sites of Judaism, Christianity and Islam.

In his appeal, Pope Francis said, “Jerusalem is a unique city, sacred to Jews, Christians and Muslims who venerate the holy places of their respective religions, and has a special vocation to peace.” 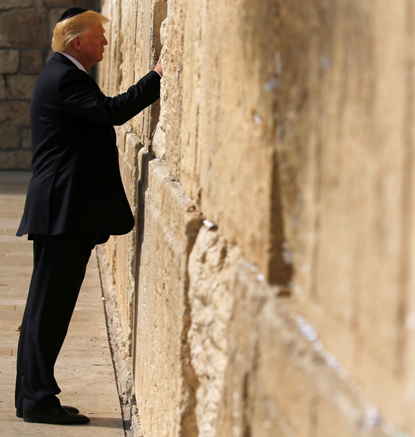 U.S. President Donald Trump places a note in the Western Wall in Jerusalem May 22. Following reports that Trump planned to recognize Jerusalem as the capital of Israel, Pope Francis expressed his concern that such a move would further destabilize the Middle East. (CNS photo/Jonathan Ernst, Reuters)

The internationally unsettled status of Jerusalem and its central importance to Jews, Muslims and Christians explains why, while recognizing the state of Israel, no nation has its embassy in the holy city.

“I pray to the Lord that this identity would be preserved and strengthened for the benefit of the Holy Land, the Middle East and the whole world and that wisdom and prudence would prevail, to avoid adding new elements of tension in a world already shaken and scarred by many cruel conflicts,” the pope said.

Before the audience, Pope Francis met with religious leaders from Palestine attending a meeting sponsored by the Pontifical Council for Interreligious Dialogue.

However, a key condition for dialogue is mutual respect and a commitment to strengthen that respect “for the sake of recognizing the rights of all people, wherever they happen to be,” he said.

PREVIOUS: Bangladesh, Myanmar youths are a sign of hope for Asia, pope says