As ‘Early Man’ understood, greed will get you nowhere 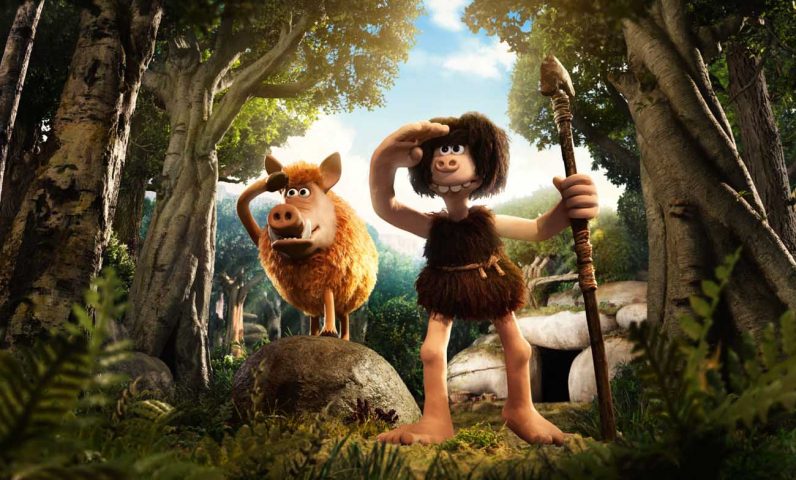 With its all-British cast, and despite a plot that will probably appeal more to soccer-loving Europeans than many Americans, especially in anticipation of the 2018 World Cup this summer, the film manages to bring its fun, generally family-friendly story vividly to life.

It also delivers a healthy dose of slapstick comedy, as well as gags and allusions that will keep the adults in the audience laughing.

Teenage caveman Dug (voiced by Eddie Redmayne) lives a contented life. But, as he tells his best buddy, Hognob (voiced by Park), it might be fun to try catching a woolly mammoth, instead of just rabbits, for food.

When he brings his idea to his tribe’s Chief Bobnar (voiced by Timothy Spall), he’s told that the group have always been rabbit hunters — and that should be good enough. It’s only after the tribe’s valley is threatened by Lord Nooth (a French-accented Tom Hiddleston), who wants to turn it into a mine, that they are forced to show some initiative and work together to save their home.

This fish-out-of-water story finds Dug, accidentally stuck in the back of a cart, traveling to the Bronze Age city Lord Nooth rules where he’s surrounded by, well, bronze things, the likes of which he’s never seen before.

Brought before Lord Nooth, he strikes a deal with the tyrant: a soccer match will determine the outcome. If the cavemen win, they get to go back to their valley. If Real Bronzio (as the Bronze team is called) wins, the cavemen will work in the mines.

Dug heads home with the gargantuan task of teaching a tribe that can barely catch a rabbit to play soccer.

Luckily, he’s aided by Goona (voiced by Maisie Williams), a Bronze Age woman who loves and excels at the “beautiful game” but is not allowed on the “sacred turf” because of her gender. With Goona’s help and the conviction that he is following in the footsteps of his ancestors, Dug improvises a potentially winning team.

As written by Mark Burton and James Higginson, “Early Man” will have the kids in the audience cheering for Dug and the grownups rolling their eyes at the antics of the characters. Still, the movie celebrates kindness, family and the merits of working together. It also sends the message that greed will get you nowhere.

The film contains brief animated rear nudity, one crass term and some suggestive humor. The Catholic News Service classification is A-II — adults and adolescents. The Motion Picture Association of America rating is PG — parental guidance suggested. Some material may not be suitable for children.

PREVIOUS: Teens get a fresh look at the original tough-guy hero, ‘Samson’

NEXT: With ‘Black Panther,’ racial empowerment is thoughtful and fun