With ‘Black Panther,’ racial empowerment is thoughtful and fun 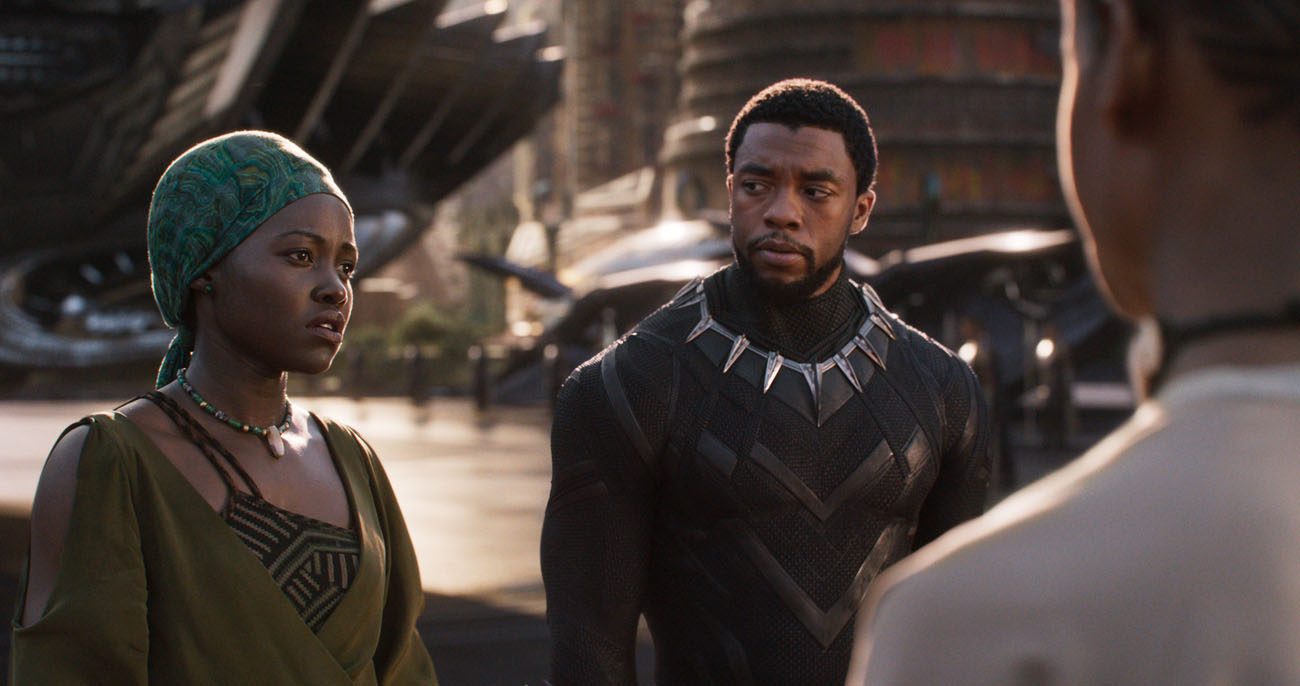 Director and co-writer Ryan Coogler’s adaptation of a series of Marvel Comics — Stan Lee and Jack Kirby first launched the character of the title in 1966 — is sprawling, energetic, lightened by some clever humor but, ultimately, overlong.

Though the mayhem on screen, which ranges from hand-to-hand combat to a high-flying, high-tech dogfight, is treated with restraint, touches of vulgarity may give some parents of older teens pause. Weighing on the other side of the scale, however, is the racial empowerment that drives the narrative and the significant themes the film tackles in a thoughtful way.

The primary setting of “Black Panther” is the imaginary — and secret — African kingdom of Wakanda. As straightforward exposition at the start of the movie explains, Wakanda’s inhabitants have, over the centuries, made use of a super-powerful mineral, vibranium, to achieve both prosperity and a range of technological wonders unknown to the outside world.

When Wakanda’s young prince, T’Challa (Chadwick Boseman) assumes the throne, and thereby becomes the Black Panther, he intends to continue the policy of his late father, King T’Chaka (John Kani), by keeping Wakanda concealed from foreigners. But he faces two principal challenges.

One involves South African arms dealer Ulysses Klaue (Andy Serkis). Klaue has managed to infiltrate Wakanda and steal a stock of vibranium, which he aims to sell to the highest bidder.

The other concerns the ongoing consequences of a long-ago family conflict (involving Michael B. Jordan) that has the potential to dethrone T’Challa and destabilize Wakanda.

In tackling these problems, T’Challa is aided by his tech-savvy sister, Shuri (Letitia Wright). Nakia (Lupita Nyong’o), the woman he would like to make his queen, Okoye (Danai Gurira), the leader of his army’s band of fierce female warriors, and, eventually, by Everett K. Ross (Martin Freeman), a CIA agent out to foil Klaue.

Real-world preoccupations are incorporated into this sci-fi-tinged action adventure. The Wakandans, for instance, debate whether they should put their own security at risk in order to assist downtrodden people of color in other nations.

Plot developments also present characters with moral choices. Faced with the kind of evil embodied by Klaue — an unreconstructed apartheid-era Afrikaans of the nastiest stripe — should one pursue vengeance or accept justice? The divergent paths of violent revolution and peaceful reform are also contrasted.

Ceremonies and customs drawn, however indirectly, from indigenous African religions are showcased. But they are contained within the picture’s framework of fantasy, and will probably not cause mature adolescents any spiritual confusion.

The film contains nonscriptual religious ideas and practices, much stylized violence with minimal gore, several crude and at least one crass term and an obscene gesture. The Catholic News Service classification is A-III — adults. The Motion Picture Association of America rating is PG-13 — parents strongly cautioned. Some material may be inappropriate for children under 13.

PREVIOUS: As ‘Early Man’ understood, greed will get you nowhere

NEXT: Likable sitcom ‘Living Biblically’ on CBS needs to be funnier