‘Midnight Sun’ an inspiring, modern remake of ‘Romeo and Juliet’ 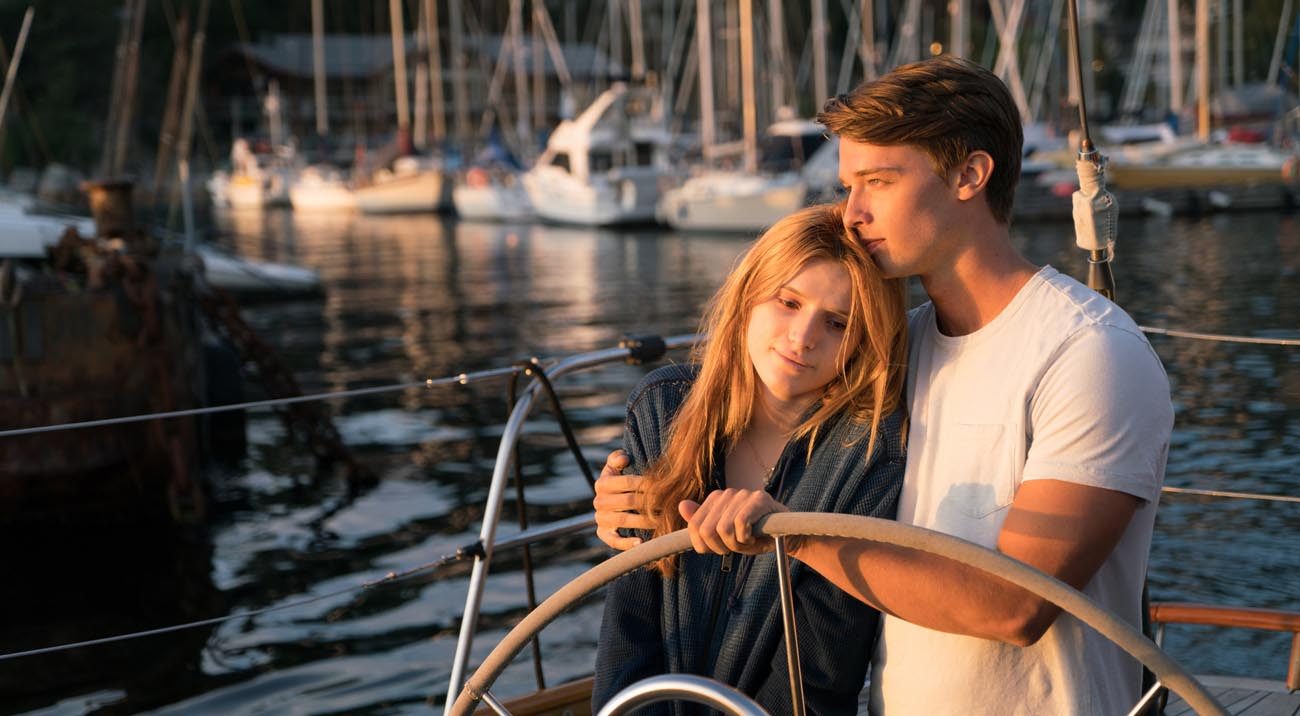 NEW YORK (CNS) — More than four centuries have passed since William Shakespeare wrote the mother of all love stories, “Romeo and Juliet.” Since then, there have been countless variations on his tale of teenage star-crossed lovers.

The latest iteration is “Midnight Sun” (Open Road), an inspiring remake of the 2006 Japanese film “Song to the Sun.”

Granted, director Scott Speer (“Step Up Revolution”) and screenwriter Eric Kirsten do not aspire to the lofty heights of the great Bard of Avon. But they have crafted a sweet, heartfelt movie that presents a refreshing view (for Hollywood, that is) of young people who are not behaving badly.

Katie Price (Bella Thorne) has lived a sheltered life since she was little due to a rare genetic condition called xeroderma pigmentosum, or XP. Any exposure to sunlight can prove fatal, and there is no cure. So Katie has remained indoors during the day, playing her guitar, writing songs and watching the world go by from her window.

Home-schooled by her overprotective father, Jack (Rob Riggle), Katie is now 17 and ready to graduate high school. Encouraged by her best friend, Morgan (Quinn Shephard), she longs to experience the great wide world outside — but only after the sun goes down.

One evening, Katie walks to the local train station, sits down, and performs for passers-by. She catches the eye of her long-time crush, Charlie (Patrick Schwarzenegger), whom she has secretly watched from her bedroom window for years.

Charlie is the big man on the high school campus. But he’s also thoughtful and reserved, and shuns the party scene. Katie is a breath of fresh air.

Seeing her scribble in her journal, Charlie is entranced. “I like that you still hand write,” he says. “That’s so old school.”

Romance blossoms as the two meet nightly. Katie, afraid to ruin the mood, resists telling Charlie about her illness. “I just need a little longer, being someone more than just a disease,” she tells her dad.

It’s not hard to predict where “Midnight Sun” heads next. In spite of some scenes of raucous partying, mature teens will benefit from this old-fashioned romance with its positive role models and good lessons in love and compassion.

The film contains scenes of underage drinking, some mild sensuality and one crude term. The Catholic News Service classification is A-II — adults and adolescents. The Motion Picture Association of America rating is PG-13 — parents strongly cautioned. Some material may be inappropriate for children under 13.

PREVIOUS: ‘Unsane’ shows a world where ‘insane’ is just a profit motive

NEXT: Players in ‘Sherlock Gnomes’ are stiff, but harmless