‘Unsane’ shows a world where ‘insane’ is just a profit motive 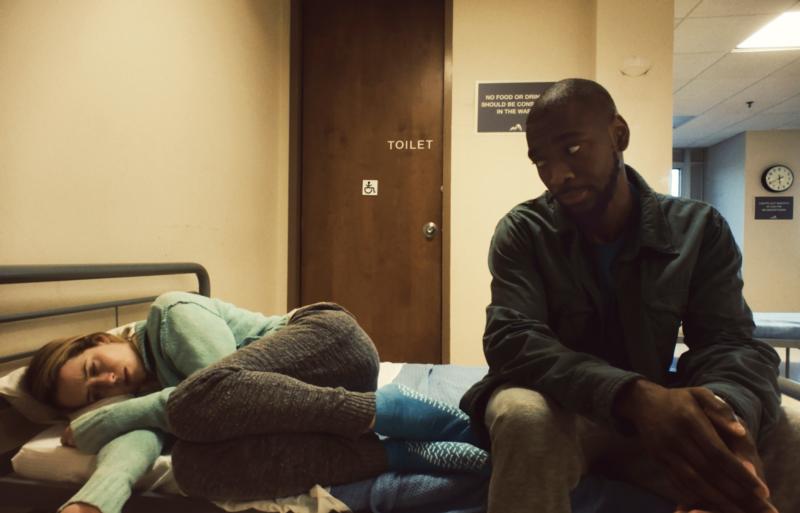 Claire Foy and Jay Pharoah star in a scene from the movie “Unsane.” (CNS photo/Bleecker Street)

NEW YORK (CNS) — The “trapped in a mental asylum” suspense genre hasn’t been trotted out much in recent years. “Unsane” (Bleecker Street) shows us why.

Sawyer (Claire Foy), a financial analyst in Philadelphia who suffers from mental health issues as a result of having been stalked at a previous job, visits a psychiatric facility to speak to a counselor. Unbeknownst to her, she’s at one of a chain of predatory centers that, at the mere mention of suicidal thoughts, involuntarily commit patients for at least seven days in order to collect insurance fees.

“As soon as the money runs out — you’re cured,” another patient, Nate (Jay Pharoah), informs her.

Sawyer can endure the short-term annoyance and the harassment from other patients. But events take a darker turn when she becomes convinced that her former pursuer, David (Joshua Leonard), is now working as an orderly at the facility under an assumed name. He’s also dispensing her medication.

Naturally, Sawyer is far too volatile to get anyone to see things her way, and not even her mother, Angela (Amy Irving), is able to help her.

As directed by Steven Soderbergh and scripted by Jonathan Bernstein and James Greer, “Unsane” advances along predictable lines after that — with the significant weakness that, despite all the efforts to show that Sawyer and reality are not tightly welded, the audience is tipped to the truth early on.

So now it’s only a matter of figuring out how Sawyer escapes, and whether anyone gets murdered along the way.

For those not gripped by these eventualities, lots of old canards about the mentally ill, brutal uncaring nurses and the overall mindlessness of for-profit health care are on display.

NEXT: ‘Midnight Sun’ an inspiring, modern remake of ‘Romeo and Juliet’