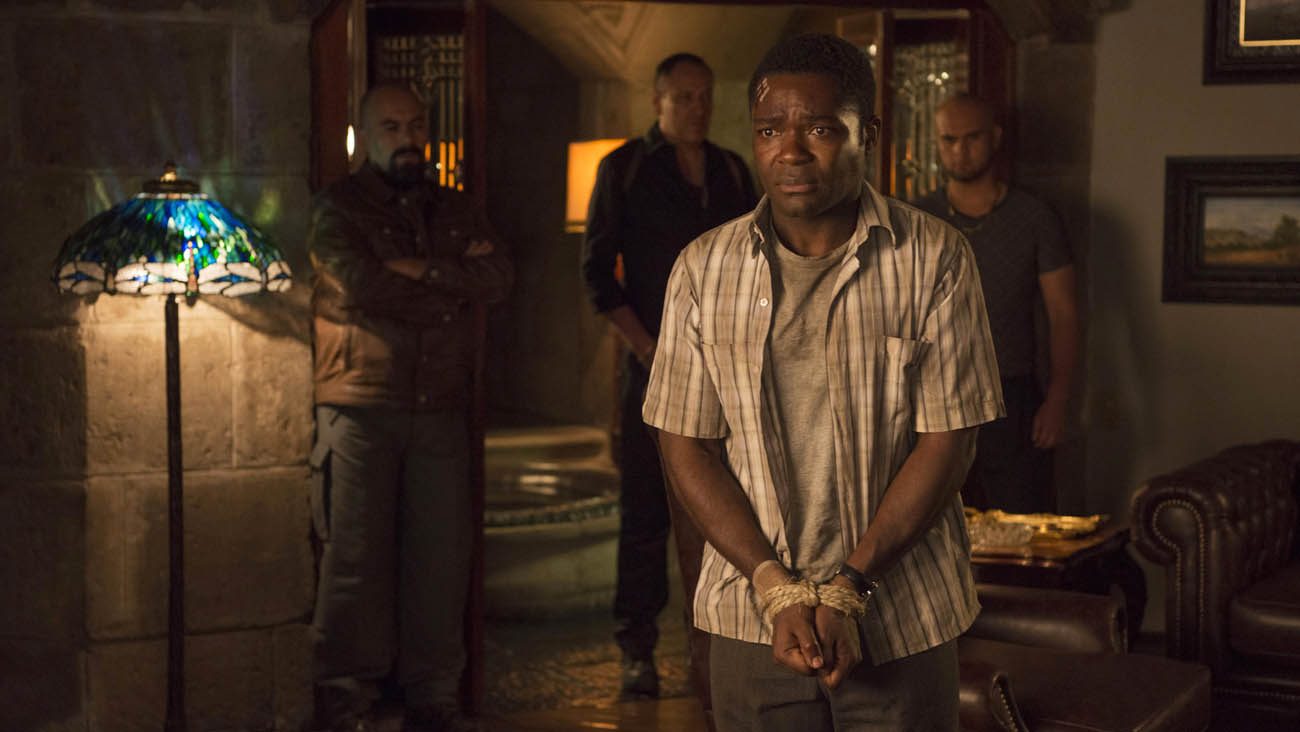 David Oyelowo stars in a scene from the movie "Gringo." (CNS photo/Amazon Studios)

NEW YORK (CNS) — Moral dilemmas come fast and furious in “Gringo” (STX), a dark, but somehow not cynical, comedy about avarice and its near-instant consequences.

Although this is not family fare, adult viewers who enjoy interlocking subplots — they’re piled almost too high — quirky dialogue and car chases can get their fill here. Had this been made more elegantly, director Nash Edgerton and screenwriters Anthony Tambakis and Matthew Stone might have ended up with an Alfred Hitchcock suspense homage.

David Oyelowo is Harold, an operations manager for a corrupt Chicago-based pharmaceutical corporation. The Nigerian immigrant’s life of honest devotion to wife Bonnie (Thandie Newton) and his career have blinded him to the cold fact that Bonnie is cheating on him with his boss, Richard (Joel Edgerton, the director’s brother) — who keeps reminding Harold that he was hired as a personal favor.

Richard and his nefarious “co-president,” Elaine (Charlize Theron), who relies on advancement through sex, hope to cash in with a merger that will cost hundreds of jobs. They’re also selling their new medical-marijuana pills to a Mexican drug cartel.

They send the gullible Harold south of the border to seal this deal. But Harold, deeply in debt and fearful for his job, instead decides to announce that he’s been kidnapped and held for ransom.

This moment of raw greed and desperation sets all the subplots in motion, including cartel thugs in pursuit and Richard’s plan to enlist his brother, Mitch (Sharlto Copley), ostensibly a humanitarian who manages emergency relief in Haiti, to murder Harold for an insurance payoff.

The mercenary Mitch is a reflective type who, after learning that Harold has a religious faith, asks him why Peter, who denied Jesus, became a saint while Judas, who betrayed Jesus, is scorned.

There’s no time to learn the answer to this question, however — there are cars to be crashed and guns to be fired. The plot speeds to a resolution that, while flawed, does acknowledge the necessity of structured justice in a chaotic world.