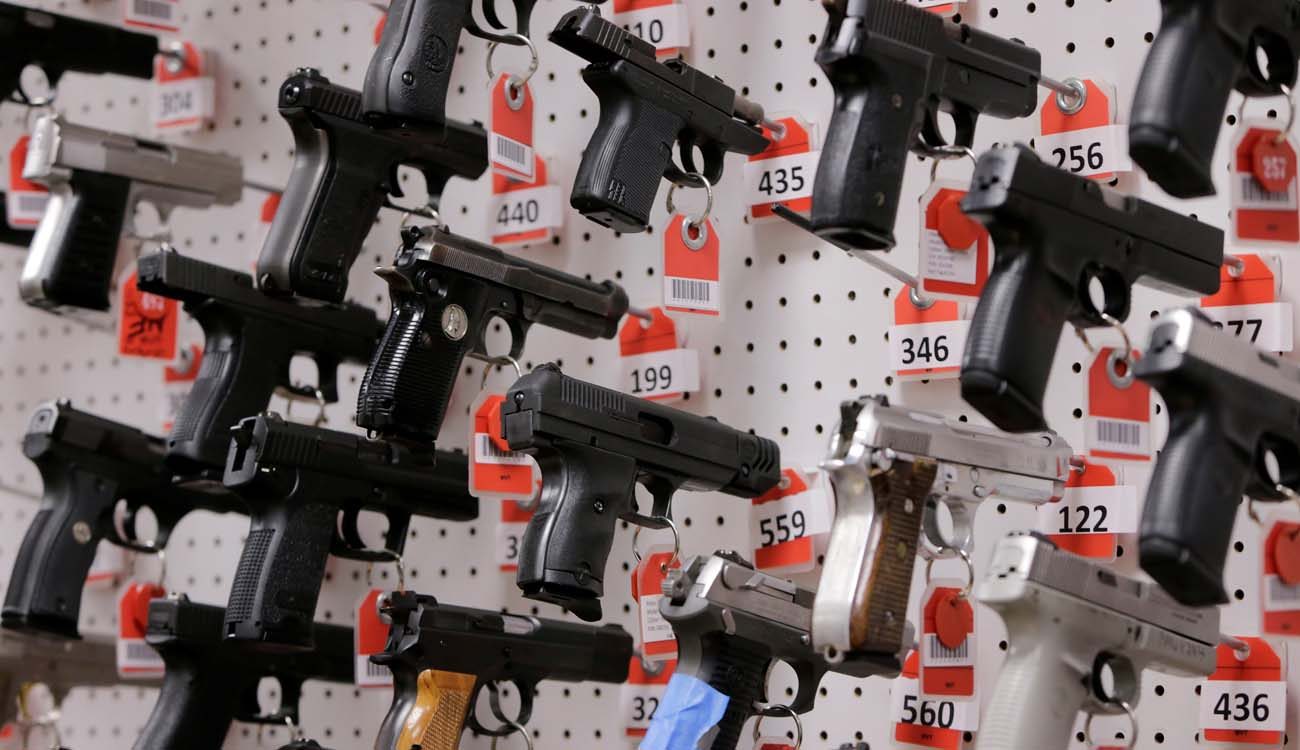 Automatic handguns are shown in the weapons vault at the U.S. Bureau of Alcohol, Tobacco and Firearms National Laboratory Center in Beltsville, Md., in this 2013 file photo. (CNS photo/Gary Cameron, Reuters)

WASHINGTON (CNS) — In a Feb. 28 open letter to President Donald Trump and members of Congress, Jesuit Father Michael Sheeran, president of the Association of Jesuit Colleges and Universities, urged U.S. leaders to listen to the teens who survived the Parkland, Florida, school shooting and help them “fix this” plague of gun violence in our country.

“We adults have repeatedly failed to fix this singularly American phenomenon,” said the priest on behalf of the 28 Jesuit colleges and universities in the U.S.

He called the Feb. 14 school shooting at Marjory Stoneman Douglas High School a national tragedy but also said that since it occurred, there have been signs of hope through the voices of its “poised, articulate young survivors.”

“It is not lost on us that none of them were even born when the Columbine High School killings in Littleton, Colorado, claimed 13 lives. Yet the shootings have gone on and on,” Father Sheeran added, referring to the 1999 school shooting.

The priest urged U.S. political leaders to listen to the teens from Parkland and “not cruelly disparage them in this time of trauma, grief and anger.”

He quoted Pope Francis, who said: “Dear young people, do not bury your talents, the gifts that God has given you. Do not be afraid to dream of great things.”

Father Sheeran said “ending the horrific mass killings in our schools and streets is a great thing we all are called to do” and he urged the president and members of Congress to “to listen and to fix this indeed.”

The Sisters of Bon Secours similarly urged political leaders to take action against gun violence. In a Feb. 28 statement, they said that as a member of the group Faiths United Against Gun Violence — that includes several Catholic organizations and men’s and women’s religious orders — they were asking elected officials to take up legislation that requires universal background checks and mandatory waiting periods for all gun purchases; bans civilian ownership of high-capacity weapons and magazines; and makes gun trafficking a federal crime.

These actions echoed similar pleas issued by the Leadership Conference of Women Religious in a Feb. 23 statement. The sisters, emphasizing the Parkland shooting, asked: “Where is the outrage? Have we become immune to the horror? Why are elected officials unwilling to confront the epidemic of gun violence that is sweeping the nation? When will the killing stop?”

During a Feb. 28 news conference in Springfield, he said: “The time for words is over. What is required now is action. Our elected officials may not be able to do everything all at once, and they may not be able to save everyone. But in the name of those murdered children, they must act in a bipartisan way to begin the process of walking away from the moral compromises that doom our society to inaction.”

Hours later, the Illinois House passed gun control legislation that included setting 21 as the minimum age for someone to possess a semiautomatic assault weapon; banning so-called bump stocks, devices used to make a semiautomatic gun act like a fully automatic weapon; and instituting a 72-hour waiting period for the sale of any assault weapon.

PREVIOUS: People from all walks of life wait hours to pay respects to Rev. Graham

NEXT: Franciscan Brothers of Peace, others walk alongside victims of torture