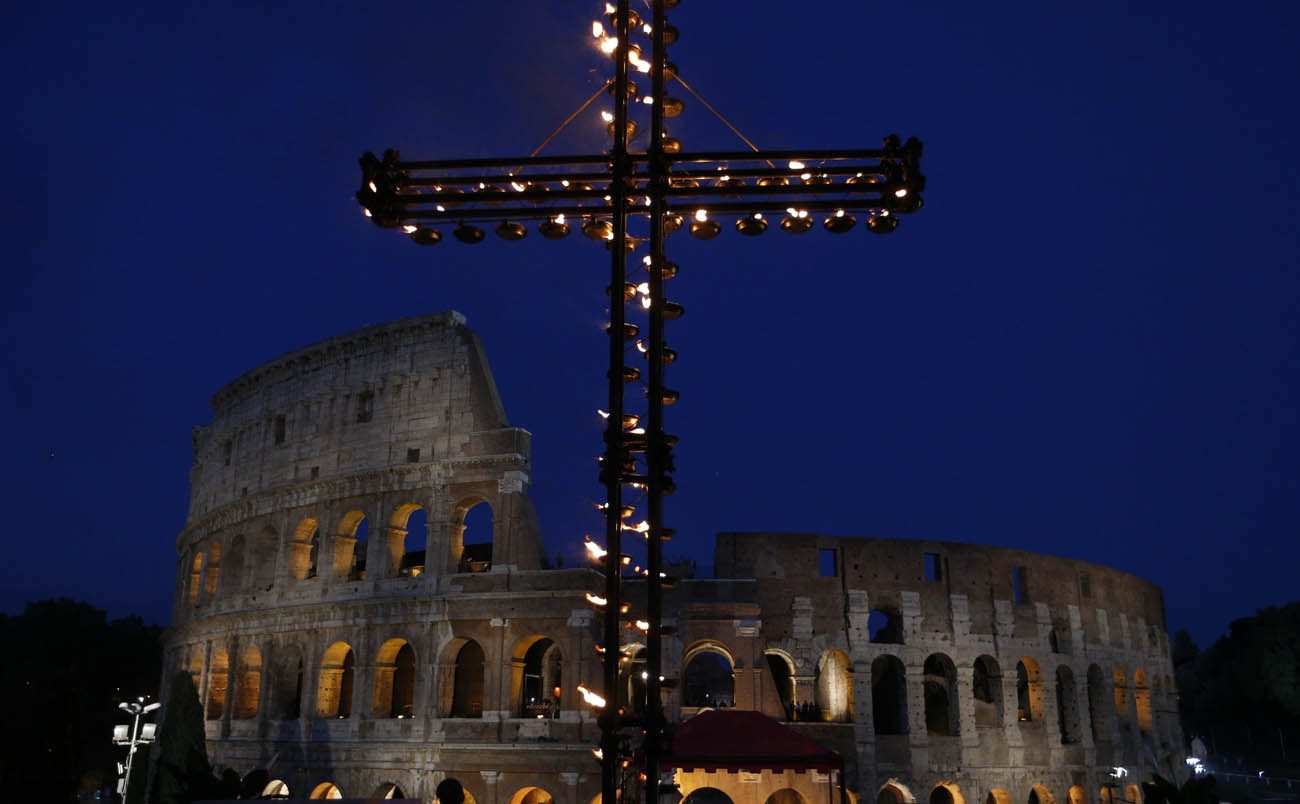 The Colosseum is pictured before the Way of the Cross on Good Friday in Rome in this April 14, 2017, file photo. The pope has asked a group of young people to write the meditations for this year's Way of the Cross at the Colosseum. (CNS photo/Paul Haring)

VATICAN CITY (CNS) — In light of this year’s Synod of Bishops on young people, Pope Francis has asked that the Way of the Cross meditations be written by a group of students.

An Italian high school religion teacher was coordinating the texts that will be written by 15 of his students in Rome, the Vatican announced March 8.

Each year, the pope asks a different person or group of people to write the meditations for the nighttime Holy Week event at Rome’s Colosseum. This year, Good Friday falls on March 30.

The pope named Andrea Monda, an Italian writer with a degree in law and a degree in religious studies, who quit his job in the legal department of an Italian bank to teach high school religion class. He was overseeing and collecting the different texts for the 14 stations of the cross, the Vatican said.

NEXT: Pope urges Catholics to dialogue with government leaders to help migrants