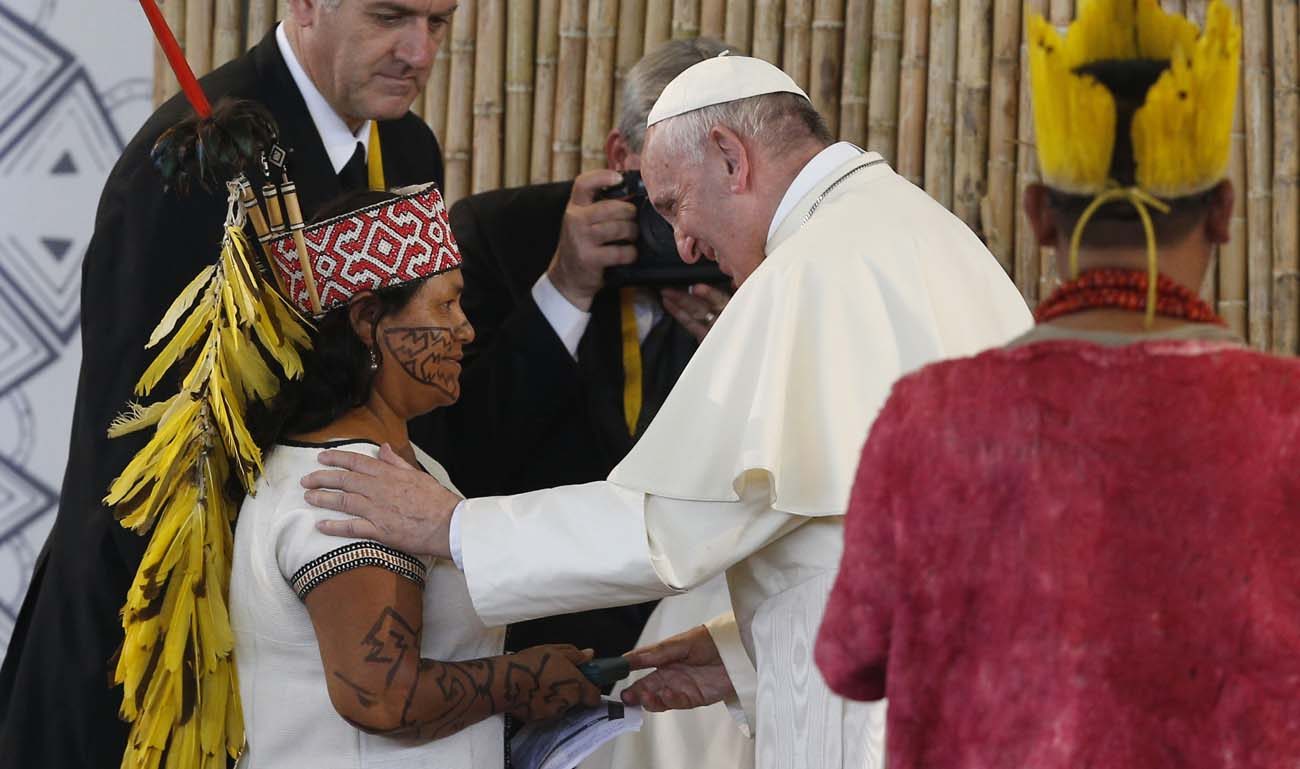 Pope Francis greets people of the Amazon in Puerto Maldonado, Peru, Jan. 19. Pope Francis has chosen the theme, "The Amazon: New paths for the church and for integral ecology," for the Synod of Bishops for the Amazon region. The synod will be held at the Vatican in October 2019. (CNS photo/Paul Haring)

VATICAN CITY (CNS) — Pope Francis has chosen the theme and appointed members of the preparatory council for the Synod of Bishops for the Amazon region, which will take place in Rome in October 2019.

The theme, the Vatican announced March 8, is “The Amazon: New paths for the church and for an integral ecology.”

The pope also named 18 members for the pre-synod council that will collaborate with the secretary-general of the Synod of Bishops in preparing for the special assembly next year.

A synod council usually prepares an outline and list of questions, which bishops’ conferences and other interested groups in the church respond to. The responses are then compiled and analyzed before a synod working document is prepared.

The synod will seek to hear the voice of those living in the Amazon region and identify new paths of evangelization, especially for indigenous people who are “often forgotten and left without the prospect of a peaceful future, including because of the crisis of the Amazon forest,” which plays a vital role in the environmental health of the entire planet, the pope has said.

“We have to break with the historical paradigm that views Amazonia as an inexhaustible source of supplies for other countries without concern for its inhabitants,” he said when meeting indigenous people in Peru in January 2018.

Rich in biodiversity, natural resources and cultures, the Amazon rainforest is the largest in the world, covering more than 2.1 million square miles in South America. The rainforest spreads across Brazil, Ecuador, Venezuela, Suriname, Peru, Colombia, Bolivia, Guyana and French Guiana.

Among the 18 new members of the synod council are three cardinals, 13 bishops, one nun and a layman — the majority of them are from countries in the Amazon region.

NEXT: Pope asks that young people write meditations for Way of Cross