‘A Quiet Place’ tells of silent resistance to scary tyranny 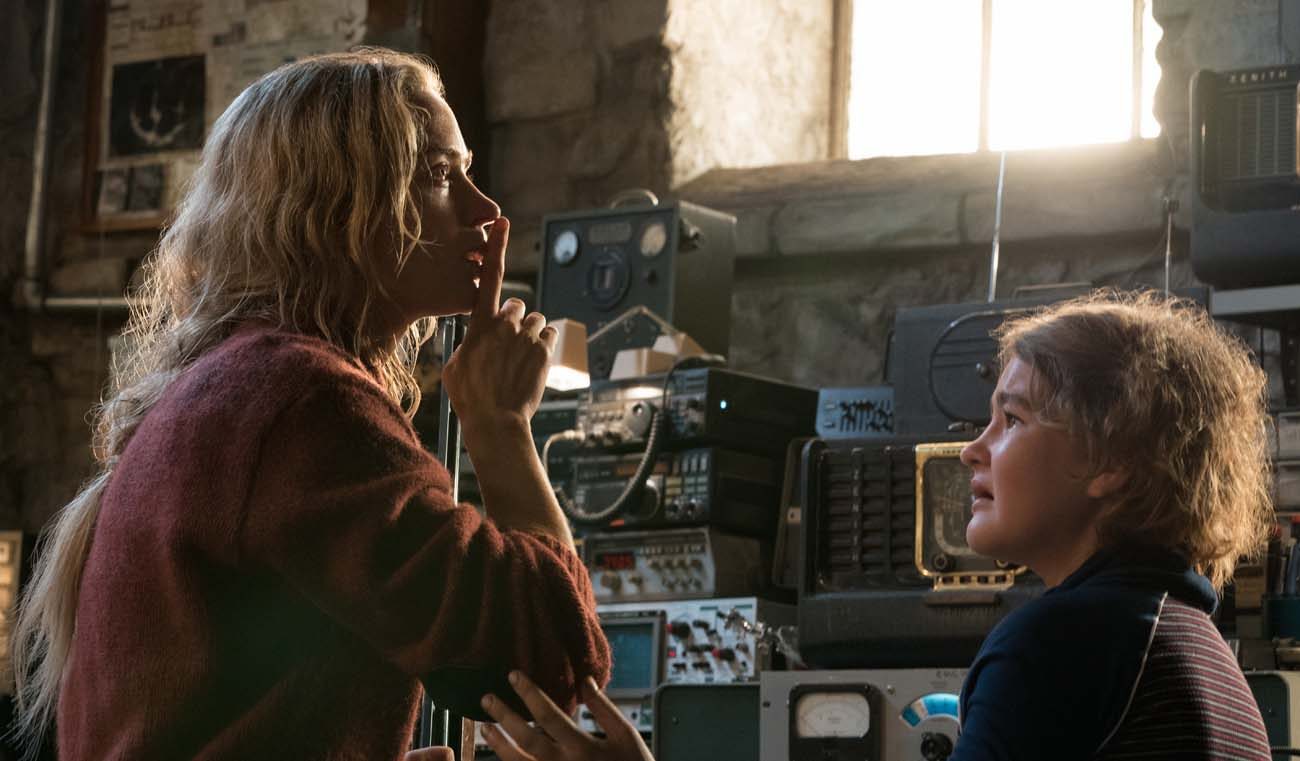 Emily Blunt and Millicent Simmonds star in a scene from the movie "A Quite Place." (CNS photo/Paramount)

NEW YORK (CNS) — The compact, stylish horror film “A Quiet Place” (Paramount) might be a parable about resisting tyranny.

Taken strictly on its surface, it’s a story about how strong, trusting family ties can overcome any obstacle — especially if the members of the clan in question are as technically adept as TV’s MacGyver.

The movie presents an apocalyptic world overrun by invading aliens that look like a slimy combination of toothy dinosaurs and insects — and that growl like lions. They can be killed by gunfire, sure, but they’re very fast on their feet, too, and have incredibly acute hearing.

This means that the only way for humans to avoid them and stay alive is to be very, very quiet. No speaking (the film has only 90 lines of spoken dialogue, mostly whispered) and no sound loud enough for the critters to detect. When they do hear a human, they swoop right in for a quick slashing kill.

The story focuses on one rural family, the Abbotts, who have adapted to live in the manner of survivalists and scroungers on their small farm, with an abandoned village store nearby where they pick up occasional supplies and — key to this plot — batteries. Technology is always their friend, and since daughter Regan (Millicent Simmonds) is deaf, they all use sign language.

John Krasinski, who also directed and co-wrote the screenplay with Bryan Woods and Scott Beck, plays Lee, Regan’s father. Together with wife Evelyn (Emily Blunt), Lee has managed to preserve his family. At least, that is, until the youngest of his three children is killed by an alien because of a beeping toy. Besides grieving this loss, the Abbotts also have to deal with Evelyn’s pregnancy.

How might a woman give birth silently in a bathtub with an alien in the house, and how might a newborn infant be kept quiet in a non-abusive way? The movie illustrates both.

Son Marcus (Noah Jupe) must learn to fight back his fears and believe in his father’s ability to fix all problems. And Regan, who uses her father’s never-effective hearing aids, blames herself for her younger sibling’s death.

Marcus and Regan escape from all manner of close calls, and both parents show themselves capable of intense physical and emotional sacrifice, the price of keeping the family intact.

Aliens with super-hearing and a girl with no hearing make for an unusual showdown. But “A Quiet Place” presumes its audience’s intelligence and avoids distasteful cliches.

The film contains gun and physical violence with fleeting gore, the death of a youngster and a scene of childbirth. The Catholic News Service classification is A-III — adults. The Motion Picture Association of America rating is PG-13 — parents strongly cautioned. Some material may be inappropriate for children under 13.