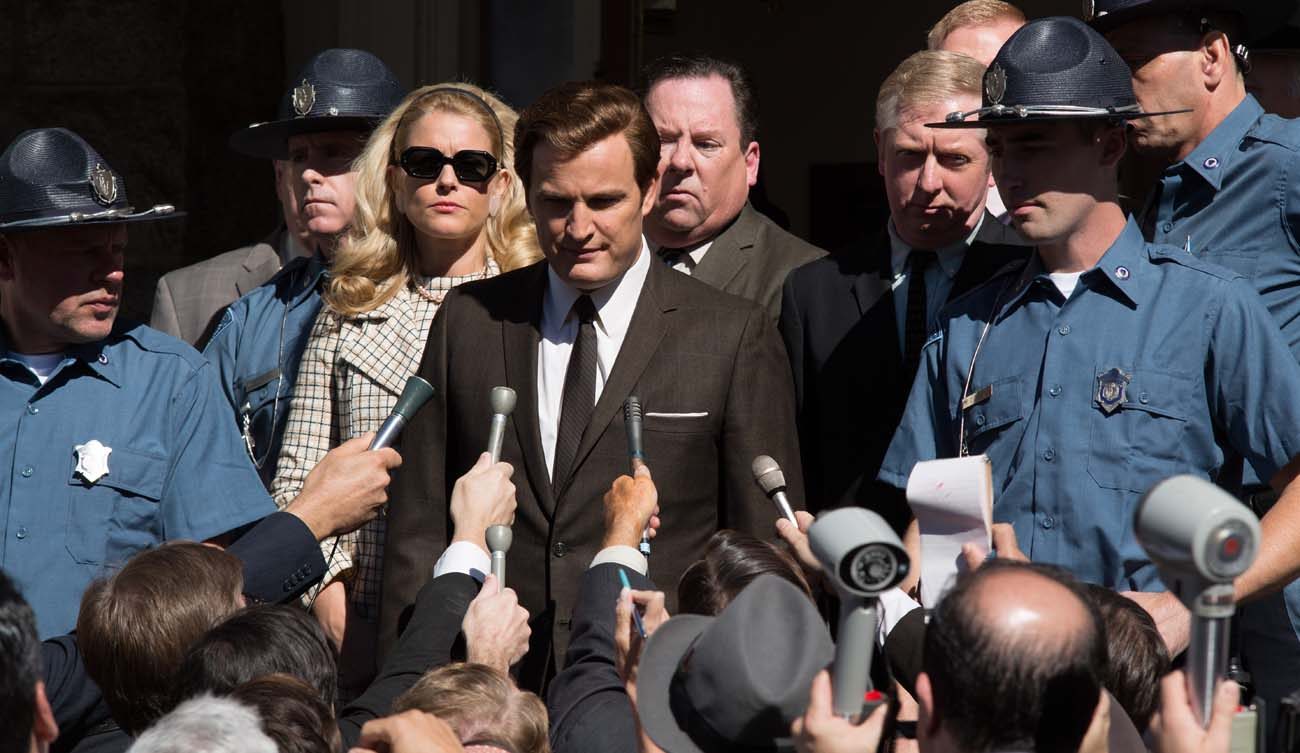 Andria Blackman and Jason Clarke star in a scene from the movie "Chappaquiddick." (CNS photo/Entertainment Studios)

NEW YORK (CNS) — On July 18, 1969, commander Neil Armstrong and his crew were hurtling toward the moon aboard Apollo 11 and Sen. Edward M. (Ted) Kennedy of Massachusetts seemed to be running on the inside track in the race for the Democratic Party’s presidential nomination in 1972.

By July 20, the astronauts had made it to their destination while it had suddenly become apparent to many that Kennedy never would.

The incident that so drastically altered the fortunes of the last of the Kennedy brothers gets a somber but intriguing treatment in the fact-based drama “Chappaquiddick” (Entertainment Studios).

The general outline of the plot will already be familiar to viewers of a certain age. For the benefit of whippersnappers and those who find history a bore, here’s some background.

A year after the assassination of New York senator and presidential candidate Robert F. Kennedy, his younger sibling hosted a reunion for a group of the slain politician’s staffers who had gone by the affectionate nickname the Boiler Room Girls — a moniker that nowadays would probably be deemed a microaggression. The venue was the small New England island of the movie’s title, just off Martha’s Vineyard.

One of the legislator’s guests was 28-year-old Pennsylvania native Mary Jo Kopechne (Kate Mara). Shortly after 11 p.m., Kopechne and Kennedy (Jason Clarke) left the cottage where the party was being held and drove off together in the senator’s car. By 1 a.m., this vehicle had lurched off the side of Chappaquiddick’s Dike Bridge, overturned, and was lying submerged in a body of water called Poucha Pond.

Kennedy, of course, managed to extricate himself. His companion did not.

The accident itself was bad enough. But Kennedy’s behavior in its immediate aftermath was bizarrely irresponsible. Returning to his hotel on the Vineyard, he waited approximately nine hours to report the mishap — by which time the car had been sighted and Kopechne’s body recovered.

Screenwriters Andrew Logan and Taylor Allen and director John Curran portray rather than explain this mysterious callousness. So viewers looking for answers to the riddle of Kennedy’s actions will come away dissatisfied.

Yet Clarke does convey with a quiet intensity the conflicted emotions and sense of isolation Kennedy may have been experiencing — as well as the toll his torturous relationship with his impossible-to-satisfy father, Joseph (Bruce Dern), may have exacted on him. Standing in the shadow of two martyred brothers, Kennedy is understandably ambivalent about following them down the path to the presidency.

While “Chappaquiddick” toys with various possible motivations — did Kennedy, for instance, subconsciously set out to sabotage himself? — its underlying ethical stance is unambiguous. Kennedy cousin and family fixer Joe Gargan (Ed Helms) provides the film’s moral compass. Initially willing to help Ted, he’s outraged when he discovers that so much time has gone by and the duty to alert the authorities has still not been fulfilled.

He leads a whole troupe of spin doctors who, at patriarch Joe’s request, descend on the Kennedy compound in Cape Cod’s Hyannis Port. There they consistently, and condescendingly, encourage Teddy to control the situation and limit the damage by playing fast and loose with the facts. And the fix, it soon becomes clear, is in thanks to the famous clan’s far-reaching connections and wide-ranging influence.

“Chappaquiddick” is all the more disturbing for its muted tone and straightforward approach, typified by a scene in which Kopechne, a devout Catholic, having found a small pocket of air in the capsized car, recites subdued but desperate prayers as her prospects for survival dim.

The film contains mature themes, a few profanities, about a half-dozen milder oaths, a couple of rough and several crude terms. The Catholic News Service classification is A-III — adults. The Motion Picture Association of America rating is PG-13 — parents strongly cautioned. Some material may be inappropriate for children under 13.

NEXT: ‘Summer in the Forest’ shows love in action for disabled people