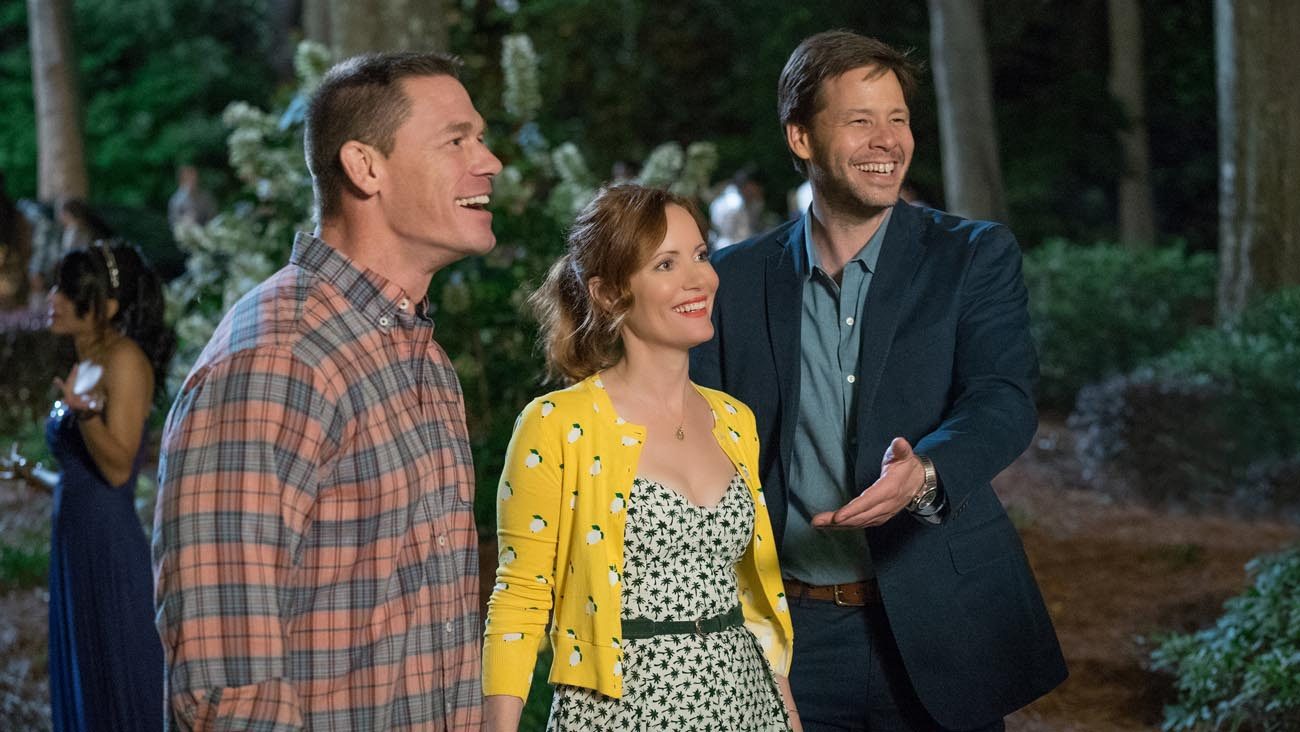 NEW YORK (CNS) — Contemporary society’s misguided outlook on sex, from which all regard for the Gospel virtue of chastity has seemingly been banished, permeates the low comedy “Blockers” (Universal). The result is a morass of bad morals.

As their prom approaches, high school seniors and pals since childhood Julie (Kathryn Newton), Kayla (Geraldine Viswanathan) and Sam (Gideon Adlon) form a pact to lose their virginity on the big night.

Julie plans to bed down with her boyfriend of six months’ standing, Austin (Graham Phillips). Kayla will hook up with acquaintance Conner (Miles Robbins), a celebrated stoner with a fondness for baking narcotics-laden cookies and the like.

Sam, the last to agree to the scheme, is more conflicted. Although her theater-nerd buddy, Chad (Jimmy Bellinger), is more than willing to have a roll in the hay, Sam, a closeted lesbian, only has eyes for Angelica (Ramona Young).

Learning of the agreement, Julie’s clingy single mom, Lisa (Leslie Mann), and Kayla’s macho dad, Mitchell (John Cena), frantically resolve to thwart it. Although he opposes this project as an invasion of the kids’ privacy (a view implicitly endorsed by the script), Sam’s freewheeling pop, Hunter (Ike Barinholtz), tags along, hoping to protect Sam, whose secret he has guessed, from being pressured into dabbling in straight sex.

Although their children’s close bonds long ago led the adults to become friends as well, Hunter’s messy divorce from Sam’s mother, apparently brought on by his infidelity, resulted in his being estranged from the other two. Now, in between such adventures as all three accidentally spying on an adult couple having sex and Mitchell consuming beer in a manner likely to entail a visit to the proctologist, the trio begin to repair their frayed relationship.

The ultimate message of director Kay Cannon’s film is that adolescents should only hit the sack together if the circumstances are sufficiently romantic. Thus Kayla bedecks the hotel room where Julie and Austin are headed with flowers and balloons — oh, and a bowlful of condoms as well, of course.

Just as Lisa and Mitchell’s concerns are presented as a quaintly amusing example of woefully outdated parental paranoia, Kayla’s gesture is portrayed as the very model of sweet thoughtfulness. Her reward is to discover that Connor is as adept at aberrant sex as he is at whipping up hallucinatory macaroons.

The film contains skewed values, including a benign view of nonmarital sexual activity, homosexual acts and drug use, full nudity, much sexual and some degrading scatological humor, an instance of blasphemy, several uses of profanity, a couple of milder oaths and pervasive rough and crude language. The Catholic News Service classification is O — morally offensive. The Motion Picture Association of America rating is R — restricted. Under 17 requires accompanying parent or adult guardian.

NEXT: ‘The Miracle Season’ is a true-life, tear-jerking inspiration