‘The Miracle Season’ is a true-life, tear-jerking inspiration 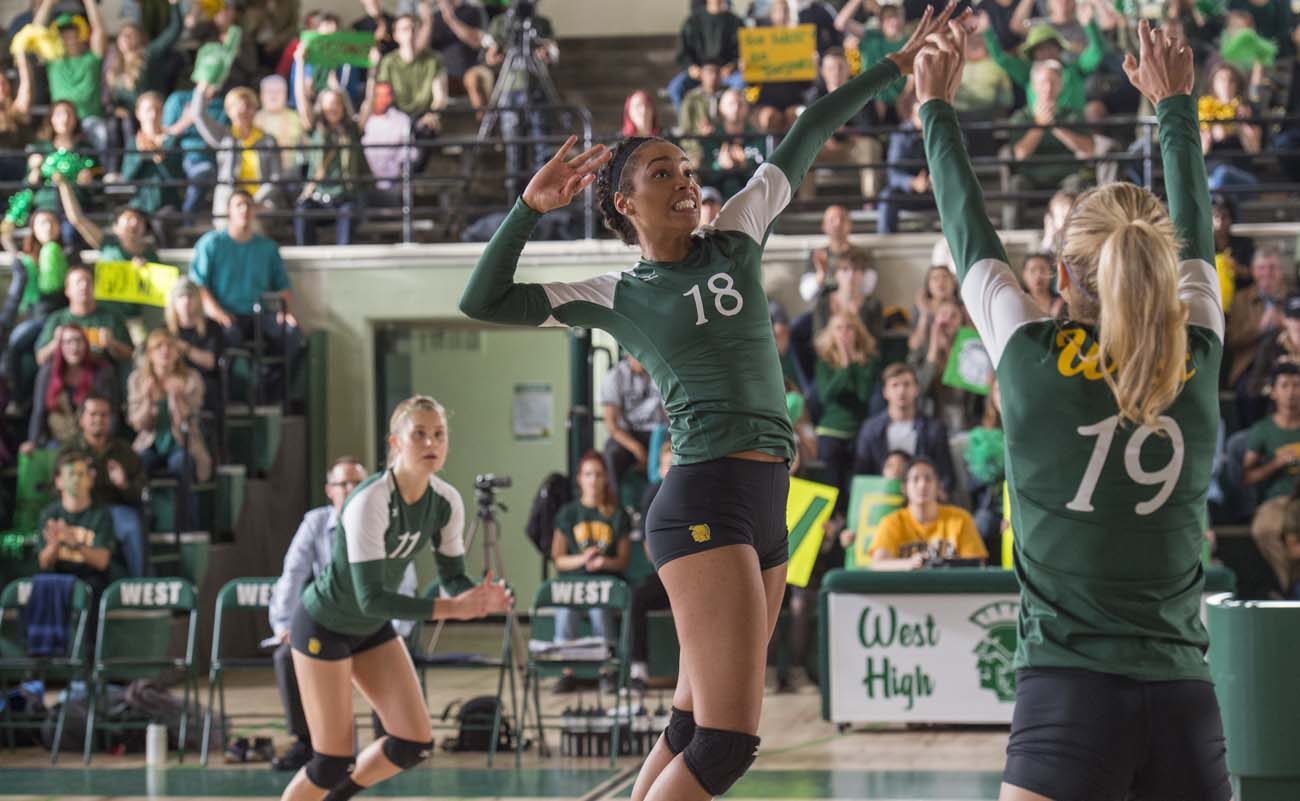 NEW YORK (CNS) — Make sure you have your tissues handy when you go to see “The Miracle Season” (Mirror).

As he did with 2011’s “Soul Surfer,” director Sean McNamara once again brings a tragic, but ultimately inspiring, fact-based sports story to the big screen in a film parents and older children can enjoy together.

Caroline “Line” Found (Danika Yarosh), setter and captain of the Iowa City West High School girls’ volleyball team, was the ensemble’s pulse. Having led her teammates to the state championship the previous year, 2011 found Line, now a senior, hyping their prospects for a repeat win.

After they triumph in their first game, her dad, Ernie (William Hurt), hosts a party in the family barn to celebrate. But tragedy strikes when Line dies in a moped accident on the way to visit her terminally ill mom, Ellyn (Jillian Fargey), in the hospital following the get-together.

Even though she’s on screen for such a short time, the audience gets a glimpse into the kind of person Line was. A friend to everyone, her cheerful outlook on life was clearly contagious.

The devastation caused by Line’s death only increases when Ellyn dies the following week. Grief throws the players into near-paralysis.

The team’s coach, Kathy Bresnahan (Helen Hunt), looks to Line’s best friend, Kelly (Erin Moriarty), to step into her pal’s shoes and provide the lacking leadership. Nobody, including Kelly, wants to fill Line’s position. She only agrees to take it over when encouraged by Ernie to do so.

A physician, Ernie is, of course, undergoing his own terrible journey of bereavement. But he tries to be strong for Line’s friends, especially Kelly. In one particularly poignant scene, Ernie tells her, “I may be the surgeon, but you’re the healer out there.”

Ernie even displays sufficient grace in his loss to confide to a friend, with regard to Line, that he “can’t blame God for wanting her back. She’s a keeper.” Oscar-winner Hurt gives the movie’s most authentic performance.

With Kelly taking up the fallen mantle, the team slowly gets its act back together. They decide to “win for Line.” They post a banner with those words on it in the locker room, and touch it on their way to the court. But the pressure to succeed soon takes its toll. It’s only after Ernie delivers his most powerful bit of advice that everyone can move forward.

Unfortunately, screenwriters David Aaron Cohen and Elissa Matsueda delay this positive twist too long to keep the audience engaged, instead dwelling on the preceding tragedy with no redemption yet in sight.

Many viewers will know from the news that the story ends well. But the audience would have been better served by a script that focused on living like Line rather than winning for her.

Unlike “Soul Surfer,” which kept the buoyant faith shared by its protagonist, Bethany Hamilton, and her family center stage, here the characters’ religious beliefs are largely sidelined. In the end, nonetheless, this salute to Line’s legacy offers uplifting entertainment suitable for a broad audience.

The film contains one instance of innuendo. The Catholic News Service classification is A-II — adults and adolescents. The Motion Picture Association of America rating is PG — parental guidance suggested. Some material may not be suitable for children.

NEXT: Trio of books look at Protestant Reformation through different lenses