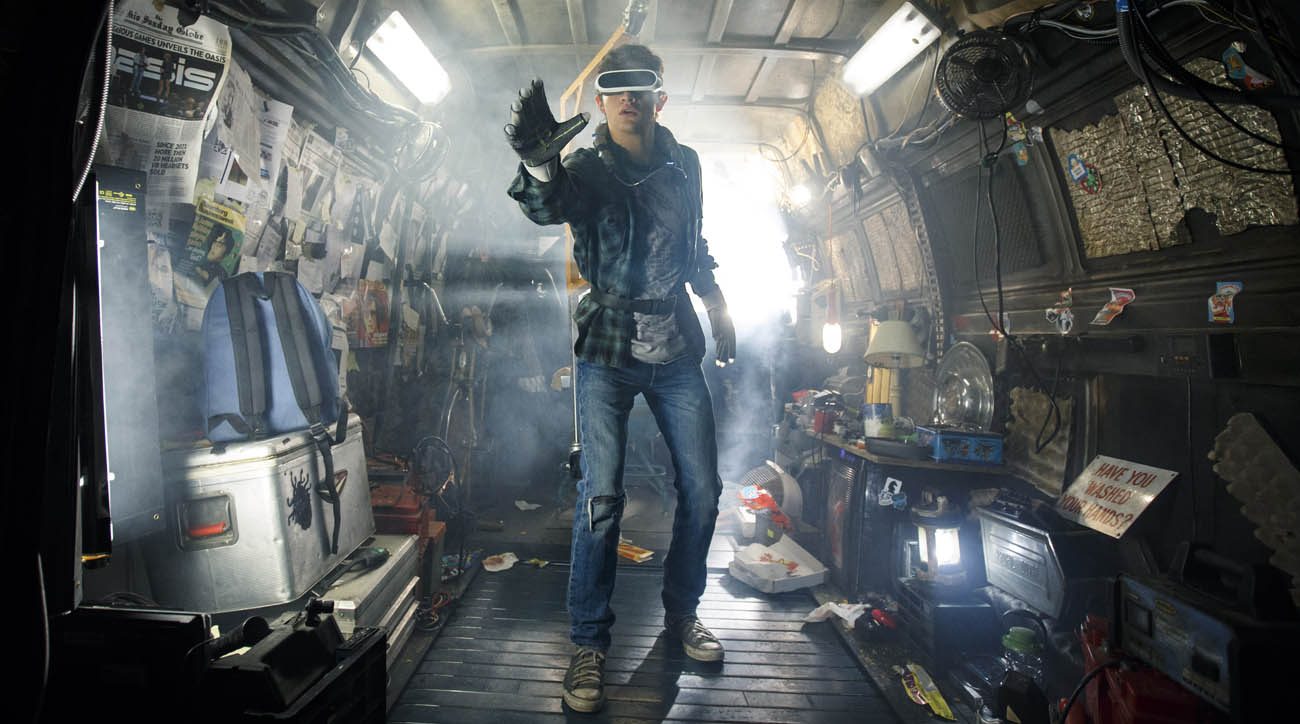 Tye Sheridan stars in a scene from the movie "Ready Player One." (CNS photo/Warner Bros.)

NEW YORK (CNS) — Those who may have wondered what it would be like to be a pinball crashing around inside a machine amid flashing lights and ear-splitting sounds will find that experience approximated in the sci-fi fantasy “Ready Player One” (Warner Bros).

Director Steven Spielberg’s adaptation of the 2011 novel by Ernest Cline (who co-wrote the screenplay with Zak Penn) offers a dizzying immersion into virtual reality, an alternative universe known as the Oasis. There, we are told, “you can go anywhere, do anything, be anyone — the only limits are your own imagination.”

Thus, in the dystopian world of the year 2045, everyone straps on a pair of goggles and uses the Oasis to escape their miserable lives and seek whatever form of pleasure they desire. In other words, narcissism reigns supreme.

The Oasis was created by an eccentric scientist named James Halliday (Mark Rylance), a hippie/stoner version of Apple’s Steve Jobs. Obsessed with late 20th-century pop culture, he filled the Oasis with references to films, TV shows, comics and games of the period.

As a result, “Ready Player One” is catnip for baby boomers, who will enjoy spotting the DeLorean car from “Back to the Future,” Atari video games, the T-Rex from “Jurassic Park” and the Batmobile, among many other nostalgia-inducing items.

Before he died, Halliday designed a contest for gamers. By following clues and locating three keys, the winner will unlock the location of a golden “Easter egg” and inherit Halliday’s fortune, as well as control of the Oasis.

So the race is on. On one side is Nolan Sorrento (Ben Mendelsohn), a wicked CEO who harnesses the resources of his corporation to solve the puzzle. Motivated by greed, his goal is to populate the Oasis with as many pop-up advertisements as possible.

Opposing Sorrento is the standard Spielbergian gaggle of intrepid teenagers, led by Wade Watts (Tye Sheridan). Wade is an orphan, living unhappily with his aunt and escaping whenever possible into the Oasis, where he appears as an animated avatar named Parzival.

There he makes a love connection with the comely (and creatively spelled) Art3mis (Olivia Cooke), who joins him on the quest for the keys.

No wonder they work well together: Parsifal is the knight of Arthurian legend who sought the Holy Grail, while Artemis is the Greek goddess of the hunt.

Rounding out a gang of five are muscled mechanic Aech (Lena Waithe) — who is reconstructing the fabled Iron Giant robot from the 1999 film of the same name — and two warrior brothers, Daito (Win Morisaki) and Sho (Philip Zhao).

It doesn’t take long to figure out that this movie’s inspiration is another beloved classic, 1971’s “Willy Wonka and the Chocolate Factory.” Substitute Halliday for Wonka, Wade for Charlie Bucket and a golden egg for a golden ticket, and the picture becomes clear.

“Ready Player One” initially offers relatively wholesome escapist fun as the teens careen around the Oasis, which resembles the Las Vegas Strip on steroids. The film takes a bizarre turn, however, when it re-creates key scenes from Halliday’s favorite movie, 1980’s “The Shining.”

At this point the previously cartoonish and bloodless violence becomes anything but, making “Ready Player One” suitable for mature viewers only.

The film contains some intense violence with gore, much stylized mayhem, brief sensuality and partial nudity, one use of profanity and occasional crude language. The Catholic News Service classification is A-III — adults. The Motion Picture Association of America rating is PG-13 — parents strongly cautioned. Some material may be inappropriate for children under 13.

NEXT: God’s Not Dead: A Light in Darkness