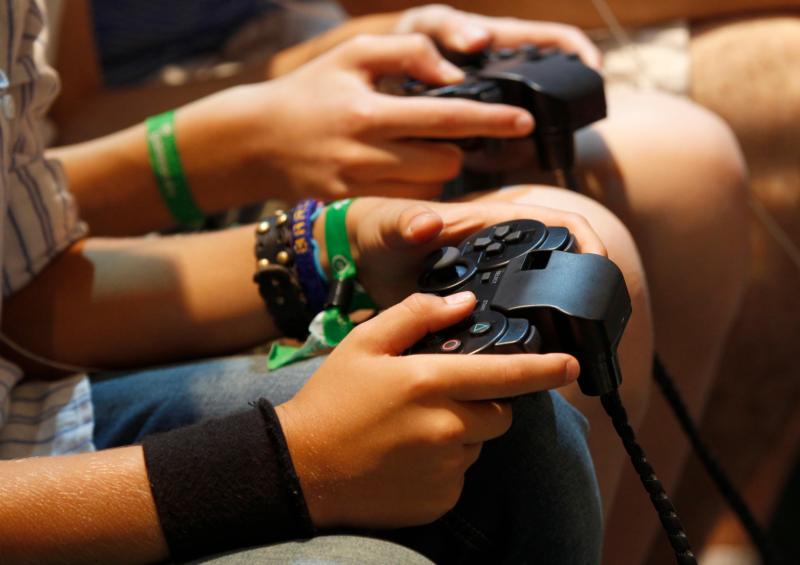 WASHINGTON (CNS) — It was only 40 years ago that the video game “Space Invaders” came onto the scene.

In 1978, video games were few and far between, unless you had some kind of primitive Atari or Intellivision console that you could hook up to your tube TV to play something other than “Pong.” But “Space Invaders” set the tone for generations of video games yet to come.

It was precisely because of its clunky graphics — and what exactly does a space invader look like, anyway? — that nobody ever thought that kids would grow up obsessed with shooting things. “Space Invaders” and its progeny soon pushed out the pinball machine as the diversion of choice among teens, although the hardware was every bit as dodgy as what they replaced.

However, like most everything else in our tech-driven world, the games got smaller and more portable, and the graphics became, well, more graphic. Today, there is an entire genre of video games known as “shooter games,” complete with subgenres.

And, despite the status quo having grown more entrenched over the past 40 years, there remain people who are convinced there is a connection between video-game violence and real-life violence.

The latest flare-up over the issue came during a March 8 meeting at the White House between President Donald Trump and representatives of the Entertainment Software Association, the trade group for video game makers, as well as top executives from a few video game companies, plus critics of the video game industry, including some members of Congress who fall into that camp.

It was a closed meeting, with no reporters allowed. No statement emerged from the White House, either separately or jointly with the other meeting participants, about a possible path forward.

The Entertainment Software Association issued a statement following the meeting. It said, “We discussed the numerous scientific studies establishing that there is no connection between video games and violence, First Amendment protection of video games and how our industry’s rating system effectively helps parents make informed entertainment choices.”

Still, much has been made of the claim that continued exposure to violent video games — especially the shooter games like “Grand Theft Auto,” “Call of Duty,” “Tom Clancy’s Rainbow 6” and hundreds of others — desensitize the user to real-life violence.

Retired Army Lt. Col. David Grossman, another participant at the meeting, coined the term “killology” as the study of the psychological and physiological effects of killing and combat on the human person. “A lot of these games that we’re discussing are similar to simulators that are used to desensitize soldiers to reduce their aversion to killing another human being,” said Melissa Henson, project director of the Parents Television Council, who also was invited to the meeting.

The original impetus for the White House meeting was whether Nikolas Cruz, who was arrested and charged in the Feb. 14 shooting deaths at Marjory Stoneman Douglas High School in the Miami suburb of Parkland, Florida, had been adversely affected by playing video games.

That question, too, seems to have gotten lost in the swirl of activity over the “March for Our Lives” March 24 in Washington led by Stoneman Douglas students, and more than 800 other cities around the world, which sought legislative solutions to stem the plague of gun violence.

Just as Florida lawmakers voted in March to keep young people from being able to buy certain firearms, one woman in Congress who participated in the meeting, Rep. Vicky Hartzler, R-Missouri, said she wants to introduce a bill that would keep violent video games out of the hands of younger people. Some of the violent games are rated T for teen, while others are rated M for mature. Those get regularly advertised on TV.

The last time the Parents Television Council did a “secret shopper” test to gauge the ability of minors to buy M-rated video games was eight years ago, in 2010. And one of two retailers which got a perfect score after multiple visits — meaning teens were not able to buy M-rated games — was Toys R Us, which is going out of business. The study showed that nearly one in five unaccompanied teens were able to purchase those video games, despite stores’ own rules requiring parental consent.

“It seems that this administration wants to move fairly quickly on some of the aspects that were brought up in the conversation,” Henson said. One example: “I did see something about the Department of Education about possibly enlarging a Safe Schools program that they’re in the planning stage of developing.”

What about lifting the ban on the federal Centers for Disease Control and Prevention on conducting research on gun violence to see what extent gun violence can be linked to video game violence? There, Henson was more circumspect.

“That’s one thing that Washington is good at: ‘Let’s call for more studies.’ I believe that having more data is helpful. Having more information is generally a positive,” she said. “But I don’t think it’s necessary to address issues that are already well-documented.”

PREVIOUS: Players in ‘Sherlock Gnomes’ are stiff, but harmless