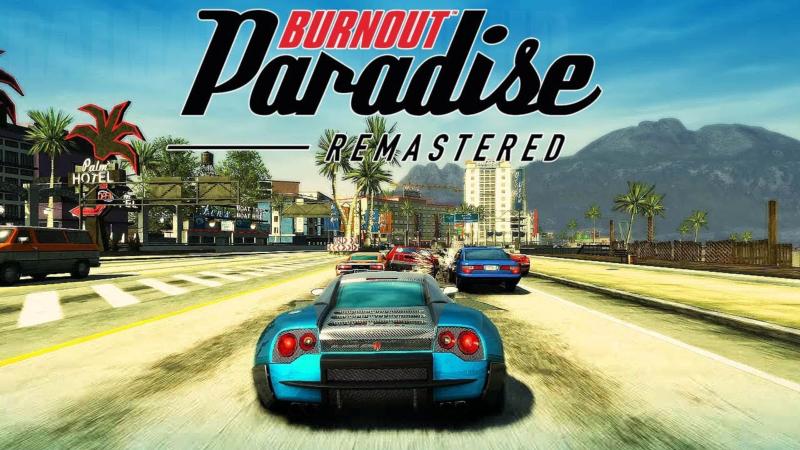 This is an image from the video game “Burnout Paradise Remastered.” (CNS photo/Electronic Arts)

NEW YORK (CNS) — Go fast and have fun. Those are the twin goals of “Burnout Paradise Remastered,” the upgrade of a popular racing title that first debuted in video game format in 2008, and before that was much loved in the arcades.

This is a slick reboot whose cool design and old-fashioned simplicity make it a joy to play. Unlike similar, more recent games, in “Burnout Paradise,” players are not offered a seemingly endless variety of different car models from which to choose.

The cars are driverless, moreover, so there’s no blood or mangled bodies. Nor are there any side plots and punch-outs involving crime and rough street characters as there are in the execrable “Grand Theft Auto” franchise.

The game also is free of bad language. Only the calm voice of a narrator is heard giving players pointers on how to get a boost and trade up to a flashier vehicle.

Although the absence of sexual content, graphic violence or other genuinely objectionable elements makes “Burnout Paradise” appropriate for a wide range of age groups, intense crashes prevent endorsement of it for the youngest gamers.

Playable on the Playstation 4, X-Box One and PC, the game has a simple progression. The player starts off with a fast but basic ride, which can be traded in once players compete in a variety of races and events and upgrade the class of their license, from “learner’s permit” to “burnout.” If gamers gun it too hard without enough experience, their car winds up wrecked.

As the driver gets better, the rides get wilder, from simply blowing past other cars in a drag race to launching off ramps and crashing through billboards.

There’s no hand-holding GPS or arrows lighting the way in Paradise City, the game’s fictional setting. Rather, drivers have to consult a map in the lower right corner of the screen.

Paradise City itself it a beautiful amalgamation of different American locales. With its mountains, overpasses and naval station it’s like a hodgepodge of Denver, Los Angeles and Norfolk, Virginia. The scenery in Paradise City is sometimes so pretty, in fact, that it’s enough just to cruise along and not worry about the guy gunning his engine next to you.

If there’s a drawback to “Burnout Paradise,” it’s the price. Parents may pump the brakes at handing over $40 for a game that’s this simple — even if the remastering does offer a shiny new coat of paint.

The game contains intense racing and auto accidents. The Catholic News Service classification is A-II — adults and adolescents. The Entertainment Software Rating Board rating is E10+ — everyone 10 and older.