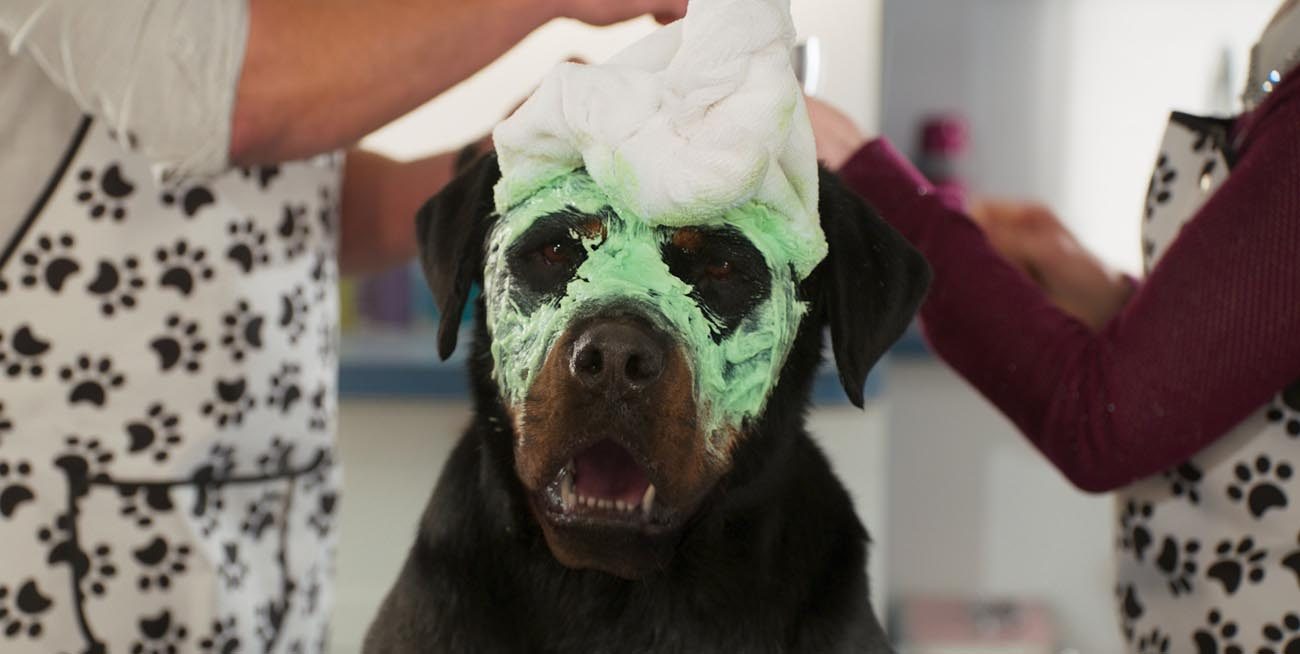 NEW YORK (CNS) — Though it goes heavy on the slapstick, “Show Dogs” (Global Road) is, overall, an amiably lightweight comedy.

Chris “Ludacris” Bridges voices Max, a street-toughened Rottweiler and police pooch. He’s paired with awkward FBI agent Frank (Will Arnett) to infiltrate a fancy dog show in Las Vegas in search of a baby panda that is being sold on the black market, using the competition as a front. They’re helped by cheerful groomer Mattie (Natasha Lyonne).

Max and Frank bicker quite a bit, and Max also enlists a bitter former champion Pomeranian with anger issues, Philippe (voice of Stanley Tucci), to instruct him in the ways of high-end primping and competition.

“Who do I have za pleasure of smelling?” Philippe asks upon meeting Max. Karma (voice of Shaquille O’Neal), a shaggy Komondor, recites Zen mantras.

Dogs breaking into chaos provide most of the physical comedy. Max makes frequent references to “Turner & Hooch,” a 1989 comedy co-starring Tom Hanks and a slobbering Bordeaux Mastiff. The bad guys are more stupid than evil, and the panda occasionally gets the best of them as well.

“Show Dogs” doesn’t pretend to be anything other than what it is, and doesn’t take the side journeys into crudity that spoil so many canine comedies.

The film contains fleeting anatomical and scatological humor involving animals. The Catholic News Service classification is A-I — general patronage. The Motion Picture Association of America rating is PG — parental guidance suggested. Some material may not be suitable for children.