‘Tully’ takes a troubling path to a happy ending 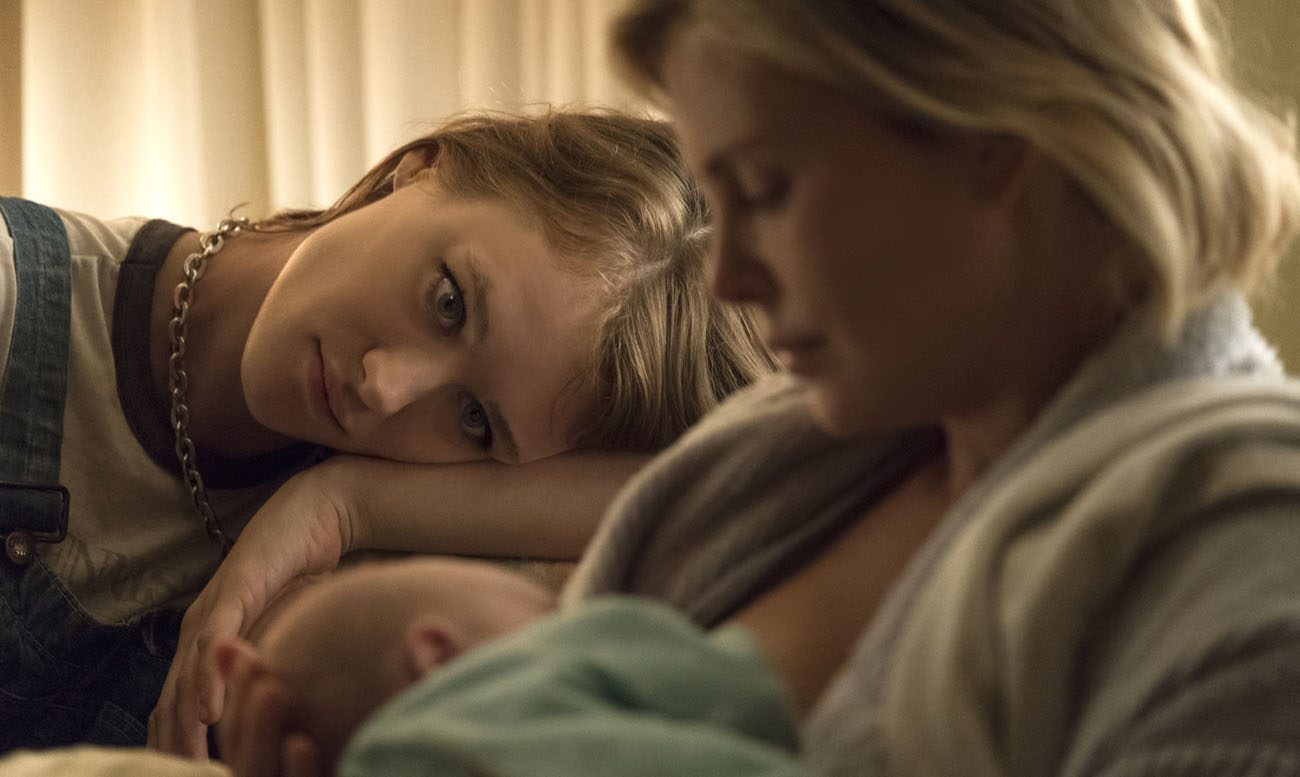 Mackenzie Davis and Charlize Theron star in a scene from the movie "Tully." (CNS photo/Focus Features)

NEW YORK (CNS) — Director Jason Reitman’s comedy “Tully” (Focus) winds up strongly affirming marriage and family life. Yet his film takes such a rocky path to that positive outcome that most viewers may not wish to follow it.

As a baby present to mark the arrival of her third child, already overworked and exhausted mother Marlo (Charlize Theron) is offered the free services of a night nanny by her prosperous brother, Craig (Mark Duplass). Though she hesitates to accept the gift at first, partly because her husband, Drew (Ron Livingston), resents Craig’s financial success, Marlo eventually relents.

Enter Tully (Mackenzie Davis), a remarkably gifted, free-spirited young caregiver whose effect on the household is transformative. Thanks to the relief Tully provides, Marlo finds her relationship with loving but distracted Drew — as well as with their two older kids, Sarah (Lia Frankland) and Jonah (Asher Miles Fallica) — revitalized.

Yet all is not as it seems.

Some of the moral difficulties inherent in Diablo Cody’s script are offset by its ultimate point. Others are resolved by unforeseen plot developments. Still others, however, remain, though mostly in the background.

Thus, early on, the movie seems to buy into contemporary notions of pregnancy as an illness and parenthood as a burden. But Marlo’s trials, both physical and emotional, serve to lay the foundation for later storytelling. They also add credibility to the final vindication of her dedication to homemaking.

Similarly, some shockingly objectionable behavior depicted midway through the movie looks quite different in the light of what we know by the time the credits roll. Neither the offense nor its removal, however, can be detailed for fear of a major spoiler.

Yet the climactic twist fails to erase other troubling elements — some predictable, some surprising. Typically for Hollywood, the revelation that Marlo’s premarital partners included not only a crowd of men but a lesbian with whom she cohabited for a while is treated with smiling equanimity.

Weirder is the first interaction we’re shown between Marlo and troubled kindergartener Jonah. To soothe the multiphobic boy’s nerves, Marlo, on the advice of a psychologist, gives him a daily rubdown with a soft bath brush.

In the opening scene, this process is set to music and depicted quite lyrically, which only makes what follows all the more jarring. Noticing, after she finishes, that Jonah is covering his crotch with his hands, Marlo asks if he needs to use the bathroom. Realizing there’s a different reason for his posture, she then makes a lighthearted quip about the lad being his “own best friend.”

That’s a queasy way to begin a picture about domestic dynamics.

NEXT: Authors offer inside look at new Mass translation