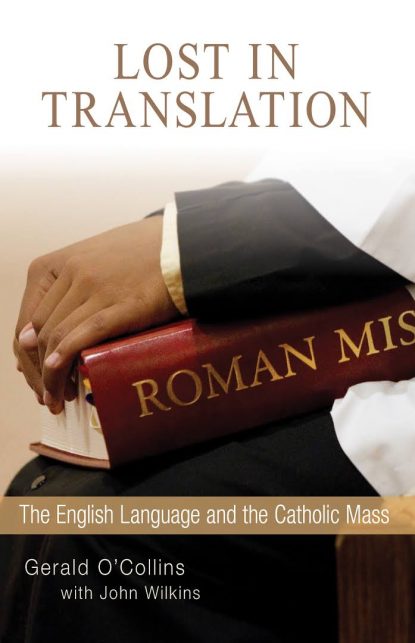 Any Catholic curious about, or perplexed by, the current translation of the Mass prayers being used in English-speaking countries — including, of course, the United States — will find in this slim volume the best discussion of the topic currently available. It should be required reading for all clergy, particularly bishops.

Here you will find an account of the political and ideological fancy footwork that ended in the rejection by Vatican authorities of the never-released 1998 translation of the Roman Missal.

This translation was approved by all the members of the International Committee on English in the Liturgy but ended in its being abandoned to a probably locked cupboard someplace in the Vatican.

Along the way, the authors build a strong case for the superiority of the 1998 translation. They also provide a solid critique of the translation we have been living with since the first Sunday of Advent in 2010.

Finally, the authors briefly discuss Pope Francis’ personal edict of September 2017, in which he returned to national conferences of bishops the responsibility and authority for translations of liturgical texts, including the Roman Missal.

No one should doubt that the authors are qualified to write a book such as this one. Jesuit Father Gerald O’Collins taught for many years at the Pontifical Gregorian University in Rome and is now an adjunct professor at Australian Catholic University and at University of Divinity in Melbourne. John Wilkins was editor of the London-based international Catholic weekly, The Tablet, from 1982 until 2014.

Remarkable about this book is how adept the authors are at rooting what they say in the best of both “traditional” and “progressive” Catholic theology. For example, they quote St. Thomas Aquinas, a most traditional source, in support of a progressive approach to making translations: “It is … the task of the good translator, when translating material dealing with the Catholic faith, to preserve the meaning but to adapt the mode of expression, so that it is in harmony with the idiom of the language into which he is translating.”

To read this excellent, captivating and thoroughly honest book is to become as well informed as possible about why all Catholics should hope deeply that the current English translation of the Roman Missal will soon be consigned to the dustbin of history.

It supports the desire of many that the 1998 translation will be found, dusted off, given a refreshing once-over, then given its rightful place in the liturgical celebrations of the English-speaking church.

Finley is the author of more than 30 books of Catholic popular theology, including “What Faith is Not” (Sheed & Ward) and a revised/updated edition of “The Rosary Handbook: A Guide for Newcomers, Old-Timers, and Those In Between” (Word Among Us Press).

PREVIOUS: ‘Tully’ takes a troubling path to a happy ending

NEXT: Ken Burns: Christophers ‘generous’ to give him Life Achievement Award