Young people in the church need to be heard, not silenced, pope says 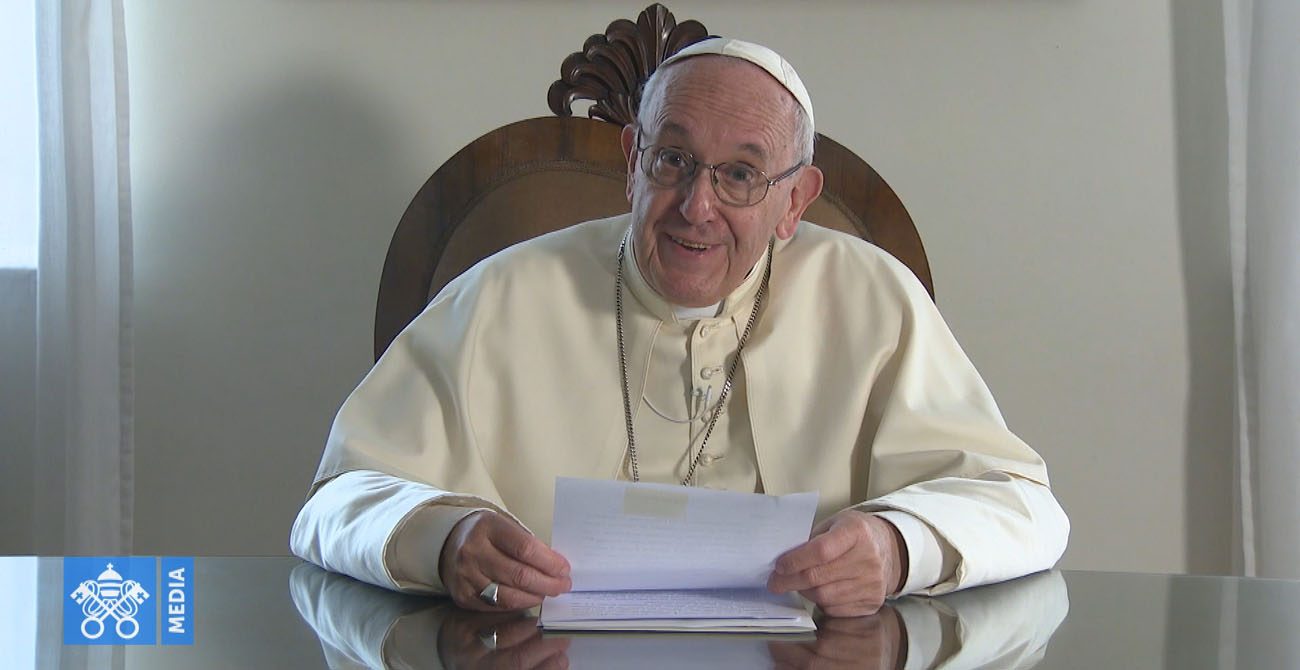 Pope Francis speaks from the Vatican in a video message to young people gathered to pray the rosary in several sites around the world May 12. The pope warned of the "dangers of speaking to young people without letting them speak." (CNS photo/Vatican Media)

VATICAN CITY (CNS) — The Catholic Church must not keep young men and women at a distance, but instead must learn to listen to them, Pope Francis said.

In a video message to young people gathered at several sites around the world to pray the rosary together May 12, the pope warned of the “dangers of speaking to young people without letting them speak, leaving them at ‘a safe distance.'”

The international Marian vigil organized at the Shrine of St. Gabriel of the Sorrowful Mother in Teramo, Italy, connected Italian young adults with their peers from Panama, Russia, Ireland and Taiwan via video link to pray for the upcoming synod in October on “young people, faith and vocational discernment.”

Cardinal Lorenzo Baldisseri, the general secretary of the Synod of Bishops, celebrated the vigil’s concluding Mass, the Vatican said May 12.

In the video, Pope Francis said praying the rosary was a way for young people to show their affection for Mary who is “a young woman among the young, a woman of our days.”

Her youthfulness stayed with her throughout her life as “a disciple of her son with the enthusiasm of young people, following him to the cross with the courage that only youths possess.”

“She continues to be young, even now when we contemplate her in heaven, because holiness keeps her eternally young; it is the true ‘elixir of youth’ that we really need,” he said.

He encouraged young adults in the church to “not be afraid to be saints” and to follow the example of Mary and other saints “who have preceded you and show you the way.”

Pope Francis added that the international Marian event was proof that young people are a “prophecy of peace and reconciliation for all of humanity” and that they must teach adults, “whose hearts are often hardened, to choose the path of dialogue and harmony.”

“I will never tire of repeating it: Do not raise walls, build bridges. Unite the shores of the oceans that separate you with enthusiasm, determination and the love that only you are capable of showing,” he said.

NEXT: Jesus in heaven invites all Christians to share his good news, pope says