Church praised for proactive response on abuse but warned of complacency 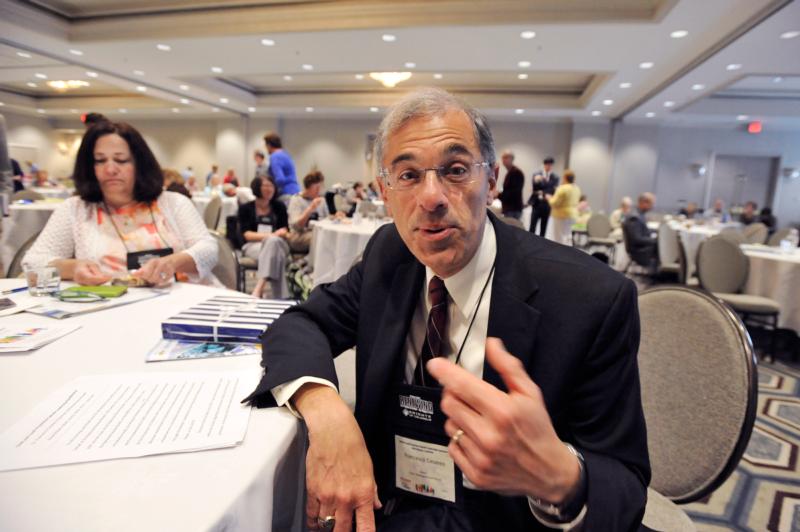 NEW ORLEANS (CNS) — Despite groundbreaking steps the U.S. Catholic Church has taken to prevent the sexual abuse of minors in the past 16 years, a potential “complacency” in following safety protocols could pose a challenge to those hard-won advances.

The 13-member lay board advises the U.S. Conference of Catholic Bishops on safe environment protocols for children in Catholic parishes, schools and organizations.

In his talk June 6, Cesareo that because a large percentage of abuse claims deal with incidents that happened many years and even decades ago, the issue may appear now to be less urgent.

“The church has responded very concretely to this question and very proactively, but one of the issues now is that because it is now historical — you have newly ordained priests who were children when this broke out — the urgency of it is not there,” he said. “You have bishops who are new. They weren’t there in 2002. The urgency is not there.”

Cesareo, who is president of Assumption College in Worcester, Massachusetts, said he was pleased the church has shifted its conversation about sexual abuse of minors “from a legalistic approach to a more pastoral approach, which is very helpful in the process of healing and reconciliation and also in getting the church to understand the real pain that victims have felt and have experienced through the abuse.”

But, he said, because the church has done such a good job dealing with sexual abuse in the past 16 years, “there is this notion that this is a problem in the past, ‘we’ve dealt with it, we don’t have to put as much attention on it, we have the policies in place.'”

“That’s where the complacency comes in,” Cesareo said. “It’s like a hospital. You have the protocols in place and then suddenly someone dies in the operating room. All the protocols were followed, so why did this happen?

“We need to create a culture whereby the church is doing the same thing. Why did this happen? How do we prevent it? How do we strengthen what we’re already doing? That’s where the complacency issue is becoming problematic.”

Cesareo cited encouraging statistics from the most recent audit of how individual dioceses are performing under the U.S. bishops’ “Charter for the Protection of Children and Young People”: outreach and support was provided to 1,905 victims/survivors; training on abuse prevention and safe environment was provided to more than 4.1 million children and more than 56,000 priests, deacons and candidates for ordination; and background checks have been administered to 97 to 99 percent of all adults serving in ministry with children.

“That’s no small feat,” Cesareo told the conference. “Yet, we are not finished. We can never be finished.”

While some dioceses are going “above and beyond” the charter’s guidelines, Cesareo said, “a number have fallen into a pattern of complacency regarding victim/survivor assistance and child protection efforts.”

He said some dioceses had not completed background checks in a timely fashion and some had kept poor records, “which could potentially lead to unscreened individuals interacting with children.”

Cesareo said accurate parish and school audits are vital in assessing compliance with the charter and also with diocesan policies. He suggested that individual diocesan review boards, which are called on to evaluate allegations of sexual abuse by clergy, should meet regularly — at least annually and ideally four times a year — even if no allegations have come forward.

Bishops can learn a lot by meeting regularly with the experts on the local review boards, Cesareo said.

“It is the belief of the (National Review Board) that diocesan review boards mitigate the risk that allegations will be mishandled and that possible offenders remain in ministry,” Cesareo said.

No other organization in the U.S. has done a better job than the Catholic Church has in setting up safeguards to protect children, he said.

“Absolutely and without any doubt, even though we don’t get the credit,” Cesareo said. “That is clarified, No. 1, by the charter; No. 2, by the audit process that’s in place; No. 3, by the policies and procedures that are in place. All the background checks, all the training that has taken place. There’s no other organization that’s doing what we’re doing.

“Catholics in the pew should feel very confident that their children are safe in our schools and in our parishes, that the church is doing everything it can to ensure that kind of culture of safety and healing and that we are being proactive and not forgetting that this has to be always at the forefront of everything we do within the church.”

The 13th annual conference, held June 3-6, drew more than 150 people from across the U.S. working in areas of safe environment, victims’ assistance and pastoral care.

NEXT: Encuentro priorities to help shape Hispanic ministry for years to come