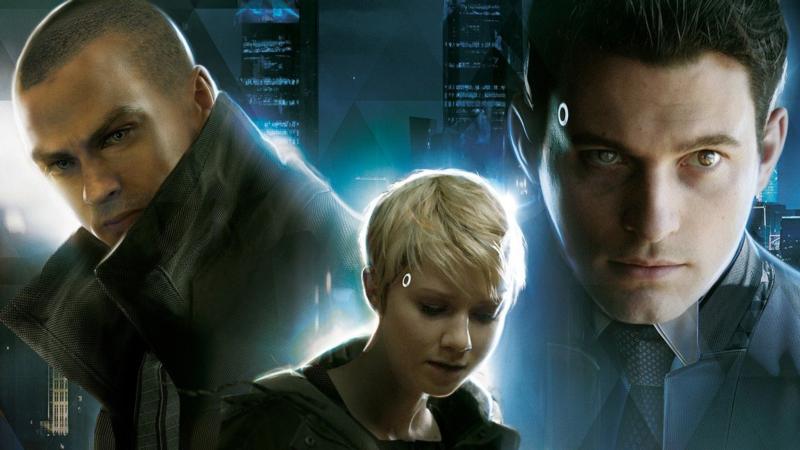 This is a still from the video game “Detroit: Become Human.” (CNS photo/Sony Interactive Entertainment)

NEW YORK (CNS) — The question of whether androids are human, a staple of science fiction from Isaac Asimov’s “I, Robot” and the novels of Philip K. Dick to the figure of Cmdr. Data on “Star Trek,” is the theme of “Detroit: Become Human” (Sony), playable on Playstation 4.

The game is not suitable for children or teens. In addition to tackling mature themes, it includes a level of mayhem and a treatment of sexuality that make it appropriate for grownups only.

The story of “Detroit” is familiar to anyone who has seen the sci-fi dystopian film “Blade Runner.” Androids created by a giant corporation have bypassed their programming and become “deviant.”

They have developed to the point of self-awareness, and know when they are being mistreated. This opens up a host of moral questions about whether those endowed with artificial life can claim the same natural rights as human beings.

CyberLife, the manufacturer of the droids, has dispatched Connor to aid in tracking down and understanding the root cause of the deviation. Predictably, Connor begins to have doubts about tracking down replicants — I mean deviants — once he breaks his own programming and goes rogue.

In the game, which is played from a third-person perspective, deviants serve as obvious analogs to victims of historical oppression. They’re required to wear custom clothes, for instance, an echo of the system used to oppress Jews in the Germany of the 1930s and ’40s.

They also have their own separate seats at the back of buses, just as African Americans did in the era of Jim Crow. Their sexual mistreatment, moreover, is a sad reminder of the modern scourge of sex trafficking.

“Detroit” is an open game that changes depending on what choices players make. It involves sequences that cut back and forth among the main characters. Some outcomes strike a plaintive note; others are more hopeful.

The graphics are gorgeous, and the game’s lead writer, David Cage, has done a good job of inspiring players to empathize with the droids. Their fate can be either tragic or upbeat. Either way, by the end of “Detroit,” they all seem to be, if not actual people, at least beings entitled to be treated ethically and with consideration.

The game contains intense violence, including the physical abuse of a child, gory images, drug use, sexual themes, partial nudity and frequent rough and crude language. The Catholic News Service classification is A-III — adults. The Entertainment Software Rating Board rating is M — Mature.