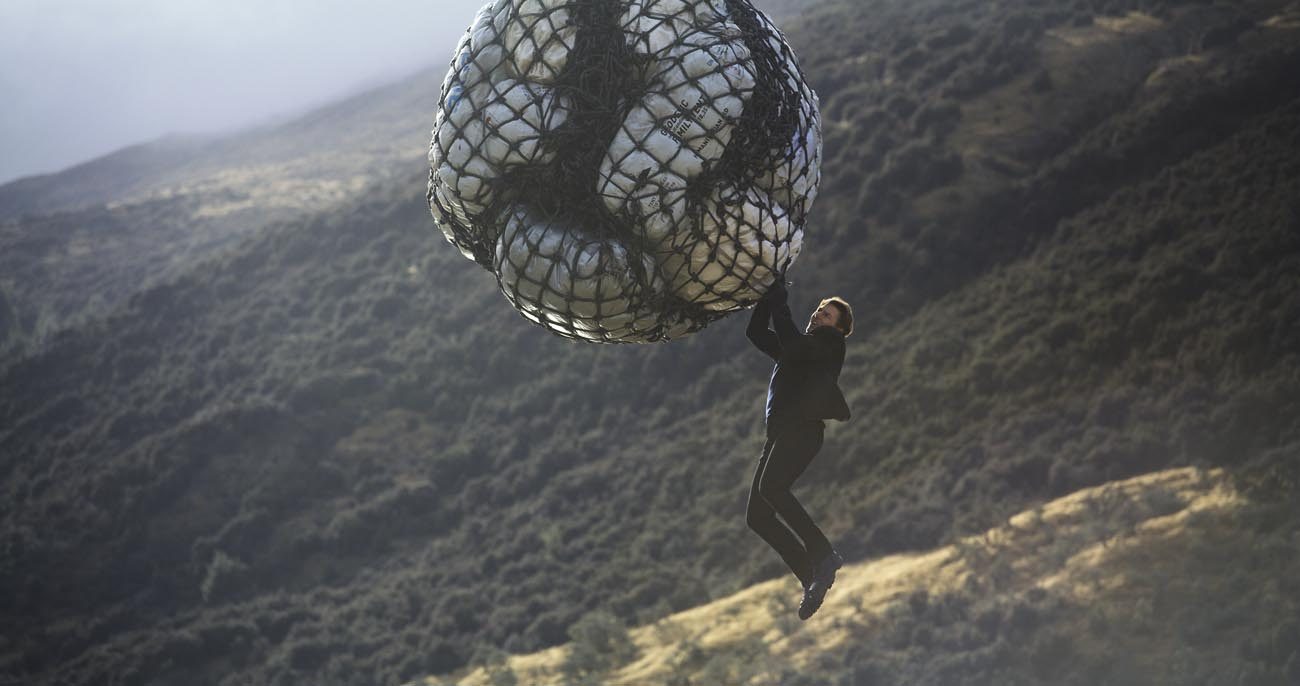 Despite extensive, though mostly restrained, action and the eventual showcasing of Hunt’s fraught marital situation, at least some parents may deem this thrill ride of a film acceptable for older teens.

In crafting the sixth movie in a franchise ultimately based on the TV series of the 1960s, director Christopher McQuarrie and his co-writer Dylan Kussman once again pit Hunt and his loyal collaborators, Luther (Ving Rhames) and Benji (Simon Pegg), against Solomon Lane (Sean Harris), the same maniacal anarchist they tangled with in the last outing, 2015’s “Mission: Impossible — Rogue Nation.”

But this time a glamorous criminal mastermind is added to the mix in the person of the so-called White Widow (Vanessa Kirby). WW is in possession of enough plutonium to wipe out vast populations and she’s out to exchange it for Lane’s freedom.

The quest to thwart them both is made all the more difficult when Erica Sloane (Angela Bassett), the director of the CIA, trumping Hunt’s boss, Impossible Missions Force head Alan Hunley (Alec Baldwin), compels Hunt to team with one of her operatives, August Walker (Henry Cavill).

A further complication is introduced by another returning character, British spy and Hunt love interest, Ilsa Faust (Rebecca Ferguson). Ilsa, too, is on the trail of Lane and the Widow. But, for reasons she’s initially unwilling to reveal, she’s working at cross purposes with Hunt.

Intricate plot twists and impressive stunts are the hallmarks of McQuarrie’s long but vigorous adventure. And the mayhem through which Hunt habitually moves is kept mostly stylized, though one villain meets a bloody end and another a gruesome fate.

Early on, St. Peter’s Basilica, as well as Jerusalem and Mecca, are targeted for destruction by the ecumenically anti-religious bad guys. But they soon pass on to other diabolical schemes.

By means not to be too precisely detailed for fear of a spoiler, Hunt’s ex-wife, Julia (Michelle Monaghan), resurfaces, leading to an explanation of the unique circumstances that caused their split. So long as Julia was vulnerable, Ethan was unwilling to pursue his work on the IMF. But each time something went wrong in the world, he was tortured by the thought that he might have prevented it.

So, for his good and the welfare of humanity in general, they very unwillingly went their separate ways. What Catholic viewers will make of that decision, of Julia’s remarriage and of Ethan’s chaste but unmistakable bond with Ilsa will depend on how willing they are to see the situation as unique and far removed from reality. It’s certainly not a dilemma to be presented to impressionable youngsters.

The film contains much violence with some gore and gruesome images, acceptability of divorce, a couple of uses of profanity, two milder oaths as well as a single rough and several crude terms. The Catholic News Service classification is A-III — adults. The Motion Picture Association of America rating is PG-13 — parents strongly cautioned. Some material may be inappropriate for children under 13.

NEXT: Survey of monastic wisdom can aid your spiritual journey