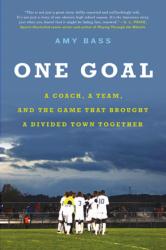 WASHINGTON (CNS) — When most people connect sports to Lewiston, Maine — if they ever do — they probably think of Muhammad Ali defending his World Boxing Council heavyweight title, knocking out Sonny Liston, the man from whom he took it, in the first round in 1965.

Now, though, Amy Bass, a history professor and director of the honors program at the Ursuline-run College of New Rochelle in New York, is giving sports fans a different reason to think about Lewiston.

Her book, “One Goal: A Coach, a Team, and the Game That Brought a Divided Town Together,” has been selling well since it was published earlier this year. In June, Netflix bought the option to make a movie or a miniseries based on the book.

In a July 11 telephone interview with Catholic News Service, Bass said she attended Bates College, also in Lewiston, and tries to keep up with events in the town of her alma mater.

By chance, she saw a friend’s posting on Facebook about a boys’ high school soccer team comprised mainly of Somali players who won the Maine high school championship match. Bass was more than intrigued.

“It turned into a book idea for me. And I was off to the races.”

Timing also counts for something. “When the book came out, I hadn’t expected that Donald Trump would become president, that there’d be a Muslim ban on traveling to the United States — and Somalia was one of the nations included in that ban,” Bass noted.

She cautioned potential book buyers about the plot. “It’s not a Pollyanna story. There’s a couple really big gut punches at the end,” Bass said. “There’s some heartwarming stuff, to be sure. But a community that comes together doesn’t necessarily stay together. Those last couple of pages in the book, to be clear about that, Lewiston has had some extraordinarily painful ruptures, and some extraordinary moments of coming together.” 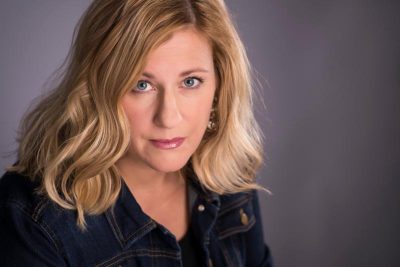 The nature of community is much the same, she told CNS. “Community isn’t something that happens. It’s hard work. Lots of teachers and coaches and parents and community leaders and brothers and sisters and parents. The ultimate moment, the championship game, 4,500 people are there. It’s the largest audience for a soccer game ever in Maine. It was a bigger turnout than for the state high school championship game a couple of weeks later,” Bass said. It was also larger than the crowd for the 1965 Ali-Liston rematch.

Her books, she acknowledged, have been more academic in approach. This was the first time she had tried a nonfiction narrative. “But I still used the same methods of researching and digging,” Bass said. “I still wrote it for the moment to be as accessible as possible.”

One tricky part was how to treat her real-life subjects, who were teenagers at the time of the game. “They were super open and super generous,” she said. “And yeah, I think knowing they were OK with it was a huge moment of relief for me.”

While there’s no telling what, if anything, Netflix will do with the film rights, the publishing world has embraced “One Goal.”

“Booklist took me by surprise. It was a great review, and a couple of weeks later put a ‘YA’ label on it for young adults,” Bass said. “That hadn’t even occurred to me. Academics don’t tend to write for eighth- to 10th-graders.” She added she’s been told of soccer coaches assigning the book for the players to read.

“I didn’t know teams had team reads,” she said. “One sent me a photo of a bunch of guys on the bleachers reading the book.”