‘Hotel Transylvania 3: Summer Vacation’ takes a bite out of boredom 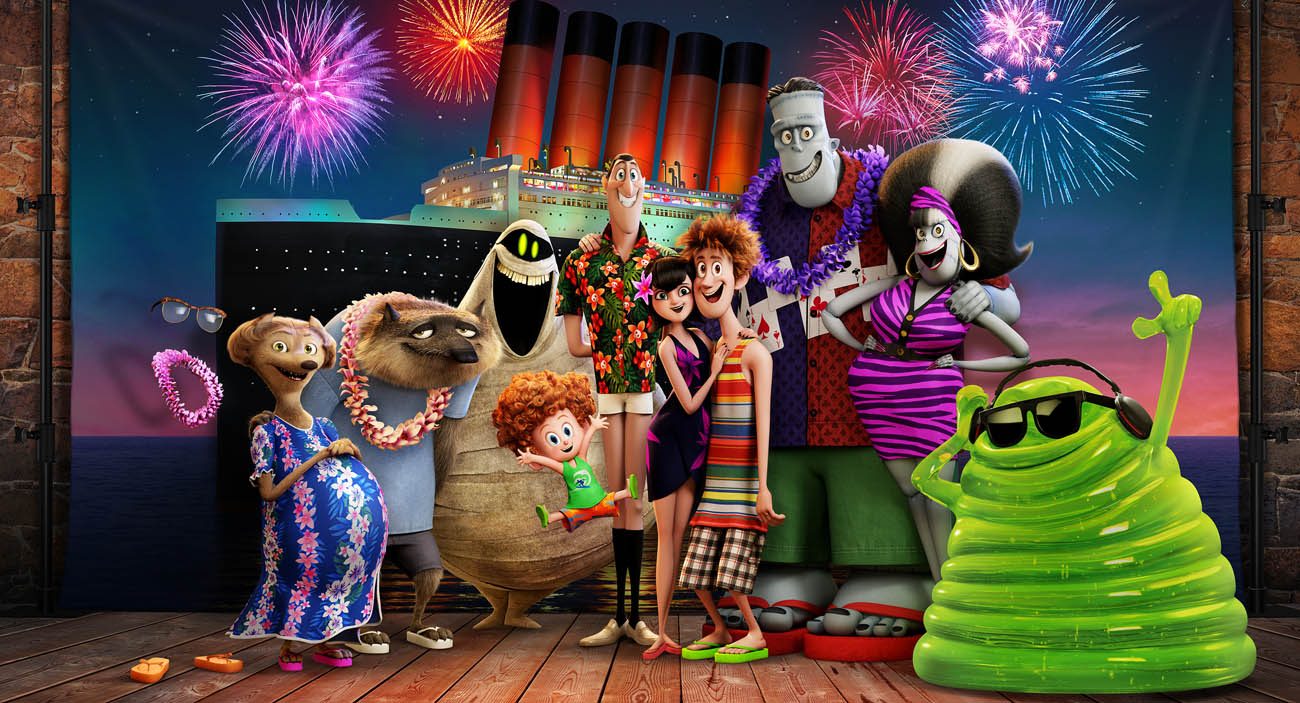 If it’s more likely to satisfy little ones than grown-ups, director and co-writer (with Michael McCullers) Genndy Tartakovsky’s cartoon is at least free of any genuinely objectionable ingredients.

The momentary use of digestive sound effects may strike some parents as a minor nuisance, though. And they should be warned that the danger in which sympathetic characters are placed may be too much for timid tots.

This breezy second sequel to the 2012 original finds Dracula’s daughter, Mavis (voice of Selena Gomez), arranging for her overworked father (voice of Adam Sandler) to take a cruise. So he and the other friendly monsters who staff the hostelry of the title — most prominently cobbled-together creation Frank (voice of Kevin James), invisible man Griffin (voice of David Spade) and werewolf Wayne (voice of Steve Buscemi) — set off for the high seas.

Once onboard, widowed Drac falls for the ship’s captain, Erika (voice of Kathryn Hahn), but feels torn between romance and family responsibilities, especially toward Mavis. He also fails to realize that Erika has a secret conflict of her own based on the legacy of her vampire-hunting ancestors, embodied by her artificially preserved great-grandfather, Abraham Van Helsing (voice of Jim Gaffigan).

As Erika veers between attempts to kill Drac and bouts of affection for him, she struggles to overcome the prejudice Abraham has instilled in her according to which all monsters are evil. The underlying message about diversity and tolerance is hardly original, especially for a Hollywood movie. But it’s not driven home too heavy-handedly, either.

Though it’s anything but graphic, there is quite a bit of mayhem unleashed during this outing, typified by the eventual appearance of a huge sea monster who wreaks havoc on the movie’s Las Vegas-like version of the once-lost, but now-retrieved City of Atlantis. And that’s not to mention the various heavy objects Erika tries to crush Drac with, including a lifeboat.

At least some youngsters may be a bit overwhelmed by it all. For their sturdier peers, however, there’s no real hindrance to prevent them from joining in this celebration of family solidarity and second-time-around courtship.

The film contains much stylized destruction, considerable peril and fleeting scatological humor. The Catholic News Service classification is A-II — adults and adolescents. The Motion Picture Association of America rating is PG — parental guidance suggested. Some material may not be suitable for children.