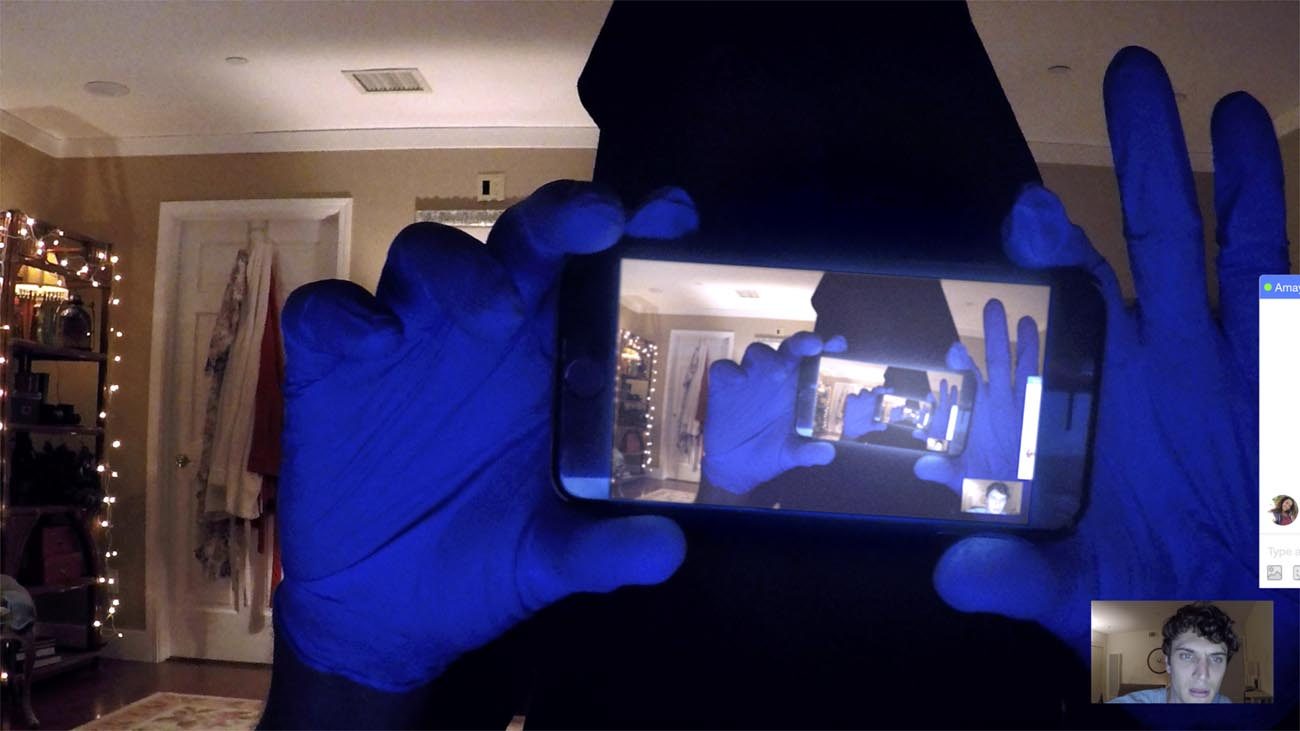 This is a scene from the movie "Unfriended: Dark Web." (CNS photo/Blumhouse)

This sequel to the 2015 original relies on the cherished formula of a group of well-meaning, yet feckless, young people making earnestly bad decisions — especially those twin time-honored choices, not to involve law enforcement and not to get out of the house when a murderer is running rampant.

But writer-director Stephen Susco also adopts an updated, entertaining style involving video chats and an angry evil force barging onto Facebook, all in real time. Almost all the action plays out on computer screens, and everything works except for the block buttons.

Susco goes relatively easy on the bloodletting, moreover, making his film acceptable, in that respect, for most grownups — a slew of generally stylized killings notwithstanding. The inclusion in the onscreen ensemble of a lesbian couple who consider themselves engaged, on the other hand, will certainly not be to the taste of believers in the audience of any age.

It’s the weekly game night for Matias (Colin Woodell) and five friends. Matias has a high-powered new laptop, which, we eventually learn, he stole because he needed additional hard drive space to develop a communications app that would allow him to converse with his deaf girlfriend, Amaya (Stephanie Nogueras).

This impulsive wrongdoing brings with it an awful and complex punishment. Multitasking while they stumble about at a game, Matias finds all kinds of creepy stuff on the hard drive, including grainy videos of murders and a program that sends him hurtling into the so-called dark Web.

Before Matias can announce, “Let’s troll,” a character named Charon (Douglas Tait) breaks into his Facebook chat, angrily demanding the return of the laptop. (Those well-versed in Greek mythology will recall that Charon was the ferryman who would conduct the souls of the dead across the rivers Styx and Acheron.)

This Charon sees all and knows all because he hacks all, and somehow has access to any computer’s video camera he needs for his evil intentions. He’s also exceptionally cruel, demanding that the players choose who will die, and so on.

Technology is not anyone’s friend here, of course. The result is too predictable to hold much suspense. But the originality of focusing the audience on Matias’ screen should hold the attention of casual fans of the horror genre.

NEXT: Abba lives again, and again, in ‘Mamma Mia’ sequel