Archbishop Chaput among delegates tapped by pope for synod 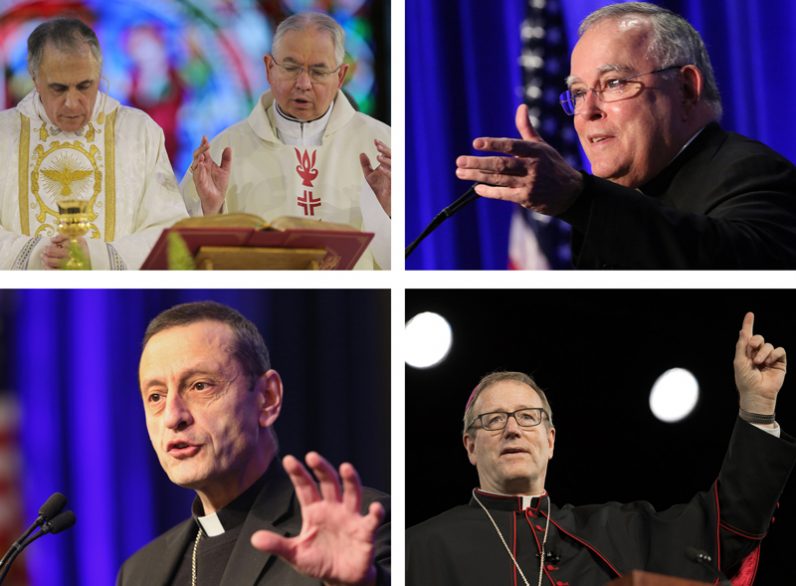 WASHINGTON (CNS) — Pope Francis has ratified the members elected by the U.S. Conference of Catholic Bishops to represent the United States at Synod of Bishops Oct. 3-28.

The synod will meet at the Vatican to discuss “young people, faith and vocational discernment.”

The USCCB announced July 23 that the U.S. church’s delegates will be:

— Bishop Frank J. Caggiano of Bridgeport, Connecticut, a member of the USCCB Committee on Laity, Marriage, Family Life and Youth.

In preparation for the synod, the USCCB and other episcopal conferences, as well as ecclesial movements, associations and experts in the field, were consulted throughout 2017 on the synod topic of “young people, the faith, and vocational discernment.”

In March of this year, over 300 young adult delegates gathered in Rome, where Pope Francis convened a presynod gathering to listen directly to the voice of young people from around the world. The gathering produced a final presynodal document.

The USCCB sent three delegates to that meeting: De La Salle Christian Brother Javier Hansen, who teaches at Cathedral High School in El Paso, Texas; Nick Lopez, director of campus ministry for the University of Dallas; and Katie Prejean-McGrady, a wife, new mother, youth minister, and a popular speaker from the Diocese of Lake Charles, Louisiana.

The working document was released in late June and includes a summary of all the synod consultations to date. It describes the purpose of the upcoming Synod of Bishops as an opportunity for the church “to accompany all young people, without exception, toward the joy of love,” realizing that “taking care of young people is not an optional task for the church, but an integral part of her vocation and mission is history.”

On July 14, the Vatican announced Pope Francis has chosen his delegates to the synod — four cardinals from countries where young people are facing special challenges.

He named Cardinals Louis Sako of Baghdad, the Chaldean patriarch; Desire Tsarahazana of Toamasina, Madagascar; Charles Bo of Yangon, Myanmar; and John Ribat of Port Moresby, Papua New Guinea. As presidents-delegate, the cardinals will alternate presiding over the synod sessions.