‘The Spy Who Dumped Me’ leaves viewers saying ‘good riddance’ 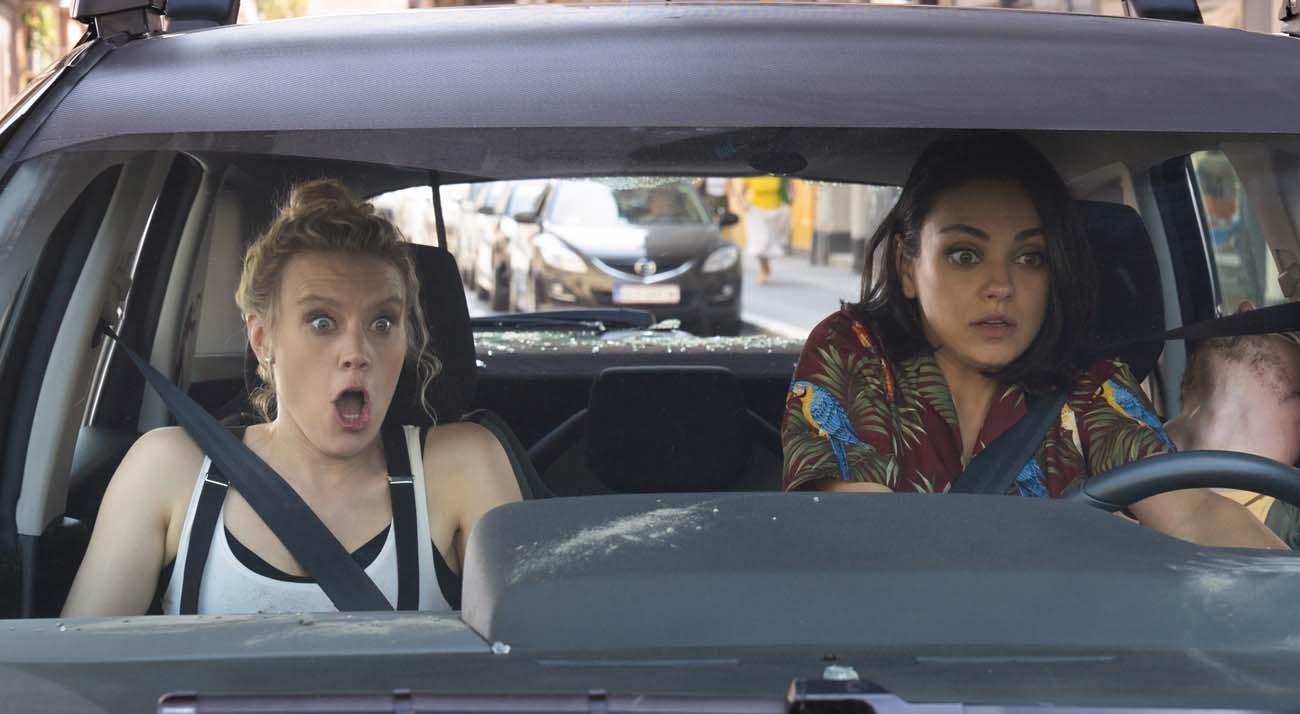 Kate McKinnon and Mila Kunis star in a scene from the movie "The Spy Who Dumped Me." (CNS photo/Lionsgate)

NEW YORK (CNS) — Given its blend of genres, director and co-writer Susanna Fogel’s fish-out-of-water action comedy “The Spy Who Dumped Me” (Lionsgate) is surprisingly violent.

Add some tawdry visuals and dialogue and the appropriate audience for the film, which has a few bright moments but eventually wears out its welcome, dwindles.

No sooner does 30-something Everywoman Audrey (Mila Kunis) discover that her boyfriend Drew (Justin Theroux), with whom she recently broke up, is a CIA agent than she is traumatized to witness his murder at the hands of enemy operatives. So, too, is her best friend, Morgan (Kate McKinnon).

Together the pals are forced to go on the run as they try to figure out what to do with the vital flash drive Drew committed to Audrey’s care as he was dying. They’re chased by British spy Sebastian (Sam Heughan), who claims he wants to protect them but whose real motives are unclear.

McKinnon garners laughs by endowing her character with an outsized personality while Kunis mostly plays it straight. And their encounters with Topher (Hasan Minhaj), the obnoxious American with whom Sebastian is uneasily teamed, Wendy (Gillian Anderson), Sebastian and Topher’s intimidating boss, and Nadedja (Ivanna Sakhno), a psychopathic teen gymnast-cum-assassin, give rise to some reasonably amusing riffs.

But some of the comedy is wayward from the start. Morgan, for instance, shares everything with her mother, with whom she’s constantly on the phone, including the details of her sex life. And a minor character she brings home from a bar is used to reinforce the widespread notion in Hollywood that the sight of a naked man is inherently funny.

The gag is particularly jarring amid all the “you-go-girl” feminist self-affirmation with which Fogel and David Iserson’s script is freighted. Pride for some, fleeting degradation for others?

By the time the globetrotting adventure, which takes the central pair from Vienna and Prague to Berlin, finds Morgan tangling with Nadedja on a trapeze, a sense of barrel-scraping desperation has begun to prevail. So those few grownups for whom it can be considered acceptable should be cautioned that the movie’s crudeness is probably not worth their patience.

PREVIOUS: How big is too big for media companies?