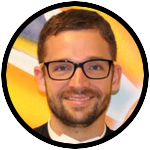 The approaching synod on “Young people, faith and vocational discernment” next month in Rome is of huge importance to the church. If you had told me the role I would be playing in this task a year ago, I would not have believed you.

In December 2017, I was notified that I would be selected to be one of three U.S. delegates for the March presynod gathering in Rome.

I am a De La Salle Christian Brother currently ministering in El Paso, Texas. Our congregation is dedicated to the apostolate of Christian education. Serving the youth is a quintessential part of our ministry to the church.

Through my vocation, I am impassioned to work with young people, but this experience last spring has inspired me with new vigor. It has motivated me to reach out to my students and other young people in this diocese to find out why they continue to believe in God and go to church. Maybe in this way we can better prevent them from drifting away from religion.

We were told that we were selected not only because we were young but also because we work with young people on a daily basis. I believe I was also selected to give a voice to young people in vocational discernment to religious life.

My hope as a high school teacher in an all-boys school is that some of my students are inspired to become religious brothers, but I also have a huge aspiration that many of them become good fathers and husbands.

We should all want young people devoted to discerning their vocation, but as the preparatory document for the synod states, making a mature choice requires mentors, and these mentors should familiarize themselves with the happenings of young people.

One of the highlights of my experience in Rome, outside of shaking hands with the pope, was when a moderator of the presynod meeting reminded us that in the church’s long history, never had it called together so many young people to receive their direct input in church matters. This was done because the church recognizes the unique gifts that young people bring to the table.

In the document that we composed at the presynod meeting and gave to Pope Francis, we recommended that young people be consulted at all levels of church governance. Some of my acquaintances in Rome were saying to each other that we would hate for this gathering to be a one-time thing. One suggestion I offered is that each diocese host a synod of young people to discuss the themes of the October world synod.

In closing, a question that I have been pondering is how to motivate young people to make mature life choices in the faith. I know from my own personal experience it was not until I took ownership of my own faith that I began to appreciate the faith.

The preparatory document offers us this wisdom: For young people to take ownership of their faith, young people will need mentors who will offer them empathy, support and encouragement — which will also help them acknowledge their limits without making them feel judged.

Who is a young person you can begin accompanying today?