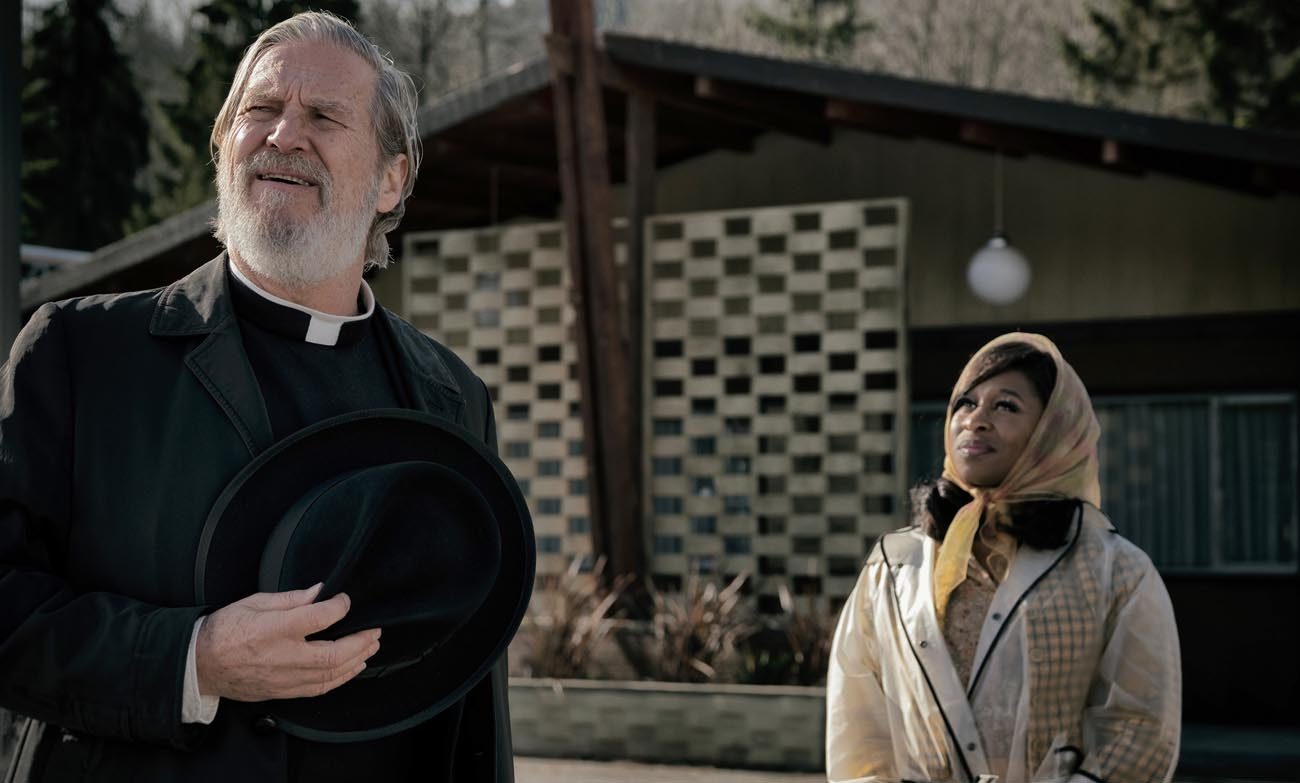 Jeff Bridges and Cynthia Erivo star in a scene from the movie "Bad Times at the El Royale." (CNS photo/Fox)

While the film’s basic stance is humane and its approach to faith serious and refreshingly respectful for a mainstream Hollywood production, Goddard’s oblique approach to the subject may not be to every believer’s taste. His plot, moreover, includes interludes of sometimes shocking mayhem accompanied by grisly visuals.

As viewers sense from the start, however, all is not as it seems, to say the least. Secrets, false identities and a trove of stolen cash are mixed into a complex, thoughtfully structured plot that eventually also involves the hostelry’s timid manager, Miles Miller (Lewis Pullman), Charles Manson-like cult leader Billy Lee (Chris Hemsworth) and Rose (Cailee Spaeny), one of Billy Lee’s young followers.

Sophisticated but gritty, “Bad Times” features characters who range from deeply evil and hopelessly corrupted to fundamentally decent yet ethically compromised. Darlene, who serves as the picture’s moral compass, is the only significant figure who is wholly free of taint, though she’s not above resorting to some harsh self-defense when the circumstances seem to demand it.

Goddard weighs the perverse version of belief embodied by Billy Lee, who uses rhetoric similar to that of his real-life counterpart, against the Gospel values embodied, however ambiguously, by Father Flynn. He focuses as well on the yearning for forgiveness and salvation that motivates Miles almost from the start, though the precise nature of Miles’ past sins is initially concealed.

Grown viewers looking for offbeat and ambitious fare may enjoy their stay at the El Royale. They should be warned going in, though, that the room rate includes some exacting material.

The film contains considerable violence with gore, glimpses of distant full nudity, mature themes including the sexual abuse of a minor, a couple of blasphemous expressions, a few uses of profanity and much rough and crude language. The Catholic News Service classification is L — limited adult audience, films whose problematic content many adults would find troubling. The Motion Picture Association of America rating is R — restricted. Under 17 requires accompanying parent or adult guardian.