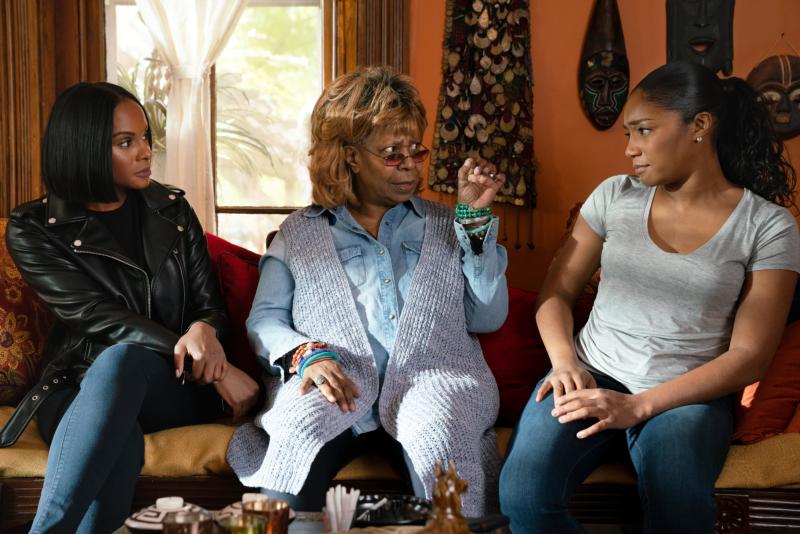 In addition to being “ghetto,” Tanya also is uninhibited — to say the least. Thus, when Danica and her workmate and best friend Callie (Amber Riley) go to pick Tanya up from prison, they find her having casual sex with a stranger in his pickup truck. It’s intended as a joke when Tanya reveals, shortly afterward, that the man was there to visit his wife.

While Tanya cavorts, Danica deals both with professional challenges and with her complicated romantic life. She’s courted by coffee shop owner Frank (Omari Hardwick), but he doesn’t meet the criteria on a list she’s drawn up of the qualities of her ideal man.

Charlie, a guy Danica met on Facebook but has never seen in person, checks more of her boxes. Tanya, though, is convinced that Charlie is nothing like what he claims to be and that he’s “catfishing” Danica.

Through it all, Haddish’s undeniable comic energy is squandered on base running gags such as Tanya’s eagerness to sleep with every male she encounters. As for the serious aspects of the proceedings, including a thoroughly implausible climactic crisis, they’re too unrealistic to make an impact.

NEXT: ‘The Girl in the Spider’s Web’ spins tense, yet emotionless yarn