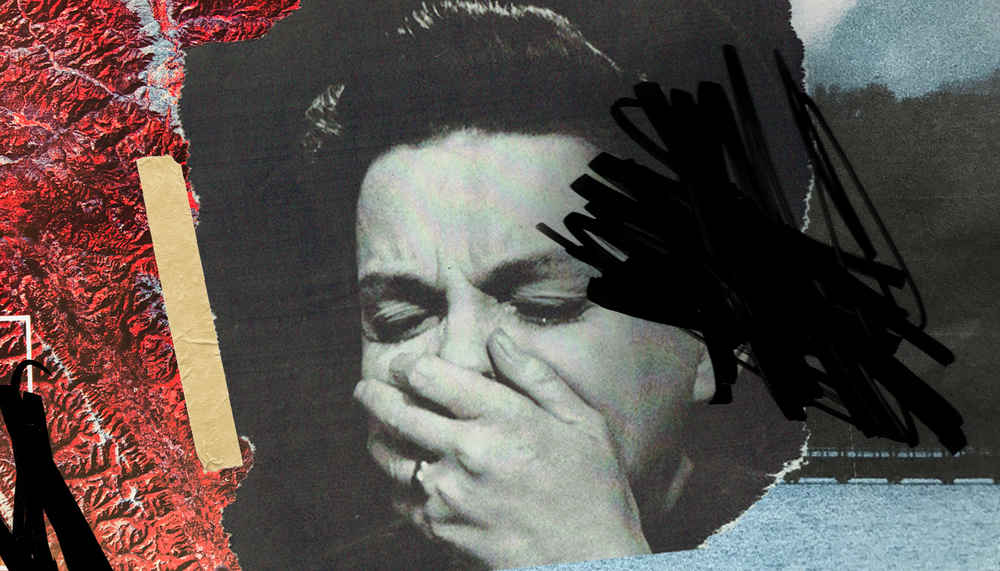 A few days after my parents’ divorce was finalized, my dad picked my brother and I up from our house, the place we had lived as a family for my whole life and the place my dad couldn’t call his home anymore. My dad had just finished his fifth round of rehab when the divorce was done.

Turns out rehab isn’t very helpful if you have friends sneak drugs to you in the parking lot.

My dad was staying with a friend so he drove us in his old red truck, the one that sounded like a bazooka when it backfired, to his house, not talking much on the way. His friend was pretty wealthy and lived on a lake, so when we rolled up it was like a scene out of MTV Cribs. As a freshman in high school, if you’d thrown some girls in the boat behind the house and called it a day I would’ve been happy.

But we weren’t there to flirt with the girls next door.

The three of us went inside and sat in the dimly lit living room. My dad sat lifeless in an armchair, closing his eyes and seeming to forget about the world in an instant. I couldn’t escape as easily.

It was hard to forget my dad’s drug addiction when it affected every aspect of my life. It wasn’t like he had started by seeking out drugs; it started because of the bad back he got from working in a warehouse for so long. His doc prescribed painkillers to help, but the addictive nature of painkillers — combined with a slew of other things going on in his life — caught up to him real quick. My dad eventually ended up so far gone that he had his own drug dealer, way in over his head with heroin.

After what seemed like an eternity of silence in that armchair, my dad started to talk. I don’t know what he started saying because my eyes glanced over to the pistol on the table next to him — I looked up, eyes wide, in time to hear him say.

“I was super close to ending my life last night. I didn’t know if I wanted to live anymore.”

I was just a kid. Why was this my life? Why did my dad have to go through all that? Why did our family have to suffer so much? At 15, all I wanted to think about was girls, sports, and girls. Now I was almost casually in a discussion about my dad’s thoughts about suicide after years of dealing with our lives falling apart because of his drug addiction.

“How could a supposedly good God allow me to go through something like this?” I thought to myself.

I was 20 when I learned about the story of a guy named Joseph. After that experience with my dad, I went crazy. I put all my energy into partying to numb the pain. I dropped out of all the sports I loved, eventually dropping out of high school because I could barely care less at that point. Life didn’t seem to make sense.

He was the youngest of his family and had big dreams. He did everything his father asked and worked the hardest among his brothers. Because of Joseph’s hard work and devotion, he had been gifted with a sign of affection — a special robe — from his father. His brothers hated him, and even the sight of him made them enraged. So much so that when Joseph was 17 his brothers threw him in a well and sold him into slavery.

I used to piss my brother off, too, but the most I got was a punch in the face.

Joseph didn’t do anything to cause these bad things but he was in for some hard times:

A life sentence to an ancient Egyptian prison.

Why did Joseph have to suffer? Why was this the path God had him on? Where was God in all this?

God didn’t inflict that suffering on Joseph, but He allowed it to happen because He knew the ending to Joseph’s story. He knew Joseph was made for greatness.

While Joseph was imprisoned, the Egyptian Pharaoh began to have strange, recurring dreams. The Egyptians believed the interpretation of dreams belonged to God, so Pharaoh sought after a wise man. He searched through the kingdom for someone, anyone, but no Egyptian could make sense of the dreams.

Until a man remembered someone who had interpreted his dreams in prison: Joseph.

Joseph was brought to Pharaoh. The dreams, he said, were foretellings of a severe famine. A famine so great that it would wipe out most of the ancient world. Because the Egyptians had the warning from Joseph, they were able to immediately prepare and store up enough food.

Because Joseph saved ancient Egypt from extinction, Pharaoh set his status as higher than all the people of Egypt.

But Joseph’s suffering wasn’t over.

It had been 13 years since he saw his brothers. They thought Joseph was dead. As the famine hit, the brothers traveled to Egypt, the only known source for food. Joseph saw his brothers, but they didn’t recognize him.

Joseph wanted revenge, but when he revealed himself to his brothers he embraced them instead. He explained to them, “You meant evil against me; but God meant it for good, to bring it about that many people should be kept alive” (Genesis 50:20).

Stephen Colbert, the late night comedic host, revealed in an interview that his father and two brothers died in a plane crash when he was just 10 years old. He said it was the most painful experience of his life, but the suffering was a gift from God. He loved the thing that he wished hadn’t happened because it caused him to walk the road less traveled — and that road led to a beautiful place.

If I hadn’t gone through the crap with my dad, or dropped out of high school, I never would have met my evangelical friends at the warehouse I worked at as a teenager. Those friendships ultimately led me to encountering who Jesus really is.

How could I wish away the path that I, like Joseph, was put on to bring about a greater good in my life?

At 15, sitting there with my dad in his temporary living room, shocked at what my life had become, I didn’t know that God was there, suffering with me. He didn’t want me to suffer, but by His amazing power He worked all of that pain and turmoil toward something great in my life. After God started to bring the pieces of my life together, I was able to forgive — and reunite with — my dad, like Joseph did with his brothers. It wasn’t an easy path to this place, but one I would never wish away.

Like Colbert, I love the thing that I wish hadn’t happened.

Jacob King is director of Anthem, the youth and young adult ministry of the Archdiocese of Philadelphia.

NEXT: Losing my religion