Murky plot not as clear as ‘Glass’ 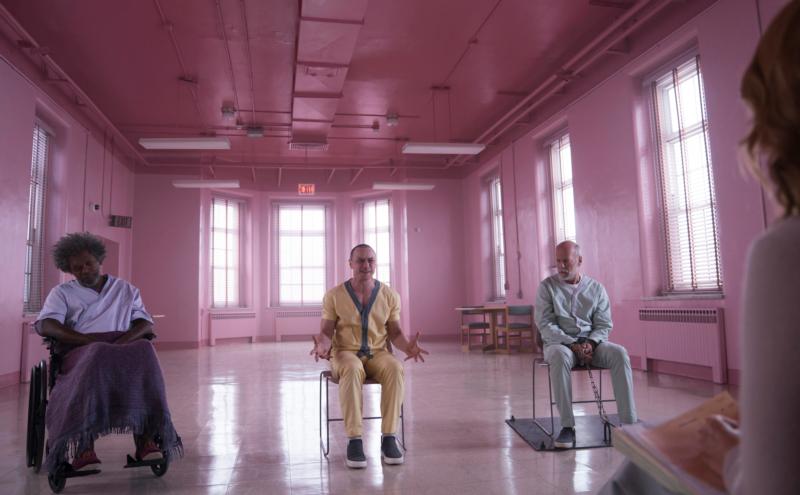 NEW YORK (CNS) — Those willing to entertain the real-life existence of superheroes as well as those well-versed in the previous films of director M. Night Shyamalan would appear to be the target audience for his thriller “Glass” (Universal).

Viewers lacking either of those qualifications, however, may find Shyamalan’s latest long on eerie atmosphere but wanting in coherence.

Way back in the days of Bush v. Gore, “Unbreakable” found comic-book gallery owner and rare disease victim Elijah Price (Samuel L. Jackson) trying to convince security guard David Dunn (Bruce Willis), the sole survivor of a train wreck from which he emerged unharmed, that he was endowed with more than merely human abilities.

Flash forward to 2016 and “Split” followed the kidnapping and killing rampage of childhood abuse victim-turned-schizophrenic-murderer Kevin Crumb (James McAvoy). One of Crumb’s multiple personalities, the Beast, also appeared to have capabilities not found in ordinary folks.

In “Glass,” Shyamalan reunites this trio — a connection between the two pictures was already established at the end of “Split” — by locking them up in an asylum and placing them under the care, if that’s the right word, of Dr. Ellie Staple (Sarah Paulson). Staple firmly opposes Price’s thesis and purports to specialize in treating those with delusions of DC or Marvel-style grandeur.

Also reappearing are Dunn’s son, Joseph (Spencer Treat Clark), who works at Dad’s shop but also aids him in moonlighting as a vigilante, Elijah’s unnamed mom (Charlayne Woodard) and escapee from Crumb captivity Casey Cook (Anya Taylor-Joy). Joseph and Mama are true believers in their respective relatives’ superhuman endowments. Casey is the only one who can connect with Kevin — having endured similar mistreatment as a child — and potentially get him to control the Beast.

Many of the grown-ups for whom “Glass” is acceptable will find the debate on which it hinges pointless. A lot of them will also likely be put off by the bloodletting in which the movie briefly indulges. Thus the Beast goes out of frame to chow down on one of the extras he’s just dispatched, then spends quite a while afterward with his lips dark crimson as a result.

In the end, “Glass” achieves little beyond affording McAvoy the opportunity to demonstrate an impressive talent for switching from one persona to the next at a moment’s notice. His adeptness hardly compensates, though, for the muddled story in which his varied characters are stuck.

The film contains much violence with considerable gore, including an off-screen act of cannibalism, a few gruesome images, a couple of uses of profanity, occasional crude language and an obscene gesture. The Catholic News Service classification is A-III — adults. The Motion Picture Association of America rating is PG-13 — parents strongly cautioned. Some material may be inappropriate for children under 13.