In twist on romantic comedies, ‘Isn’t It Romantic’ is actually funny 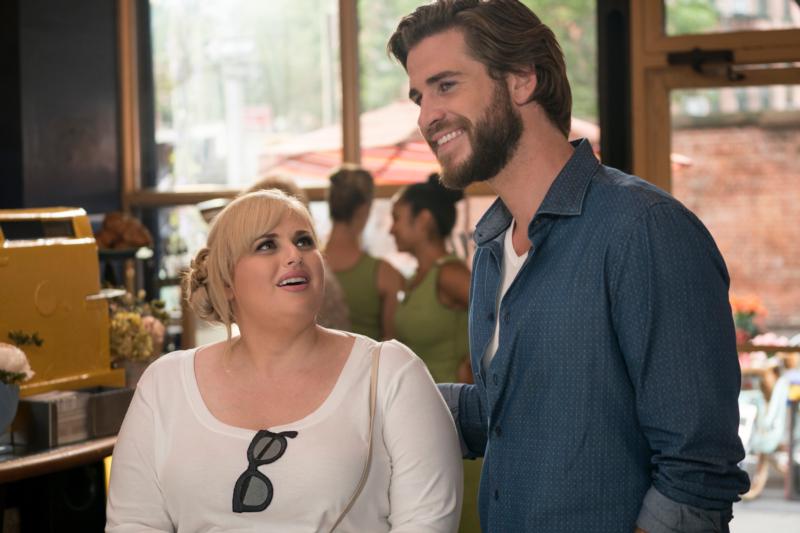 Rebel Wilson and Liam Hemsworth star in a scene from the movie “I’sn’t it Romantic.” (CNS photo/Warner Bros.)

NEW YORK (CNS) — Funny thing about recent Hollywood comedies, many of them are anything but. Whether marred by a post-“Hangover” desire to be outrageous or by actions or situations entirely unrelated to normal human behavior, they usually wind up being more tiresome than tickling.

So the sunny send-up “Isn’t It Romantic” (Warner Bros.) comes as something of a relief. In satirizing the conventions of contemporary romantic comedies — while also, of course, providing a love story of its own — director Todd Strauss-Schulson’s upbeat film delivers laughs aplenty. Which is not to say, however, that it’s a family movie. Though the blue material is relatively minimal, this is, nonetheless, strictly grown-up fare.

Rebel Wilson brings verve to the role of Natalie, a lovelorn architect and cynical critic of what she considers the delusions perpetrated by the genre. After being mugged and, in trying to escape her assailant, sustaining a blow to the head, however, Natalie wakes up in a transformed version of her world, one filled with all the cliches of the pictures she disdains.

Natalie, when she’s not too busy being exasperated by the rosy-hued events taking place around her, is smitten with Blake’s good looks and lavish lifestyle. But she continues to feel drawn to Josh, despite the fact that she has turned down dates with him in the past and has managed to blind herself to the fact, quite apparent to the audience from the outset, that he has long been her secret admirer.

Thus the struggle is on between surface attraction and something much more substantial.

The essential message of “Isn’t It Romantic,” concerns the need to appreciate yourself before you can be open to receiving love. That’s a valid enough lesson for emotionally fearful Natalie to learn. But, along the way, her educational adventure takes on topics best suited to mature viewers.

One frequent element of the movies being skewered, for instance, is the heroine’s swishy gay friend who serves as her confidant and adviser. Enter Natalie’s neighbor, Donny (Brandon Scott Jones). Though Natalie had taken Donny for a ladies’ man, in rom-com land he’s so light in his loafers he’s in danger of floating away.

There’s not much of an agenda to this aspect of the story, though, beyond objecting to the excessively effeminate portrayal of such characters.

Another staple of romantic comedies is the discreet bedroom fade out — after which it’s made apparent that the couple spent the night together. This becomes fodder for some amusing scenes between Natalie and Blake. But they’re not ones, obviously, that Mom and Dad can enjoy with the kids in tow.

Along the same lines, Natalie is continually drowned out by other sounds whenever she attempts to use the F-word — a sly reference to the desire of many filmmakers to qualify for a PG-13 rating from the Motion Picture Association of America.

Though such motifs involve restraint, they paradoxically put “Isn’t It Romantic” beyond the pale for youngsters — as, too, does a more wayward exchange between Natalie and Donny detailing what the former learned about Blake’s anatomy by spying on him in the shower. That riff aside, though, most of the gags are no more than a bit saucy and will easily be taken in stride by older moviegoers.

The film contains mature subject matter and humor, including numerous references to homosexuality and nonmarital sex, brief medical gore, a same-sex kiss, an irreverent joke, a few uses of profanity and a mild oath, at least one instance of rough language, occasional crude and crass talk and an obscene gesture. The Catholic News Service classification is A-III — adults. The Motion Picture Association of America rating is PG-13 — parents strongly cautioned. Some material may be inappropriate for children under 13.

PREVIOUS: What’s poetry doing on a page like this? Plenty