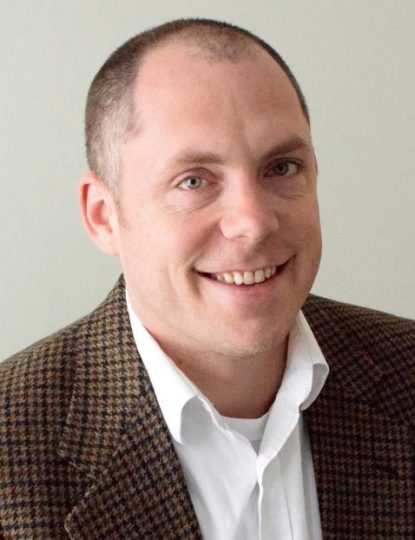 Washington Examiner reporter Tim Carney is pictured in this undated photo. He is the author of the book “Alienated America.” (CNS photo/courtesy Tim Carney)

WASHINGTON (CNS) — When you hear the word “alien,” what do you first think of? A short man with a bulbous head hailing from Mars? Perhaps the intractable national debate on border security?

In his new book “Alienated America,” Washington Examiner reporter Tim Carney uses the term to describe communities, primarily rural ones, that became disillusioned leading up to the 2016 election. It’s people from these kinds of communities, Carney maintains, who pulled the lever for Donald Trump in 2016.

Though he didn’t foresee Trump’s triumph, Carney knew early on that alienated communities were attaching themselves to the real estate mogul. He told Catholic News Service in a phone interview that, as a politics reporter, “it did strike me when he (Trump) said, ‘The American dream is dead’ … I started to believe his core support would come from people who believed the American dream was dead.”

“Disaffected Americans supported Trump” sounds like a tired thesis, but Carney brings something new to it: Where other pundits posit fleeing economic opportunity or racial attitudes as the proxies for “disaffection” that led Trumpers to the polls, Carney thinks it was the dissolution of civic institutions such as church and family that made communities coalesce around him.

His book reports, for example, that support for Trump in Republican primaries was inversely proportional to how often people in those areas attended church.

Carney and his family are well-integrated in the Catholic community of Chevy Chase, Maryland, a Washington suburb. The strength of the Catholic Church as an institution and the tightknit community it comes with are fixtures of his family life, especially in times of hardship. 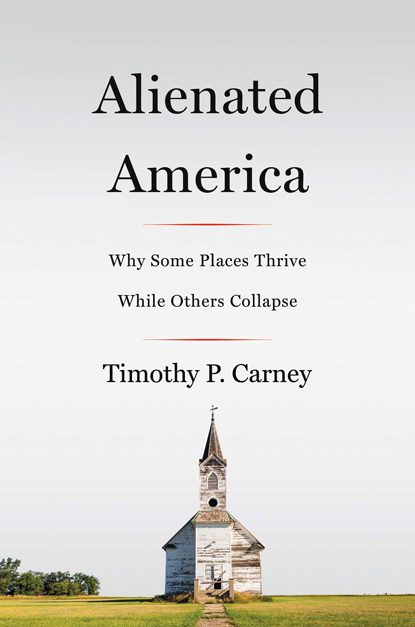 This is the book cover of “Alienated America.” It is written by Tim Carney, a reporter at the Washington Examiner. (CNS photo/courtesy Tim Carney)

“In the preface to the book, I point to the support we got from parish and school when my daughter was in the hospital,” Carney told CNS, saying the experience “upended our life.”

But during that turbulent time, his community stepped up and began pitching in as if the Carneys were part of their own family: “(My kids) were so excited to get so many desserts delivered to them. … To have so much support it can seem like you’re countercultural.”

And after visiting communities across the United States which backed Trump, Carney began to see that many people in these towns have nothing close to the support network that he enjoys. Because the civic institutions of these places are fewer and weaker, the path to recovery after an emergency or other event can be very steep.

“Visiting places made the difference” Carney said, pointing to the example of Oostburg, Wisconsin, a working-class town with a strong church culture which supported Sen. Ted Cruz of Texas over Trump in the 2016 Republican primaries.

In contrast, Williston, North Dakota, ended up pulling for Trump in the same primary. Though it has many of the same features that Oostburg does, it lacks strong civic institutions. Carney related in his interview how the town’s mostly blue-collar men lack a network to funnel them into marriage, a move that could hamstring them financially and lead to rocky times alone.

People from places such as Williston deem themselves outcasts, and Trump, a political outcast, was their choice to shake things up in Washington.

Carney is not a Trump hater — he simply wants people to understand the legitimate problems that caused people to support him. In fact, he commented supportively on some of the advances the president has made for religious liberty, like nominating Neil Gorsuch to the Supreme Court and “really pushing the Restoration of Religious Freedom Act … to the letter of the law.”

In general, Gorsuch, who was confirmed April 7, 2017, and sworn in a couple days later, sides with groups or people seeking to exercise their faith without the government intruding in religion.

But he’s not without his criticism: “I have never judged anyone or told anyone how to vote … (but) the most important thing I think is to describe (Trump’s) actions clearly and thoroughly … (because) people will defend his indefensible actions.”

So what can regular Catholics do in their everyday lives to help those who feel disconnected in our tumultuous times?

For Carney, you don’t have to travel far. “Turn your attention increasingly to your own parish,” he recommended, and find ways to serve your community close to home, to strengthen the human connections you already see around you.

Carney said all ought to take seriously the biblical command “to love their neighbor.”