‘The Kids Are Alright’ injects Catholic themes into prime-time sitcom 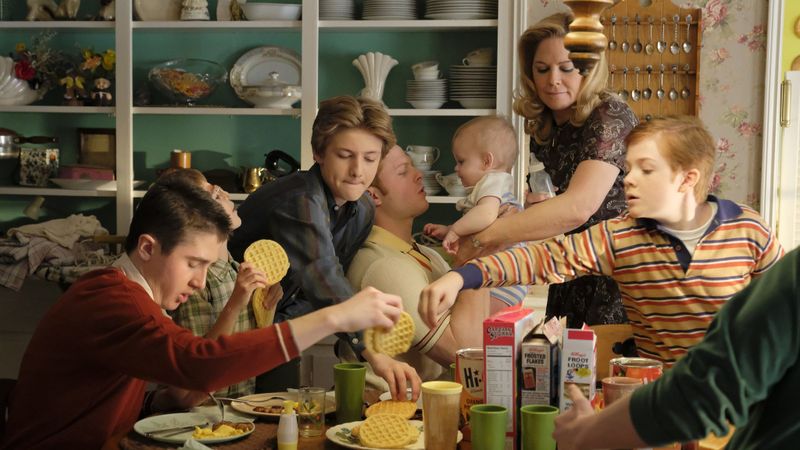 WASHINGTON (CNS) — If you read enough interviews with actors, you’ll get to a point in the interview where they say they don’t like to see themselves on the screen. That doesn’t mean, though, they swear off the screen and stage entirely.

Take, for instance, Mark Hamill, best known for playing Luke Skywalker in the “Star Wars” movie series. Apparently, he likes to chill out in front of the tube at 8:30 p.m. Tuesdays to watch the new ABC sitcom “The Kids Are Alright.”

In a recent tweet, Hamill said watching the show reminds him of his own Catholic boyhood.

For those unfamiliar with the series, “The Kids Are Alright” features an Irish-Catholic couple in Los Angeles with seven sons in the very early 1970s. Much of each episode is told from the perspective of the fifth son in the brood, Timmy (Jack Gore), who’s roughly 11 years old. An older and wiser Timmy serves as the narrator, whose voice is that of series creator and executive producer Tim Doyle.

Doyle is a veteran of the TV business, having produced, co-produced or executive-produced shows such as “Last Man Standing,” “Better Off Ted,” “Andy Richter Controls the Universe” and even a season of “Roseanne” in its mid-1990s heyday.

While “The Kids Are Alright” is a comedy, there’s no laugh track. The dialogue bounces from one character to another so quickly there’d be no time to salt in audience laughter.

The Catholic undercurrents are noticeable, particularly to Catholics. In the debut episode, eldest son Lawrence (Sam Straley) declares he’s leaving the seminary and is going to instead serve the whole world. In the March 20 episode, parents Peggy (Mary McCormack) and Mike (Michael Cudlitz), having gone on a Marriage Encounter weekend, try to apply — however imperfectly — the principles they picked up when it comes to household matters.

Earlier in the season, the Clearys had to deal with draft notices mailed to sons Lawrence and Eddie (Caleb Foote). Mike also loses the church keys to which he’d been entrusted, while the parents are shocked to learn their beloved pastor (Paul Dooley, still best known for playing the father in the 1979 movie “Breaking Away”) has a girlfriend.

This is not to say that everything always comes out with a pat, happy ending. In the March 20 episode, Lawrence dons his clerical garb so he won’t get asked for ID at the bar where he’s smitten with a barmaid twice his age; this particular plot point may have ended well for those two characters, but it didn’t exactly pay tribute to Catholic values.

Moreover, eighth-grade brother Joey (Christopher Paul Richards) also wears a black shirt and white collar so he can enter his roach in the same bar’s annual cockroach-racing contest — and pretty much gets away with it until Lawrence stops him from sipping a beer. It’s obvious that Joey is the most ethically challenged of the boys, and Mike worries in one episode about the lad’s future.

However, the March 27 episode served as a 30-minute meditation — minus commercials — on the Eighth Commandment. Peggy freezes when needing to make the left turns necessary to get a driver’s license, so she gets a neighbor (Markie Post, who spent eight seasons on the NBC sitcom “Night Court” a generation ago) to take the test for her, even to the point of having the neighbor’s photo on the license.

Peggy gets the boys to lie to Dad about getting her license taken away by a traffic cop, but the beans eventually get spilled. Meanwhile, Joey is caught passing off random articles of clothing and locks of hair as coming from the cast of “The Partridge Family” and has to return his ill-gotten gains to all the Partridge fans he swindled at school.

Mind you, I saw Polish director Krzysztof Kieslowski’s “Decalogue,” a 10-hour anthology focusing one hour on each of the Ten Commandments, and “The Kids Are Alright” brought home the point about lying quicker — and funnier.

Viewers rating individual episodes of “The Kids Are Alright” on imdb.com, the Internet Movie Database website, gave its lowest marks to the pilot episode. Otherwise, all subsequent episodes have been rated 7.7 to 8.4 on a scale of 0 to 10. In a TV universe that now has hundreds of prime-time offerings rather than the mere dozens of decades past, you can probably find better than “The Kids Are Alright,” but you can certainly find much worse.

PREVIOUS: ‘Dumbo’ soars onto screens against a headwind of sadness

NEXT: ‘The Twilight Zone’ enters new dimension in streaming video