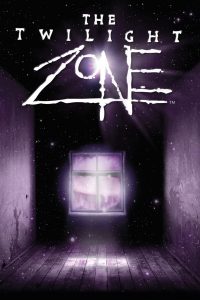 NEW YORK (CNS) — Jordan Peele, half of the popular comedy duo Key and Peele, has been on quite a roll. His 2017 horror film “Get Out” managed to appeal to audiences and critics alike. And his current follow-up, “Us,” has already surpassed “Get Out” commercially.

Riding the crest of a powerful wave, Peele also is the host and executive producer of CBS All Access’ reboot of the beloved science fiction anthology of the 1960s, “The Twilight Zone.”

Two of what will eventually be 10 episodes in the series’ first season are currently streaming, with more arriving April 11. So far, this reimagining is somewhat uneven, but worth exploring and suitable for most grownups.

This is the third network attempt to revive Rod Serling’s classic show, following CBS’ relaunch in the 1980s and UPN’s in the 2000s. The beloved original ran for five seasons, beginning in 1959, and produced 156 episodes.

Peele’s series is respectful of and faithful to the tradition. It includes its progenitor’s “you’re entering another dimension” introduction and universally recognized soundtrack.

Dressed conservatively in dark suits, accessorized by pocket squares, Peele tries to fill the hosting role Serling performed so memorably, his clipped delivery distinguishing his set-up of each episode. Based on four installments available for review, it isn’t yet clear that Peele will leave a similar mark.

With the original program still widely available, there’s a good chance younger viewers have seen it in reruns. Those familiar with the classic show will recognize that its concerns, narrative tropes and themes have been incorporated into the update.

The premiere episode, for instance, reflects one of the old series’ frequent themes: a guy who makes a questionable bargain to become successful only to discover belatedly his tradeoff’s downside. As it begins, high-minded Pakistani-American comedian Samir Wassan’s (Kumail Nanjiani) routines about the Second Amendment aren’t winning over audiences.

After another disappointing set at Charlie’s Comedy Club, Wassan encounters his idol, comic legend J.C. Wheeler (Tracy Morgan), who steers him onto a new path, altering his career’s trajectory. “You are a country with one export,” the seasoned pro tells his acolyte. “And you’re that export.”

Wheeler’s goading converts Wassan into a ruthless cheap shot artist. And he eventually discovers that people he once cared about have started disappearing from his life as result of the cruel humor directed at them.

As was true of the 1960s program, some episodes are heavy-handed morality plays. A story about African American mother Nina (Sanaa Lathan, “Love & Basketball”) preparing to take her aspiring filmmaker son, Dorian (Damson Idris), to college is a case in point.

While the two are having breakfast at a diner in rural Virginia, Nina realizes that pushing the rewind button on her camcorder reverses the racial harassment, profiling and violence directed at the duo by Officer Lasky (Glenn Fleshler), a white state trooper.

The point is painfully self-evident, driven home clumsily by the caricature of the Southern white policeman, who’s overweight, pie loving and incapable of seeing beyond his prejudices. This is the two-dimensional portrait that ultimately emerges, despite the script’s earlier attempts to humanize Lasky.

This simplistic storytelling may have been more acceptable when “The Twilight Zone” first aired. But contemporary viewers deserve more nuanced narratives that take into account, for example, the complex, fragile dynamics informing racism.

Along with some violence and sexually suggestive dialogue, the new show is marked by constant, gratuitous vulgar language. That’s especially unfortunate because such talk adds nothing to the drama and prevents endorsement for teen viewers.

The quality of the production varies, from the flat premiere to an entertaining and intriguing episode about a mysterious traveler’s impact on the people of the small Alaska village of Iglaak. Greater consistency would help the show find a footing with audiences. As it is, its hits and misses leave the program’s fate in doubt.

NEXT: ‘The Mustang’: A wild horse, a wilder man — and redemption