‘The Mustang’: A wild horse, a wilder man — and redemption 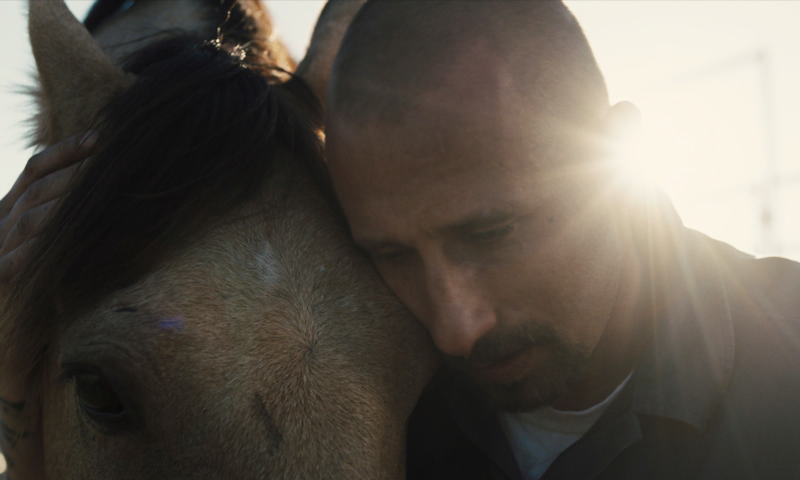 Matthias Schoenaerts stars in a scene from the movie “The Mustang.” (CNS photo/Focus Features)

NEW YORK (CNS) — You might think of “The Mustang” (Focus) as an animal tale for grown-ups. Happily, the old classic formula of a man just needing the love of a good horse has lost none of its luster.

It’s a straightforward, simple redemption theme: Troubled men tame wild horses, thereby finding a way to discipline themselves while gaining responsibility through the dignity of work. That’s all there is to it, in a ruggedly beautiful Western setting.

Only the presence of coarse language and the realistic portrayal of inmates under incarceration keeps this from being a family film.

Director Laure de Clermont-Tonnerre, who co-wrote the screenplay with Mona Fastvold and Brock Norman Brock, has tailored the drama around a real program operated by the Bureau of Land Management.

The wild horse population in Western states, numbering more than 80,000, lacks enough grasslands to sustain it. So it’s partly culled through a program in which inmates tame (technically, “green break,” which means further training is required) a few hundred for auction to law enforcement and other agencies that rely on them.

The redemption here occurs to Roman Coleman (Matthias Schoenaerts), an inmate at Northern Nevada Correctional Center. He’s in the 12th year of a sentence for what we eventually learn was a violent assault and has spent so much time in solitary confinement he can barely form coherent speech.

He has never learned to deal with his anger issues, and he has a lot of be frustrated about, including a strained relationship with his pregnant daughter, Martha (Gideon Adlon). He’s nonetheless required to be in a social rehabilitation program, so he’s assigned to the horses, although at first only shoveling manure.

Myles (Bruce Dern), the grizzled old trainer, somehow sees potential in Roman, with the result that he’s quickly assigned a horse, and of course, he’s given the wildest one in the bunch. Roman is helped by Henry (Jason Mitchell), a fellow inmate, but his first attempts at horse “gentling” go wildly wrong, and he’s returned to solitary briefly for punching out the animal.

There are hints of simmering racial tension among the inmates, and Roman also has to decide how much he wants to assist his cellmate, Dan (Josh Stewart), with distributing narcotics from the prison pharmacy.

The predictability of the story doesn’t lessen the joy of experiencing Roman’s progress as he bonds with his horse. Mostly there’s equine therapy at work here, soothing to man and beast alike, with both only seeking their freedom.

The film contains knife and physical violence, references to drug dealing, a few profanities and some rough and crude language. The Catholic News Service classification is A-III — adults. The Motion Picture Association of America rating is R — restricted. Under 17 requires accompanying parent or adult guardian.

NEXT: In ‘Shazam!’, exaltation of family over ego worthy of exclamation!