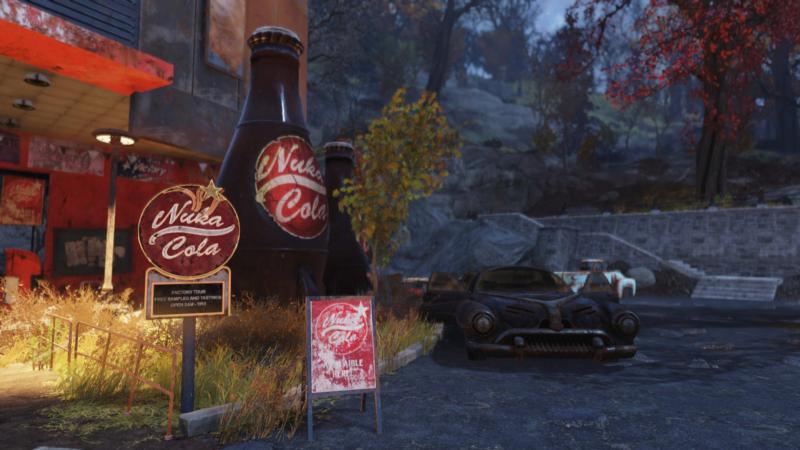 NEW YORK (CNS) — “Fallout 76,” the highly anticipated multiplayer post-apocalyptic survival game from Bethesda, kicked up a nuclear mushroom cloud of controversy, complaints and confusion when it launched in autumn 2018.

With Bethesda’s recent release of the “Nuclear Winter” battle royale mode — as made popular by “Fortnite,” that’s a scenario in which a large group of gamers fight against one another until only one team is left standing — and the upcoming “Wastelanders” update this fall, however, the game has made a strong comeback. Adult fans may want to return to its rural setting to see at what it has to offer.

Players emerge from Vault 76, an underground bunker built to outlast atomic devastation, in the year 2102. Their mission is to reclaim and rebuild the Appalachian region of West Virginia. Each server world contains only 24 other gamers, letting you encounter players in the wild or team up with friends. Cooperative play is encouraged, with up to four people in one squad, promoting strategy, communication and community.

As usual, this is an area where parents will want to exercise caution, as gamers can talk to one another if they have headsets with microphones, potentially exposing younger players to poor behavior. Bethesda has an in-game reporting system in place for players to alert them to violations of their community standards.

If PvP isn’t your cup of Nuka-Cola, you can easily avoid those encounters by playing in Adventure mode. Build a unique base on the top of a mountain, delve deep inside a cave filled with radioactive animals to obtain legendary loot, or fight a gargantuan bat called a Scorchbeast Queen.

The storyline of “Fallout 76” is not linear, permitting players to follow the quests and missions that appeal to them in any order. These set-pieces often explore different themes, such as corporate or government corruption and the ethical choices people might face in the aftermath of nuclear fallout.

Additionally, gamers discover what happened to the residents of West Virginia after the bombs fell in 2077 and learn about the pervasive disease because of which none of them managed to survive for long.

“Fallout 76” does contain the optional use of drugs, tobacco and alcohol. The narcotics of the 22nd century give players some benefits, such as increased strength for five minutes. But they also come with risks of addiction and negative side effects — so there’s no question of the narrative touting them as fun or recreational.

Most violence is directed toward nonhuman creatures, and none of it is nearly as detailed as it can be in the “Call of Duty” or “Battlefield” franchises. Blood effects can be toggled on or off in the game settings. The vulgar language is sporadic and can occur in text or spoken dialogue. There is no sexual content.

“Fallout 76” struggled on its initial debut. But the game has achieved a polish that makes it a worthwhile addition to any grown-up’s library, especially for diehard fans of the “Fallout” series. As for older teens, at least some parents may feel comfortable with them acquiring this title as well.

Playable on Playstation 4, Xbox One, and PC (Steam, Bethesda Launcher).

The game contains frequent combat, which can be kept stylized, optional drug and alcohol use and occasional rough and crude language. The Catholic News Service classification is A-III — adults. The Entertainment Software Rating Board rating is M — Mature.

PREVIOUS: Calling card for Catholic Laughs duo is a love of wholesome comedy

NEXT: ‘Spider-Man: Far From Home’ spins a snappy, substantial tale