Explore the virtues of ‘Dora and the Lost City of Gold’ 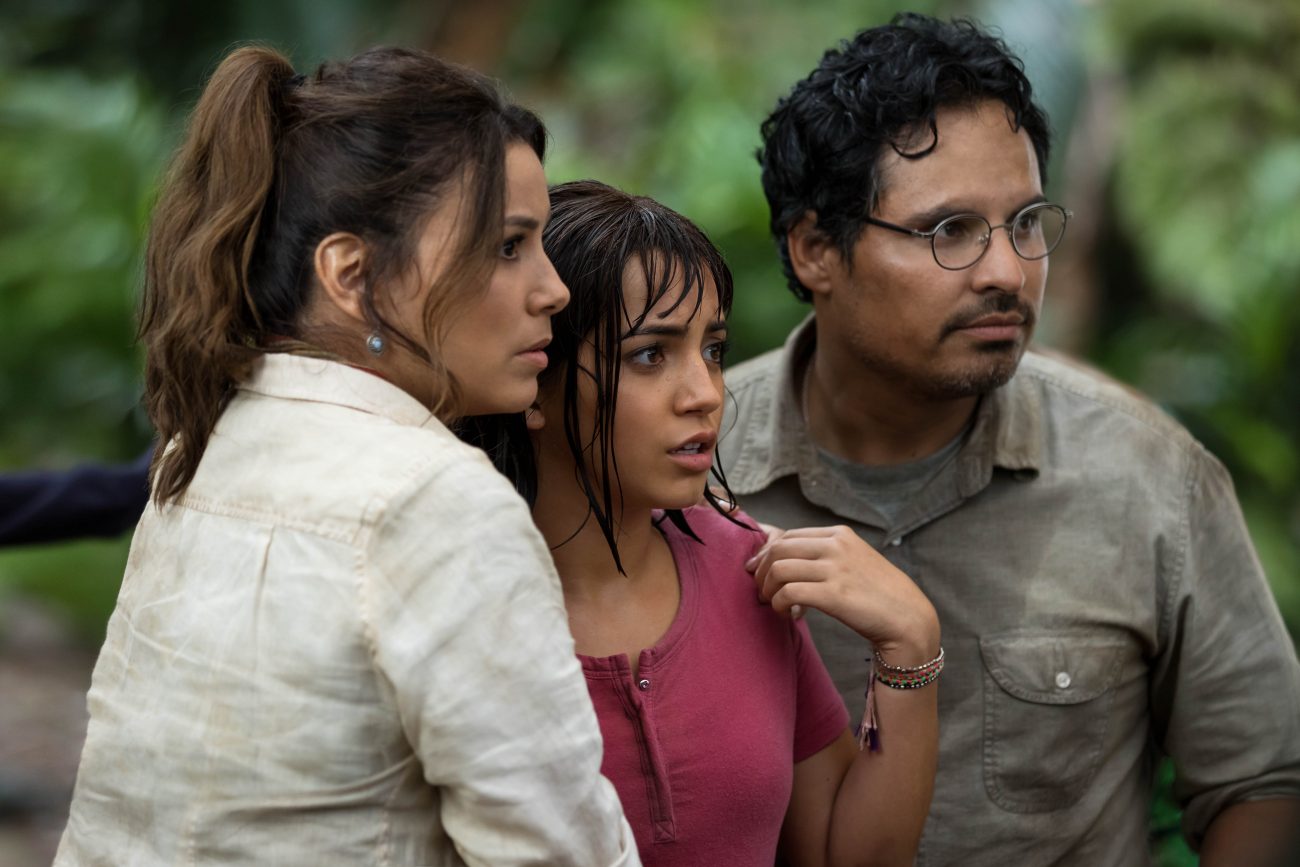 Eva Longoria, Isabela Moner and Michael Pena star in a scene from the movie “Dora and the Lost City of Gold.” (CNS photo/Paramount Pictures)

NEW YORK (CNS) — Teenage and grown viewers will find much to cheer about in “Dora and the Lost City of Gold” (Paramount). As for younger fans of its source material, the popular Nickelodeon cartoon series “Dora the Explorer,” however, parents may need to exercise just a bit of caution.

Overall, this live-action adaptation, directed by James Bobin (“Alice Through the Looking Glass”), is that Hollywood rarity: a sunny, fun-filled movie with valuable lessons about kindness, friendship and tolerance. There are a few rough edges here and there. But these are compensated for by the film’s much-needed presentation of positive role models for young people.

Whereas the animated Dora is a spirited 7-year-old living with her archaeologist parents in the Amazon rainforest, this version finds a teenage version of the character (Isabela Moner) navigating the Left Coast urban jungle as a high school student in Los Angeles.

Her folks, mom Elena (Eva Longoria) and her otherwise unnamed Dad (Michael Pena), decide that Dora needs to expand her horizons and make new friends. So she’s sent packing to join her cousin, Diego (Jeff Wahlberg), and his family in California.

Dora is disappointed to leave behind her beloved pet monkey, Boots (voice of Danny Trejo), and miss out on a grand adventure — her parents are setting off in search of the fabled Incan site of the title. But real treasure, so Elena assures her daughter, lies in the discovery of other places. “If you just believe in yourself, anything is possible,” she says.

A field trip to the Natural History Museum goes awry when this ill-matched foursome is unexpectedly kidnapped by bandits eager to locate Dora’s parents and the pre-Columbian treasure from which the location of their dig takes its name.

Shipped back to the Amazon, they are rescued by family friend Alejandro (Eugenio Derbez), and set out to find Ma and Pa before the baddies — led by a crafty fox named Swiper (voice of Benicio del Toro) — can.

A rollicking adventure ensues with stylized action sequences that echo the “Indiana Jones” and “National Treasure” film franchises, as well as “The Wizard of Oz.” Sprinkled throughout are amusing references to Dora’s cartoon heritage, including spontaneous singalongs.

It’s a safe bet that goodness will conquer in the end and that Dora’s less-than-congenial peers will be redeemed by her good example.

The film contains unthreatening action sequences, a childish scatological reference and one mildly crass oath. The Catholic News Service classification is A-II — adults and adolescents. The Motion Picture Association of America rating is PG — parental guidance suggested. Some material may not be suitable for children.

PREVIOUS: Filmmaker’s documentary less on immigration than the ‘human story’

NEXT: ‘Good Boys’ are anything but