Filmmaker’s documentary less on immigration than the ‘human story’ 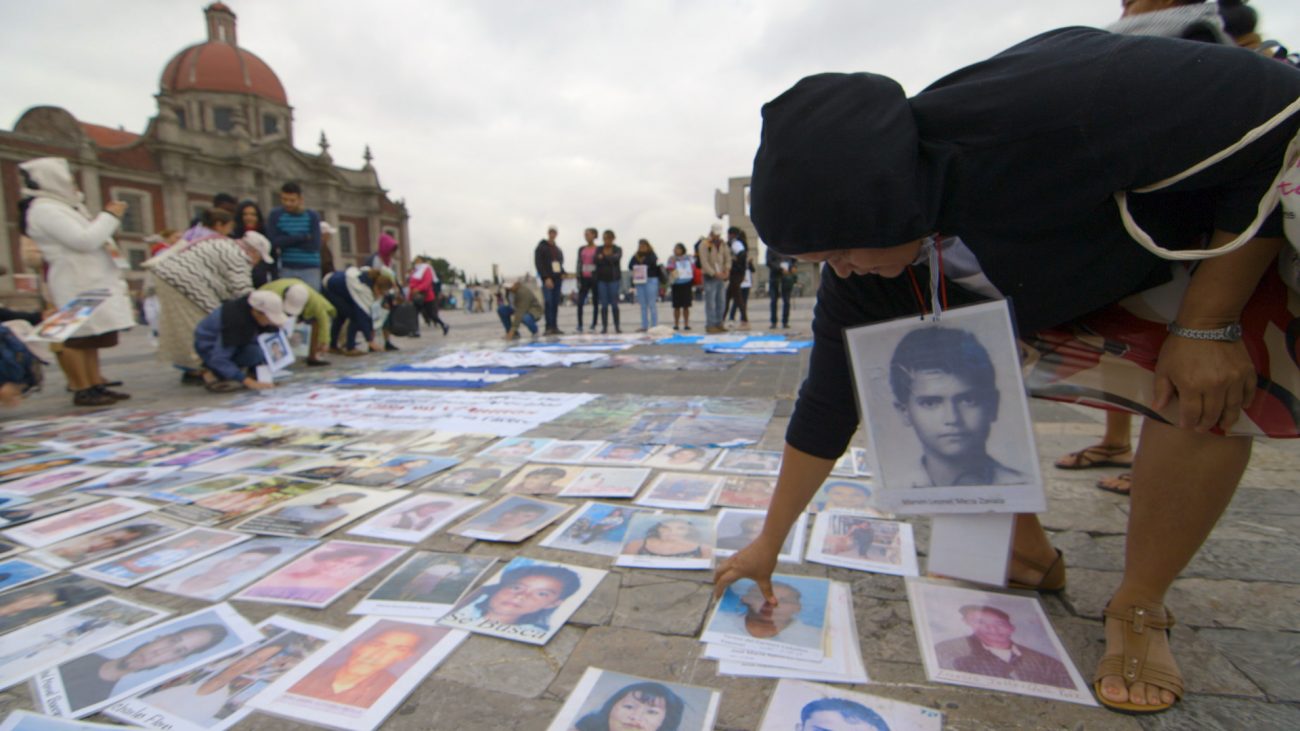 This is a scene from the documentary “A Place of Absence.” The documentary follows director Marialuisa Ernst and her journey with a Caravan of Mothers of Missing Migrants, who are Central American women desperately searching for sons and daughters who vanished en route to the U.S. Ernst said she made the film to better understand her mother’s emotional turmoil in the aftermath of the disappearance of Ernst’s uncle during Argentina’s “Dirty War.” (CNS photo/courtesy A Place Films, LLC.)

WASHINGTON (CNS) — The linchpin of Marialuisa Ernst’s upcoming documentary, “A Place of Absence,” is that, each year, about 20,000 Latin Americans migrating to the United States seem to disappear.

But, as Ernst puts it, “it’s not a really an immigration story. It’s a human story.”

At the heart of the story are mothers who themselves make an annual northward journey to learn the truth about what became of their missing children.

These mothers are “all religious,” Ernst told Catholic News Service in a telephone interview from New York City, where she — as producer, director and writer — is working in postproduction for the documentary.

“Maybe they’re not Catholic all of them, but when saying that they keep up with their faith, hope and faith is all one has,” Ernst said. “That’s something nobody can take away from them. That’s the only thing they have in that nightmare of experience they have.”

One scene in “A Place of Absence” has a convoy of mothers covering the plaza of a church in Mexico City with enlarged photographs of their missing children.

“Nobody really knows about the people who didn’t make it here,” Ernst said. “They’re kidnapped. Something happened to them.” Other possibilities are that they died en route — perhaps even after crossing into the United States — or that they were murdered, or sold into sex slavery. Or, perhaps, they melted into the fabric of some city or village along the way.

Ernst knows well the in-between ambiguity the mothers face of not knowing the fate of their loved ones. Her uncle, Guillermo, was one of the thousands of Argentines who, to coin a new verb tense, “were disappeared” by the military junta in the 1970s during that country’s “dirty war” against its own citizens. His bones were positively identified after being found in a mass grave dug up decades after the dirty war.

“When I was a child, I used to listen to his songs. There was a tape with the songs that my uncle had written and he was singing. I’ve listened to those lyrics all my life,” Ernst said. “When we were able to find him — his remains — we had the song that he said he wanted to have sung at his funeral, having wrote, ‘I’m coming back to my beloved land to rest. I’ve come after a long journey, the seed of a tree. When my leaves are blown by the wind, I’ll sing a song of triumph.’ We cremated his body and planted a tree where we planted the remains.”

Originally, Ernst set out to make a documentary focused on her uncle, and the pain her mother felt in not knowing her brother’s fate, being able to neither celebrate nor mourn. Then Ernst learned of the mothers and their bus trips to seek their children, even after more than a dozen years of them going missing.

“They are raising awareness and searching for their kids,” Ernst told CNS, “in brothels and migrant shelters. They search in jails and, because they are outspoken, they find strength in being together.”

She added, “I was able to really witness what that pain was, how deep and ingrained, women and pain.” But “they don’t just sit and cry and home,” Ernst said. “They create change.”

Sometimes they find their children alive; Ernst said her documentary will capture one such mother’s story.

More often than not, there is little, if any, progress toward learning the fate of a missing child. In one case, Ernst helped arrange for a visa for one mother to travel inside the United States and look for her adult son, whom she believed was dead and could be buried somewhere.

What the mother learned was that “there’s no systematic way or federal laws that say what you do when a body’s found,” Ernst said. “Each county has the power” to do with unclaimed bodies as it chooses.

In San Diego County, California, “they will throw the bodies on the back side of a cemetery that is closed to public access, and throw a brick and say ‘John Doe’ and ‘Jane Doe,'” she said, and “cremating the bodies that don’t have DNA” matches. But in Pima County, Arizona, “they have a database of the bodies found, so she gave her DNA and was searching there,” Ernst added.

News articles from 2008 and 2011 suggested there were 40,000 unidentified decedents in the United States at any one time.

“A Place of Absence” is “also about the mother’s love, or how love cannot have borders, and how humans can have each other,” Ernst said. “In a way, I’m making this documentary, which is not issue-based, but more people-based. … “You go on a journey with the mothers and you root for them,” she added. “You understand what they’re going through.”

NEXT: Explore the virtues of ‘Dora and the Lost City of Gold’