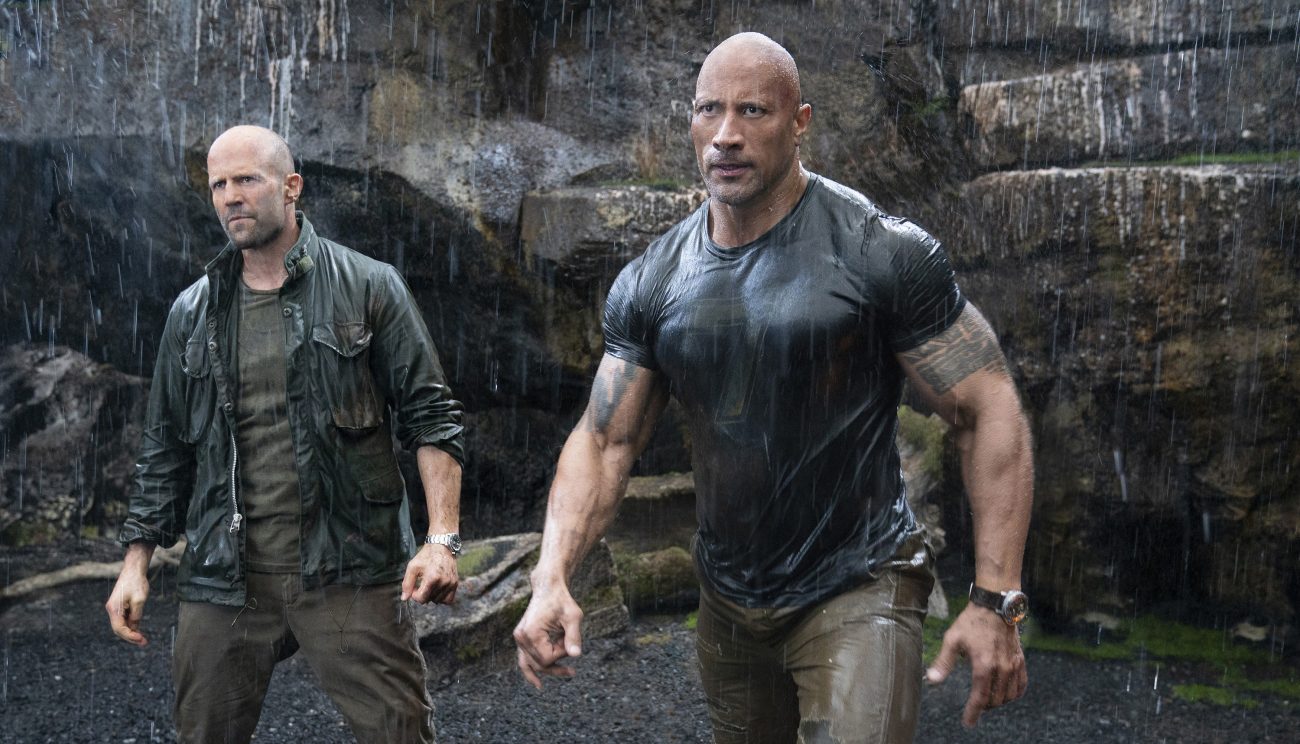 NEW YORK (CNS) — In keeping with a tested formula, barbs are traded, vehicles are raced and both fists and bullets fly in “Fast & Furious Presents: Hobbs & Shaw” (Universal), director David Leitch’s stand-alone addition to the popular action franchise that started in 2001.

The result is mayhem aplenty, which is also, of course, part of the recipe. Still, the absence of gore, together with an implicitly pro-life message and themes of family unity and forgiveness make this rowdy globetrotting chase acceptable for most grown viewers.

As fans of the series will know, and others will quickly discover, the insults aforementioned are part of the longtime antagonism shared by the characters of the title, Dwayne Johnson’s Luke Hobbs, a retired American law-enforcement official, and Jason Statham’s Deckard Shaw, a British military veteran. The premise here is to force the two into partnership and watch the sparks fly.

To achieve that, screenwriters Chris Morgan and Drew Pearce get Shaw’s estranged sister, Hattie (Vanessa Kirby), an intelligence operative for MI6, mixed up in a plot to use a newly developed bioweapon to launch a global pandemic.

As part of a team that tries but fails to secure the substance, Hattie is forced to take possession of it by injecting the capsules containing it into her own body. Whereupon she is promptly accused of going rogue and stealing the stuff, so she goes on the lam.

By the time her brother and Luke catch up with her, Hattie has less than 72 hours before the containers will dissolve, at which point she will die, and the disease will be off to the races. Though she expresses her willingness to sacrifice herself rather than endanger a whole swath of the world’s population, Hobbs and Shaw insist there’s another way.

The virus was developed by Eteon, a secretive organization intent on killing off the weak and enhancing survivors — as they have already done with Brixton Lorr (Idris Elba), the seemingly unstoppable cyber-soldier they dispatch to retrieve the toxin. The main trio’s quest to thwart Eteon’s plan takes them from London to Moscow and eventually on to Hobbs’ homeland, Samoa.

Amidst the car chases and pyrotechnics, Shaw and Hattie try to work through the misunderstanding that has separated them, even as new tensions arise based on the mutual attraction she and Hobbs are experiencing. Once we reach the Pacific, Hobbs has the opportunity to mend similar fences with his alienated sibling, Jonah (Cliff Curtis).

Thus, although a brief invocation of the native gods of Samoa takes the place of the subtle Catholic trimmings that have sometime appeared in earlier installments, the values underlying the script, including the emphatic dismissal of Eteon’s criminal lunacy, will be found congenial by moviegoers of faith. Traffic cops, by contrast, may be outraged.

The film contains constant harsh but bloodless violence, including gunplay, explosions and torture, some sexual humor, a few uses of profanity, at least one rough term and much crude and crass language. The Catholic News Service classification is A-III — adults. The Motion Picture Association of America rating is PG-13 — parents strongly cautioned. Some material may be inappropriate for children under 13.

PREVIOUS: Family-friendly ‘Dauntless’ makes for heroes of all ages

NEXT: ‘Once Upon a Time’ evokes the good, bad and ugly of Hollywood