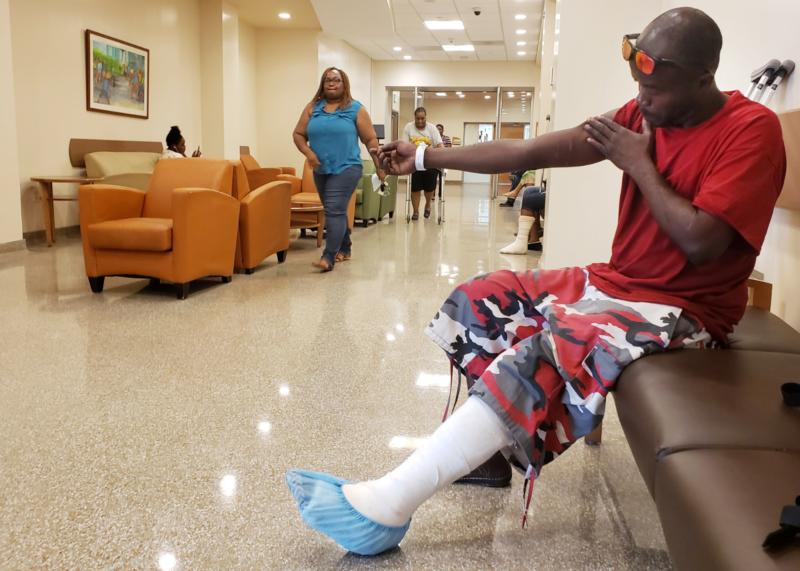 MIAMI (CNS) — Untreated chronic illnesses, wounds and stress-related complications are some of the medical issues Abaco Islands residents are still facing in the wake of Hurricane Dorian, according to a Catholic Charities-sponsored medical team leader who recently visited the region.

Dr. Richard Paat, a clinical professor of medicine at the University of Toledo in Ohio, said the team visited those who couldn’t get out during the hurricane and those who have now returned home.

Paat, a member of St. Rose Church in Perrysburg, Ohio, spoke by phone with the Florida Catholic, archdiocesan newspaper of Miami, Sept. 25 after leading a team of 14 medical personnel and several logistics volunteers to Abaco Islands Sept. 16-23.

The mobile medical team flew to Abaco from Fort Lauderdale in a collaboration of the Special Commission on Relief and Education of the Filipino Association of Toledo with logistical support from an emergency management specialist of the Florida Catholic Conference and some funding from Catholic Charities of Northwest Florida.

Paat described Abaco as an almost post-apocalyptic scene of abandoned towns and said that from the moment they arrived, they had to improvise their own housing and transportation in an effort to reach various communities and set up mobile health clinics. They worked mostly in collaboration with the United Nations and Bahamian government disaster operations already underway.

The mobile medical team set up base at Kirk of the Pines Church in Marsh Harbour, a Presbyterian community which was the only building still standing in the region. From there, they made daily trips to various communities and islands around Abaco with the support of a Bahamas military vehicle and other nongovernmental teams with transportation there.

They also made stops at St. Francis de Sales Church in Marsh Harbour and the wreckage of St. Mary and Andrew Church in Treasure Cay, both of which appeared abandoned.

The team set up outdoor clinics near some of the well-established Haitian settlements and made forays by ferry to some of the more remote island communities. A nondenominational church connected the medics to a group of 40 Haitians needing care.

“Now as people are coming back, you see number of wounds, lacerations, puncture wounds, the mental issues, post-traumatic stress syndrome, depression and anxiety — on top of what the people have already,” said Paat, who also noted that many of the Haitian immigrants his team treated were suffering from uncontrolled hypertension.

“People were trying to build single-room shanties from the leftover debris,” he said of the shantytown settlements of Abaco.

Currently, as bottled water and donated food resources dry up, there is a danger that dysentery and other infections — even a cholera outbreak — could take hold in the northern Bahamas while the region lacks adequate sanitation, water and electricity services.

“There are still bodies or animals or something underneath that rubble, and they don’t have equipment and personnel to dig through all of that before the go into a reconstruction phase, said Paat, who estimated that this was his 87th emergency medical mission.

Paat’s team treated some 150 patients who will receive follow-up care with the regional clinics that were beginning to resume services.

“Disasters are always a lot of misery, but you find the best in people: neighbors helping neighbors, people coming in from around the world and that is beautiful,” Paat said, adding that his team left behind all their leftover supplies including water purification kits.

In providing post-disaster help, he said: “You have to have a government component and when you want to get things done you go through the churches and use those contacts on the ground.”