‘Maleficent’ is more ‘mistress of misunderstood’ than evil 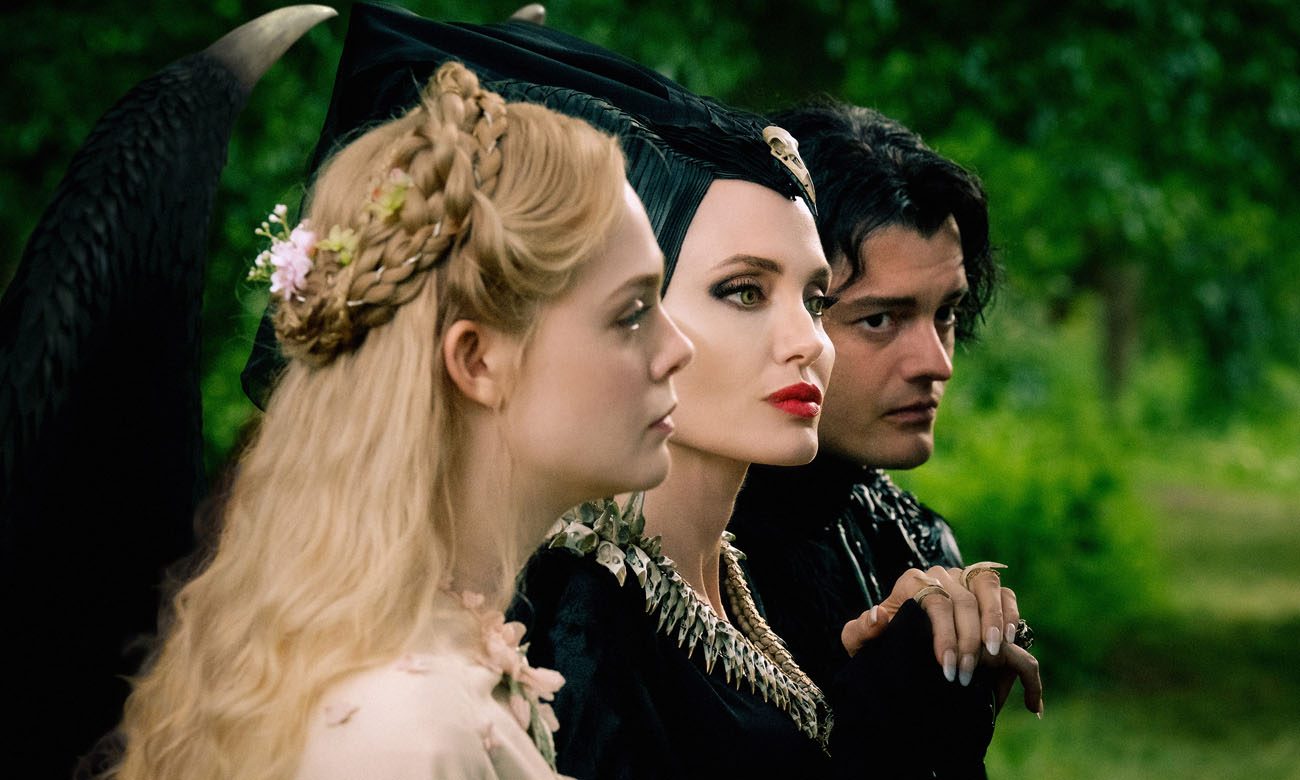 Elle Fanning, Angelina Jolie and Sam Riley star in a scene from the movie “Maleficent: Mistress of Evil.” (CNS photo/Disney)

NEW YORK (CNS) — The moral probing and feminist revisionism that characterized its 2014 predecessor are mostly absent from the routine follow-up “Maleficent: Mistress of Evil” (Disney). So much so, that ethical straightforwardness makes its title seem somewhat misleading.

Having undergone a fundamental conversion in the previous film, the title character, once again portrayed by Angelina Jolie, is now misunderstood rather than wicked. Though ornery and forbidding, she keeps the best interests of her protege, Queen Aurora (Elle Fanning), steadfastly at heart.

Given that Maleficent once cursed the infant Aurora and served as the villainess of both the classic fairy tale “Sleeping Beauty” and the eponymous 1959 animated Disney feature that first named her, that’s quite the turnaround. Still, while Aurora may have her temporary doubts about the woman she has come to regard as her fairy godmother, the audience is given little cause to question Maleficent’s sincerity.

Fans of traditional marriage, meanwhile, will be pleased by the premise of this sequel since early scenes find Aurora accepting the proposal of her longtime suitor, Prince Philip (Harris Dickinson). Predictably, however, the course of true love fails to run smooth since Maleficent fears being displaced in Aurora’s affections while Philip’s thoroughly nasty mom, Queen Ingrith (Michelle Pfeiffer), objects to the match for reasons of her own.

Since the prospective union would promote peace between Philip’s human realm — wisely ruled by his amiable father, King John (Robert Lindsay) — and the fairy domain over which Aurora presides, the complications besetting their romance allow returning screenwriter Linda Woolverton, joined this time by Micah Fitzerman-Blue and Noah Harpster, to deliver worthy but heavy-handed anti-war and pro-tolerance messages.

Warnings about the irresponsible exploitation of natural resources also underlie the story.

Attentive moviegoers will note that Queen Ingrith’s costumes include a dress adorned with what appear to be crosses and that a scene in which the forces of darkness she directs unleash a diabolical plot against the good guys unfolds in the chapel that was to have been the setting for the nuptials. The subsequent introduction of a sympathetic bishop put to rest any fears of an anti-Christian subtext, however.

While “Maleficent: Mistress of Evil” is free of any genuinely objectionable material, scenes of battle and imperiled characters make it too frightening for little ones. To teens and their elders, by contrast, it will likely register as a perfectly acceptable — if uninspired — piece of entertainment.

The film contains much stylized but sometimes harsh combat violence. The Catholic News Service classification is A-II — adults and adolescents. The Motion Picture Association of America rating is PG — parental guidance suggested. Some material may not be suitable for children.