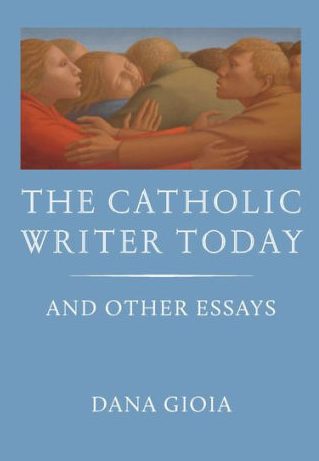 Dana Gioia is something of a Renaissance man. After an education at Stanford and Harvard, he rose through the ranks at General Foods and retired as a senior vice president. That alone would be a mark of achievement.

But there was more to Gioia than selling Jell-O. In his spare time, he wrote poetry and essays and came to public attention in a 1991 essay titled “Can Poetry Matter?” Over the next decade he produced prize-winning poetry, thoughtful essays and operatic libretti. These were the hallmarks of Gioia’s second act.

A unique opportunity set Gioia on a third career as an arts administrator. In 2002, he was selected to serve as chairman of the National Endowment of the Arts and over the next six years was among the strongest and most effective leaders of an agency often caught up in controversy.

In early 2009, Gioia returned to his life as a poet and essayist, but shortly thereafter, he entered a fourth career as a teacher. Beginning in 2010, Gioia began a tenure as a professor at the University of Southern California. Along the way, he also served a term as the poet laureate of California.

That Gioia’s career has been extraordinary and diverse is without question and what binds his achievements together is his belief in the importance of religious faith in general and Catholicism in particular. “I am a Catholic, and I am a writer,” he states plainly. “I don’t think you can separate the two identities.”

Gioia brings together many of his thoughts about art, culture and Catholicism in a handsome volume of previously published essays, interviews and meditations. In truth, the title is ambiguous — referring both to Catholic writers in general and to Gioia himself in particular.

The book is divided into three clusters. The first section focuses both on living Catholic writers and some of the great writers of the past. The second section is composed of two lengthy interviews with Gioia about his faith and work. The third section is a gathering of reflections on a number of interrelated themes including Pauline theology, modern martyrdom, sacred sculpture and choral music. It is a rich and diverse collection.

The title essay sets the tone for the rest of the book. It is here that Gioia dissects what he labels as “literary Catholicism.” Catholic writers today include practicing Catholics, cultural Catholics, and even former Catholics whom Gioia refers to as “anti-Catholic Catholics.” All three contribute to our understanding of the intellectual contours of the church, he says.

Gioia also hearkens back to an earlier era — 1945 to 1965 — when avowedly Catholic writers won numerous literary awards. These were the comfortable years of a confident church that heralded the work of writers such as Trappist Father Thomas Merton, J.F. Powers, Flannery O’Connor, Edwin O’Connor and Walker Percy among others.

Literary Catholicism is not as easily defined today. We find it in the work of Alice McDermott, Ron Hansen, and Richard Rodriguez, of course, but there are other signs as well. “The Catholic writer really needs only three things to succeed,” notes Gioia, “faith, hope and ingenuity.” To be a Catholic writer, he adds, is to embrace one’s spiritual, cultural and personal identity.

So how does Gioia see himself in this literary tradition? “I am just another pilgrim,” he writes. This modest response speaks loudly to anyone interested in the future of literary Catholicism. It’s a beautiful little book — perfect for anyone who embraces the vital role of the church in American culture.

Walch is a historian of American Catholicism and the author of “Parish School” (2016).

PREVIOUS: ‘Maleficent’ is more ‘mistress of misunderstood’ than evil

NEXT: Conversion is aim of pope’s ‘great reform,’ author says