‘The Sojourn’ is worth the trip 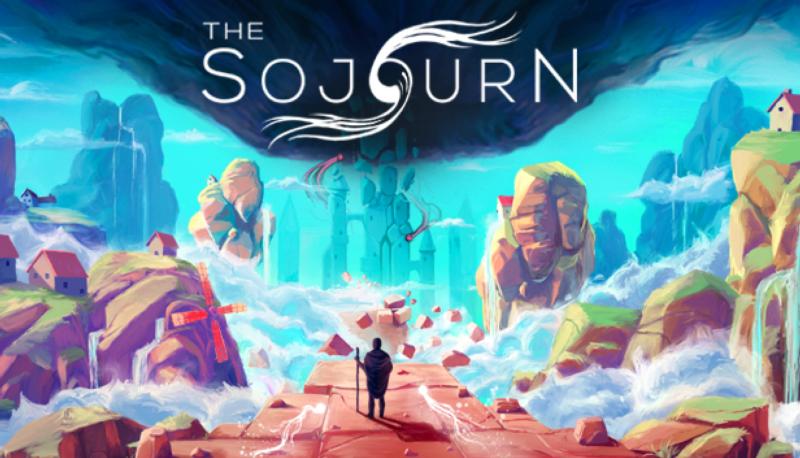 NEW YORK (CNS) — For ages, philosophers have sought to settle questions about the true nature of reality, and “The Sojourn” (Iceberg Interactive) continues that quest.

While this colorfully illuminated puzzle-solving game may not yield the coveted answers, it will certainly encourage players to think long after they’ve set down the controller.

A delightful and pensive walk between parallel worlds of light and shadow, “The Sojourn” is appropriate for all ages. Young gamers may struggle with some puzzles, but there is no objectionable content.

As players travel through a ruined city with incredible background vistas, scattered sculptures tell the mysterious story of a new family and commemorate various milestones, such as the birth of a child. Gamers must solve multiple puzzles to move on to the next area and the next sequence of statues.

What happened to this once-thriving urban community now lying in pieces? Why do some of the statues wear blindfolds? “The Sojourn” may provide the answers, or it may leave gamers uncertain.

For the most part, the city is bathed in iridescent hues — until a player steps onto a circle containing a blue flame. Then the setting shifts to a dark, yet parallel world. This realm is not permanent, however, and gamers are limited to a certain number of steps before they return to the light.

The shadow city is not meant to be seen as demonic or evil. Rather, it serves to highlight a dimension of reality that is always present, but not normally visible.

An analogy to the physical world would be the way a shadow reveals the depth and contours of an illuminated object, thus unveiling a deeper reality than light alone can. Another point of reflection is that we all live in this visible reality but, at the same time, there is a great deal that we do not see — the whole supernatural order, in fact. Such spiritual comparisons — with the unseen yet real presence of Jesus in the Eucharist, for instance — can be intriguing for Catholic gamers.

While in the shadows, it’s possible to interact with the statues. Some of them allow the player to swap positions with them, while others will temporarily restore broken bridges or stairs, thus providing access to other areas of the map. Since movement is limited, gamers must discover the best way to utilize the dark world and the statues to reach the end of the map and unlock the gateway to the next puzzle.

Some puzzle rooms unlock a bonus challenge after completion, which in turn reveals a scroll containing a philosophical statement. A representative of Iceberg Interactive told Catholic News Service that these messages are inspired by classic philosophers such as “Aristotle and Plato — and some are from philosophers and leaders alive today.” This was important for the formation of this metaphysical game because “‘The Sojourn’ is, above anything else, a very human story.”

Gameplay can take about 10 to 15 hours to complete. The puzzle mechanics throughout are both simple and evolving, so while they may seem challenging, they are not unsolvable. The underlying narrative weaving the dozens of puzzles together is magnetic, pulling gamers on to the next segment.

Playable on PlayStation 4, Xbox One and Windows.

PREVIOUS: Even in the dungeon, ‘Children of Morta’ highlights role of family